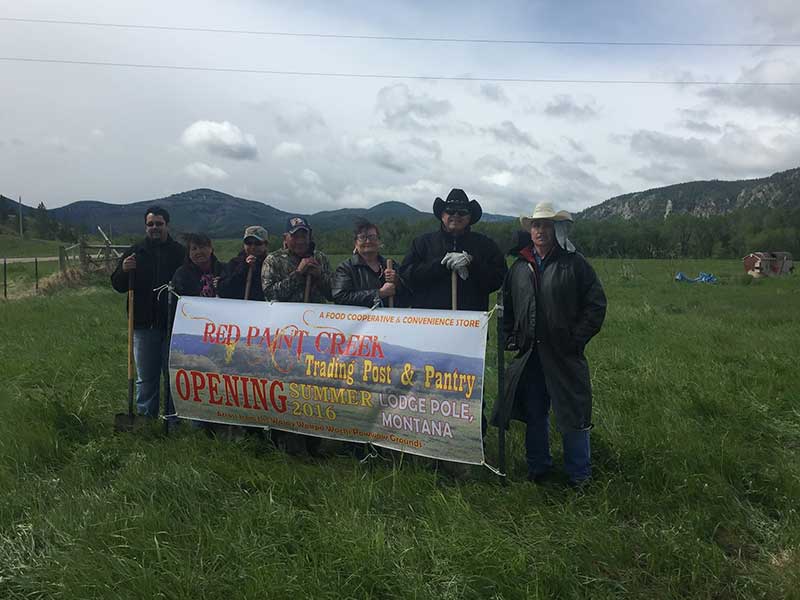 Lodge Pole, Montana, located within the Fort Belknap Indian Reservation, will have its own grocery store for the first time in decades when the Red Paint Creek Trading Post and Pantry, a nonprofit cooperative, opens this summer.

Leslie “Josie” Cliff, GM and project manager, told The Shelby Report in late May that the store is scheduled for a soft open on July 14.

“That’s what we’re shooting for,” she said. “Then we’ll be planning a grand opening—maybe a month after that, sometime in August.”

Members of the Fort Belknap community have been patient—the store has been in development since 2014—but it will be a relief when it opens. Residents in Lodge Pole currently have to make a 100-mile round trip for groceries, or for anything else they might need.

“We don’t have any stores at all, so this will be the first store,” Cliff said.

About half of the approximately 5,300-s.f. building will house the store, which will carry locally grown produce and locally sourced meats, along with dry goods; the rest will be devoted to a commercial kitchen and food pantry.

The development also will feature a gas station offering both diesel and unleaded fuel from dispensers equipped with credit card readers. The pumps will be open 24/7, while the store will operate from about 8 a.m. to 10 p.m.

“Maybe for the summer hours, we might be open an hour later,” Cliff said.

The store will employ five or six people.

A few bumps along the way
It hasn’t been easy securing funding or finding the labor to get this project off the ground. While the Trading Post has gotten a significant amount of funding from both grants and from local organizations, meeting the grant requirements has occasionally posed a problem.

“Some of the grants require you to get three quotes (before spending the money), and you have to have a sealed bid. But just trying to get quotes from different companies who are willing to provide one was really difficult for us,” Cliff said. “Some of the hurdles have been with the refrigeration and trying to get commercial contractors to travel way out to this isolated (area) because right now is their busy season in the bigger cities in Montana.”

But the community is determined, and the Trading Post has benefited from a significant amount of volunteer work.

“We had some local craftsmen that were building the checkstand, and some of the wood came from our mountains,” Cliff said. “On the southern end of the reservation, we have the Little Rocky Mountains, so some of that wood came from the mountains there.”

Some of the store’s offerings, as well the goods made in the kitchen and stocked in the food pantry, will come from community gardens.

In addition to benefiting from a garden started by Lodge Pole residents four years ago, the Trading Post also will have harvests from a high tunnel greenhouse and an orchard of fruit trees.

“We’re almost done putting the greenhouse up,” Cliff said in late May. “That’s all volunteer work, community members…It’s a lot of community help, and it’s pretty awesome to be a part of.”

The grant’s purpose is to create a commercial kitchen equipped with NSF certified equipment, to increase the food capacity for the Red Paint Creek Trading Post and satisfy the healthy food needs of the Lodge Pole, Hays and Fort Belknap communities. The commercial kitchen will allow for locally grown food preparation, preservation techniques and culinary classes. As a result, locally grown produce and value-added food products will be more readily available to Fort Belknap communities, the organization says.

This is in line with the First Nation Development Institute’s goal of strengthening and revitalizing Native American economies and communities through grants, according to Harlan Mount, FBCEDC executive director.

“I believe the impact of the grant will increase the knowledge of the different types of food preservation available and assist with processing locally grown produce and value-added food products,” he said.

*Editor’s note: This is part of the Montana Market Profile, which appears in its entirety in the July 2017 print edition of The Shelby Report of the West. 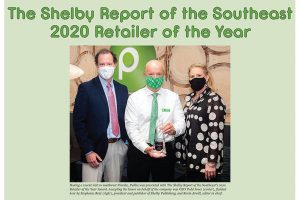 Retailers Beware: ‘Basket Bandits’ Are Here To Stay
User Conference Brings Together The Brains From The Back Office