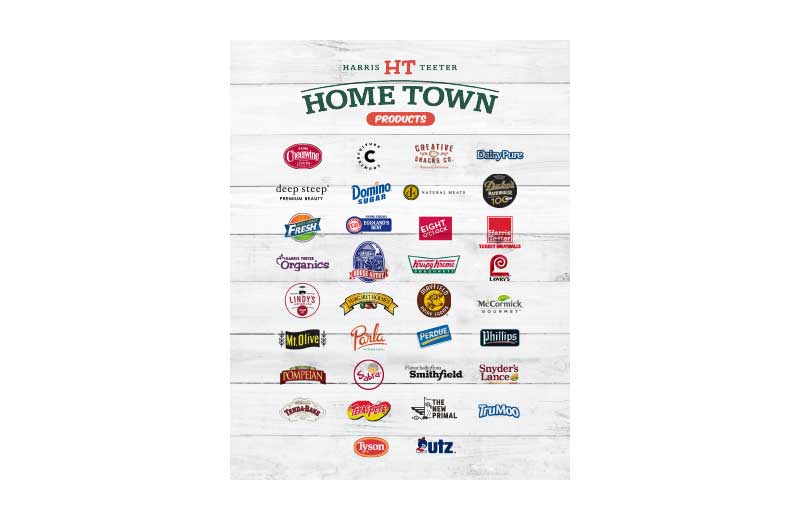 A recent study conducted by Concentric found that 77 percent of Harris Teeter shoppers would be more likely to purchase a product if they knew that it had been produced locally. When asked why local products appealed to them, shoppers said, “I want to support my local community”; “Local brands feel exclusive to my area”; and “These brands create jobs and economic growth in my area.” However, the study also found that, while loyal Harris Teeter shoppers were drawn to the idea of purchasing local products, many of those shoppers weren’t aware of the large number of local brands currently on the supermarket chain’s shelves. This disconnect and opportunity led to the creation of the HT Home Town program, which launched chain-wide earlier this summer.

Bob Shaw, president of Concentric, says, “As more and more grocers spread their footprint across each other’s markets, it’s important to recognize the few long-standing commitments of a truly ‘local’ brand. Harris Teeter and the 33 brands in its Home Town program are part of the fabric of our area, and Concentric is proud to bring their interconnected stories to life.”

Each brand featured in Home Town has its own unique story, according to Concentric.

For example Texas Pete isn’t from Texas, but from Winston-Salem, North Carolina. When the Garner family was struggling to keep up with seven children during the Great Depression, the second oldest son purchased a restaurant instead of going to college. While the restaurant didn’t survive, the sauce made there did. Eighty years later, members of the third and fourth generations of the Garner family run the Texas Pete company.

House-Autry Mills is another Home Town brand that has been a part of traditional Southern flavor for more than 200 years, according to Concentric. House-Autry’s origins date back to 1812, when the founding family migrated from England to Newton Grove, North Carolina, introducing the state’s first gristmill operation. Today, the House-Autry family has grown to 100-plus employees. House-Autry says it views these employees as family members, pausing their around-the-clock operations each month to come together to enjoy a company-wide luncheon.

Concentric says other featured Home Town brands are committed to efforts that will preserve the environment. Sabra produces its popular hummus and spreads at its Gold LEED-certified facility in Richmond, Virginia, and also provides the local community with an on-site organic garden and education in cooking and nutrition. Eight O’Clock Coffee’s manufacturing team in Landover, Maryland, conducts sustainability initiatives like a coffee composting program, eliminating more than 350,000 pounds of coffee from local landfills. Instead, the compost is put to use at local farms and colleges to grow produce for the community.

“We’re excited about launching HT Home Town in our stores and expect the program to highlight the extensive number of locally produced products available to our valued shoppers on a regular basis,” said Danna Robinson, communication manager for Matthews, North Carolina-based Harris Teeter. “Our end goal is to feature the various ways Harris Teeter supports local communities, not only through important community service initiatives, but also through the products our buyers carefully select for each department.”

Harris Teeter is a wholly-owned subsidiary of The Kroger Co. and operates stores in North and Carolina, Virginia, Georgia, Maryland, Delaware, Florida and the District of Columbia. 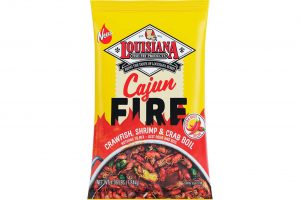 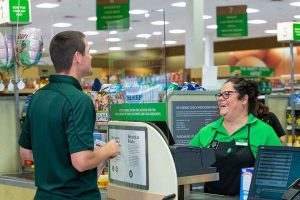 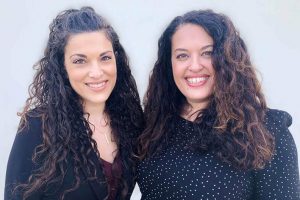