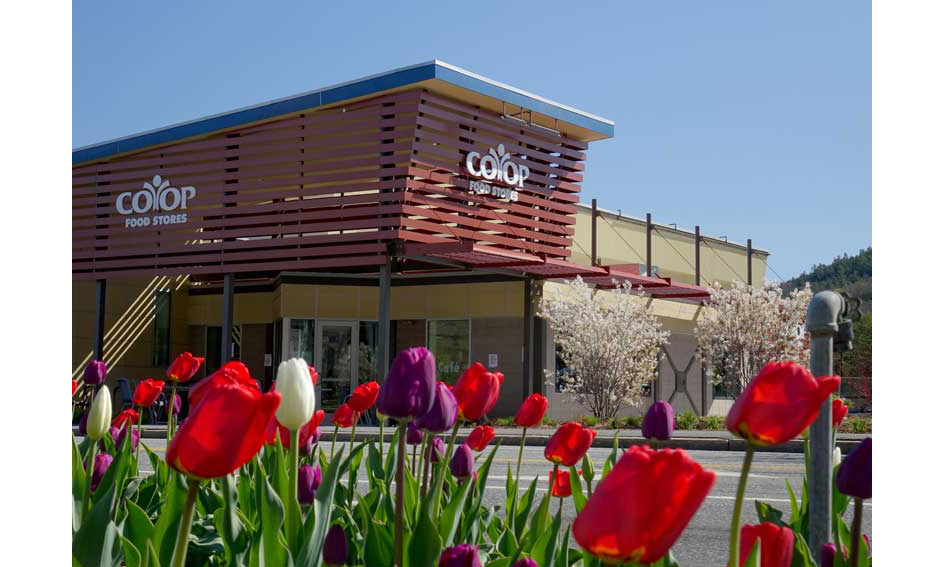 If you’ve ever seen a picture postcard of a quaint New England town, then you have a pretty good idea about the communities Hanover Co-op Food Stores serves, according to Allan Reetz, director of public relations.

The 81-year-old co-op operates four retail stores in the Upper Connecticut River Valley, in Lebanon and Hanover, New Hampshire, and White River Junction, Vermont. The small, idyllic towns lie along the border between the two states. Hanover is home to Dartmouth College.

The retail stores are located within a seven-mile radius and collectively see more than 5,000 transactions each day, Reetz said. The co-op also has an auto service station and a commissary, or Co-op Kitchen as it is called, where products are made for the stores, including fresh-cut produce.

Because the towns are located along the Connecticut River, there still is an agricultural feel to the area, and because large employers include Dartmouth and a teaching hospital and medical center, consumers are well-informed and appreciative of the co-op model.

Though there are fewer than 15,000 residents in the core towns of Hanover, Lebanon and White River Junction, “Our Co-op” boasts 24,000 members. They make up approximately 75 percent of all shoppers who frequent the stores, said GM Ed Fox.

The four retail locations serve “a broad range of folks, whether they’re people who work in a hospital setting or the university, and we have these smaller communities, too, towns of a few hundred, so a range of folks who either come here for the university, the hospital or the lifestyle and those who were born and raised around here,” Fox said. “It’s a nice blend.”

Fox was recruited to lead Hanover Co-op Food Stores. He was familiar with the stores, was looking for an opportunity and people he’d worked with before suggested he try for the job.

He came on board in September last year and officially took over as GM on Nov. 1, 2016.

Fox’s background is in manufacturing, including specialty foods, as well as in nonprofits, including the Vermont Food Bank, which is part of the Feeding America network. He most recently was VP of operations for a nonprofit based in Boston that serves children in need.

That background gave him the right tools for leading Hanover Co-op.“It’s interesting because the co-op world kind of lands right in the middle of the two,” Fox said.

Fox is himself very active in the local community. He serves on the board of a local nonprofit, as well as other boards and local committees, and is involved with local business leaders and elected officials. He engages with them on local issues, including those that most concern the co-op and its members.

“We’re very concerned about environmental impact,” Fox said. “We’re also concerned about the economy. One big thing that we’re really keeping a close watch on is affordable housing; how it is really starting to affect the decisions people are making about how far they want to drive from work. Many of them are being pushed to come from farther and farther away because of the housing issues.”

Reetz seconded the involvement in the local economy and said it is important the co-op is involved because it is “the largest locally owned grocery store really in New England, in terms of local ownership. We’re a $70 million enterprise.”

Its impact is amplified by its relationship with more than 300 local and regional food producers and vendors.

“From those vendors, we bring in upward of 4,000 products from within a 100-mile radius. To put a dollar sign in front of that, that’s $13 million worth of local and regional economic impact,” Reetz added. “That’s money going right back into people who are hiring locally, sourcing locally and taking care of the communities.”

Hanover Co-op Food Stores also focuses on sustainability out of concern for the environment. In September, the Environmental Protection Agency named the co-op a top retailer for reduction of greenhouse gas emissions from its coolers and freezers.

“We reduced our greenhouse emissions down to where they’re just 9 percent, about a third of the average grocery stores in the United States,” Reetz said. “That’s one way that we impact the community locally and also globally.”

Hanover Co-op Food Stores also takes care of people. It offers a classic round-up program at the registers called Pennies for Change. Members and customers can round up the total of their purchases to the next dollar at the register. Pennies for Change got its start in June 2016 and already has produced phenomenal results. Through June 2017, members and shoppers donated more than a quarter of a million dollars.

“That program is raising on average over $20,000 a month and that money goes directly to local organizations that serve the community with a strong focus on hunger-relief organizations,” Reetz said. “We have three partners who serve people who need food security.”

“That program is 100 percent money from members and shoppers,” Fox said. “And 100 percent of it goes back to the nonprofits. The nonprofits have said it’s been a game changer for them, as you can well imagine.”

“It’s called Willing Hands,” Reetz said. “It had its beginnings within our co-op and now it’s a standalone nonprofit that just does remarkable work to bring food to those in need.”

Benefits of the co-op model

Hanover Co-op is a member of Associated Grocers of New England (AGNE). Fox said he appreciates the cooperative model and named two of the biggest benefits of being a member. The first is the availability of product.

“They deliver to us multiple times a week, which is huge in a low margin, high inventory turnover industry,” Fox said. “So that allows us to use them as a warehouse, which is fantastic.”

Hanover Co-op offers its member-owners and shoppers a wide variety of products. Conventional offerings are there along with natural items and organics.

“What really attracted me to this co-op model is that you can go into the store and buy anything you want based on things like how much money you have, how healthy it is or not,” Fox said. “Our goal is to provide high-quality products at competitive pricing as best we can, but also to educate our members and shoppers about the products. When they go in and they see two products side by side, they know the good, bad and ugly of all of them and they can decide which one they want to buy.”

He said the other top benefit is the quality of AGNE’s offerings.

“It’s always very good quality and there always is a good quantity available,” he said.

Being part of AGNE also is important because like Hanover Co-op, it is a local operation. AGNE is based in Pembroke, New Hampshire.

“When I stop by my local corner store, drive past or shop at an independent grocer somewhere in the state, I know that they, too, are most likely sourcing their food from Associated Grocers of New England,” Reetz said. “That economic impact helps maintain a vibrant foodshed.”

The trend that matters most

Of the many industry trends grocers follow, the move to get more local products in stores is near the top. “Local” can be a subjective term.

“I would almost say ‘local’ in quotes because many businesses—whether it’s a grocery store, a convenience store or even a bank—are throwing the term ‘local’ on anything because they know it has appeal to consumers at any number of levels,” Reetz said. “With that said, we now have begun to see our competitors—or stores across the nation—move toward this importance in local, yet too often the term ‘local’ is used in store signage, but truly local products are hard to find on that store’s shelves.”

When Hanover Co-op was established, it was clear that local products were to be a priority. Reetz referred to the minutes of the very first meeting of the 17 local families who founded the co-op in 1936.

“It says that they committed to buying from local vendors as much as possible,” Reetz said. “We’ve been at this game for about 81 years and what I would say is it is distinguishing what local really is. For us, produce that comes from four or five states away is ‘Northeast,’ and that’s fine. There are great farmers all around.

“But local for us, from a practical standpoint, is within 100 miles,” he added. “It’s worth noting that both New Hampshire and Vermont lead the nation in terms of having laws on the books as to what can and cannot be called local. So that’s an important point and that’s something we support.”

Over the past year, Hanover Co-op has invested in a perpetual inventory system as it changed its point-of-sale structure, software and hardware. It also reinvested in its kitchen operations.

The goal moving forward is to continue to enhance the in-store experience.

“We want to get shoppers and members to come to the store,” Fox said. “And in spite of online ordering and Amazon, there is still a large majority of shoppers who want to see, feel and touch the product when it comes to food. So that’s what it’s all about.”

Reetz agreed and said the cooperative also is investing in its people to maintain its competitive edge.

“Close to 80 percent of our staff has benefits—which is the exact opposite of what you would find in a typical grocery store—like healthcare, 401(k), dental, paid leave, training. As a locally owned business, we know that our people make the business run and they remain our biggest assets. The investments will free up our people even more to do what they do best, which is to serve members and customers.”

Fox said that at the end of the day, the goal of the co-op is not to sell something to someone. There is a different dynamic at work.

“We’re here as buyers for our member-owners,” Fox said. “We are literally here to make sure the fish we are putting in the case is fresh or the fruit you’re putting on the shelf is truly fresh for that member-owner walking in; or even when you bring your car in and it’s serviced. We’re really there to serve our member-owners.”

*Editor’s note: This is part of the 2017 ROFDA Report, which appears in the December 2017 print editions of The Shelby Report and The Griffin Report of the Northeast.

ROFDA And Rosie To Bring Online Shopping To 2,000 Independents

Bo Jackson Says: Brand Name Is Meaningless Without A Reputation For Quality 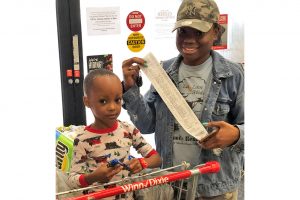 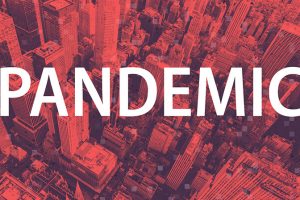