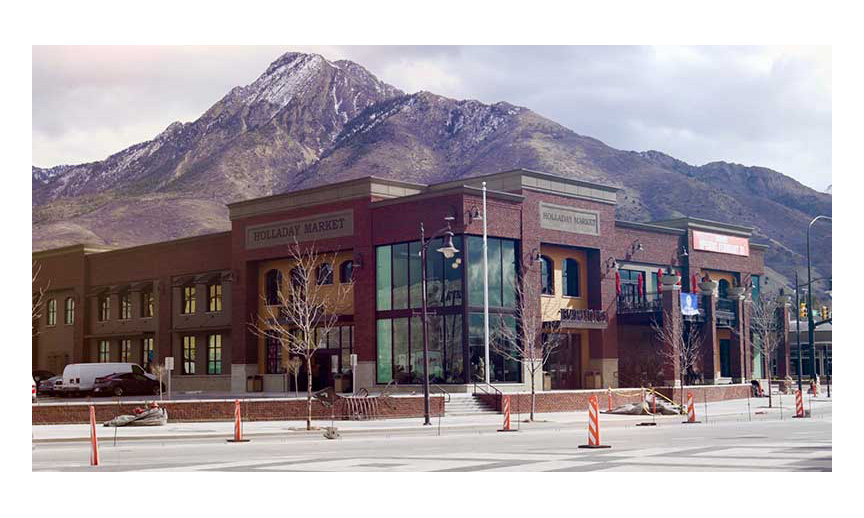 Utah has a strong economy and a strong stable of grocers, both chains and independents. Chains include Smith’s (a Kroger banner),Trader Joe’s and Whole Foods Market; independents include Lee’s Marketplace, Harmons and Associated Food Stores (AFS), which has both wholesale customers and its own corporate stores.

A new Trader Joe’s will open in Orem in late 2018, according to the company’s website, and Harmons will open a store with a gas station in a new mixed-use project in Riverton. A date for the opening has not yet been set. In February, Harmons opened a new “state-of-the-art” store in Holladay, Utah, that is smaller than a traditional Harmons but offers many of the same amenities as larger stores plus a focus on fresh foods prepared from scratch by chefs. It even offers a cooking school.

One casualty of the grocery competition in the state, however, is Allen’s Super Save Markets of Provo and Springville, which recently closed their doors.

Dave Davis, president and chief legal officer of the Utah Food Industry Association, asked if he sees the store being refilled with a grocer, said, “I think people will constantly be looking at markets and counting rooftops and seeing where it makes sense to put a store. It’s great to work with and for retailers because they are so savvy, and I think that the market will sort of dictate whether or not someone backs it or whether the existing stores just take that business.”

One of the independent grocers that continues to thrive is Lee’s Marketplace.

Lee’s started as a single store in Smithfield and now has five locations in the Logan and Hebron area. Lee’s Marketplace also has purchased land in Richmond, with plans to continue expanding. The qualities that set Lee’s Marketplace apart are made-from-scratch bakeries, products in various package sizes, open and bright stores, as well as a strong emphasis on fresh through the store.

Jonathan Badger, president and COO, said, “We really try to focus on the experience of our guests in the store as they come in and what we can do to make sure they are taken care of in every way possible. We give really low prices on a few items. We have samples throughout the store, things they can use for the holidays, things they can use for summer, grilling events, things like that.”

In February two AFS chains received top honors in the National Grocers Association’s Creative Choice Awards. Macey’s received the Best Connections Through TV Radio award for its Macey’s Moments commercials, as well as top honors in the Grand Opening or Remodel category. Honey Bee Produce Co. was awarded in the Public Service or Charitable Cause Event category for its Bags for Bees program.

“It is always an honor to be recognized by our peers and the industry for the work we’re doing to create unique shopping experiences in our stores,” said Jason Sokol, director of marketing for AFS. “We are thrilled by these recognitions and so proud of our teams for making the Macey’s Murray grand opening and Honey Bee Produce Company’s Bag for Bees program so successful.”

Bob Obray, CFO of AFS, said the general stores of yesteryear provide a good template for the kind of customer service independents should look at providing.

“We really have to take that approach today, but it is on a much larger scale and in order to do that, we have to really leverage the data and other information that we have about our unique and individual consumer, so we can offer that very personalized, specific experience to them, whether it be the products that we are offering them, the services we’re offering them,” Obray said.

Harmons Grocery has a long history in the Utah market, starting as a fruit stand in 1932. It now has 17 locations with more than 3,000 associates. In 2016 Harmons opened its doors In Santa Clara. This store includes a cooking school, mezzanine, outdoor balcony and conference rooms for catering events. The store also brought more than 300 jobs to the area.

For several years now, Utah has been developing its version of Silicon Valley.

Davis said, “I think for the past four or five years when the Pew Institute has done a study of the best economies in the country, Utah and the Salt Lake City metro area have always ranked at either number one or number two on those surveys, so the economic environment is very good. There is a big push to create sort of a second Silicon Valley in Utah—calling it Silicon Slopes—and they are trying to attract jobs. Good high-wage jobs.”

These types of jobs bring a lot of consumers to the market, and with a business-friendly administration it is even easier to operate a business. Davis says that the current administration under Republican Gov. Gary Herbert has “done an excellent job of recruiting business and creating an environment where there are smaller amounts of regulation.”

AFS’ Obray believes the state of the Utah economy encourages new growth, but the growth should be done cautiously.

“Utah is a state that probably is in the top quartile, if not in the top 10 for population growth, so we definitely think there is opportunity to take advantage of ongoing and projected growth over the next several decades. However, Utah also probably has a very high square footage of retail space. In fact, the square footage of retail space is probably outpacing the population growth.”

AFS will take advantage of good opportunities but will be cautious about locations and formats, he said.

In terms of legislation, in Utah there has been a major push for a level playing field for brick-and-mortar stores and online sellers. During a recent special legislative session, a bill was passed that will bring parity to these groups. Effective Jan. 1, 2019, Davis said, online merchants will be required to collect the state’s 4.7 percent sales tax on purchases.

Another issue that legislature is working on is the 3.2 or low-alcohol beer. This issue is important because Utah and Minnesota are the only two states who sell these beers, and beer makers are cutting back on the amount of these beers that they supply. Davis says this issue “has been very concerning for grocery retailers here because we’re starting to see with some suppliers, especially the big national suppliers, that they have been cutting back on the amount of 3.2 beer that they are making available. The type and variety that are available are likely going to continue to diminish. That is going to be a big issue here in Utah—how are we going to deal with that, is there going to be enough supply out there so that our grocery stores can continue to offer a good selection and variety of those products?”

A third area of legislative interest is related to healthcare. Legislators are looking at the possibility of turning the neighborhood grocer into a one-stop shop for basic medical needs. This would including testing for minor things such as strep throat or urinary tract infections, right in the store, and giving the pharmacist the ability to write and dispense prescriptions, all without a trip to the doctor’s office. There also is a push in Utah to require consumers to use reusable bags or purchase plastic bags, but Obray says that it has not gotten very far. 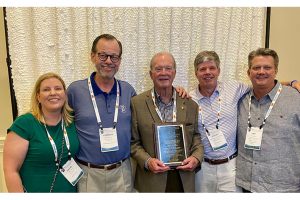 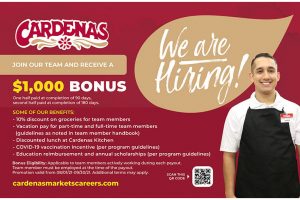 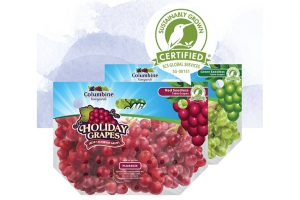