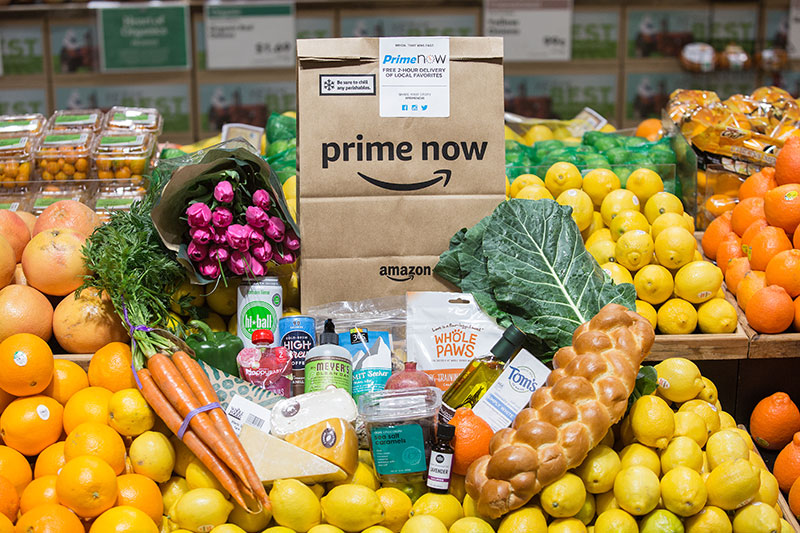 Amazon has launched grocery delivery from Whole Foods Market through Prime Now in Annapolis, Cleveland, Louisville, North and Central New Jersey and Pittsburgh, as well as additional locations in the San Francisco Bay Area. Prime members in those cities now can shop through Prime Now for thousands of items, including fresh produce, meat and seafood, everyday staples and other locally sourced items from Whole Foods Market.

Now available in 53 cities, the service launched earlier this year with plans for continued expansion across the U.S. throughout the rest of 2018.

Additionally, curbside grocery pickup from Whole Foods Market expanded this week to three new cities: Dayton, Louisville and Omaha. The service launched in August and now is available in eight cities with plans for continued expansion.

“Prime Now delivery continues to be a hit with our customers, and we’re excited to introduce the service in five new cities plus more neighborhoods in the San Francisco Bay Area,” said Christina Minardi, Whole Foods Market EVP of operations. “And for our customers in Dayton, Louisville and Omaha, we’re thrilled to also offer the option of grocery pickup. It’s just another way we’re making it even easier for more customers to enjoy Whole Foods Market’s healthy and organic food.”

Select alcohol also is available for delivery or pickup to customers in Cleveland, Dayton, Omaha and the San Francisco Bay Area.

Pickup and delivery from Whole Foods Market are available daily from 8 a.m. to 10 p.m.

Delivery From Whole Foods Expands To Detroit, Orlando, Other Cities