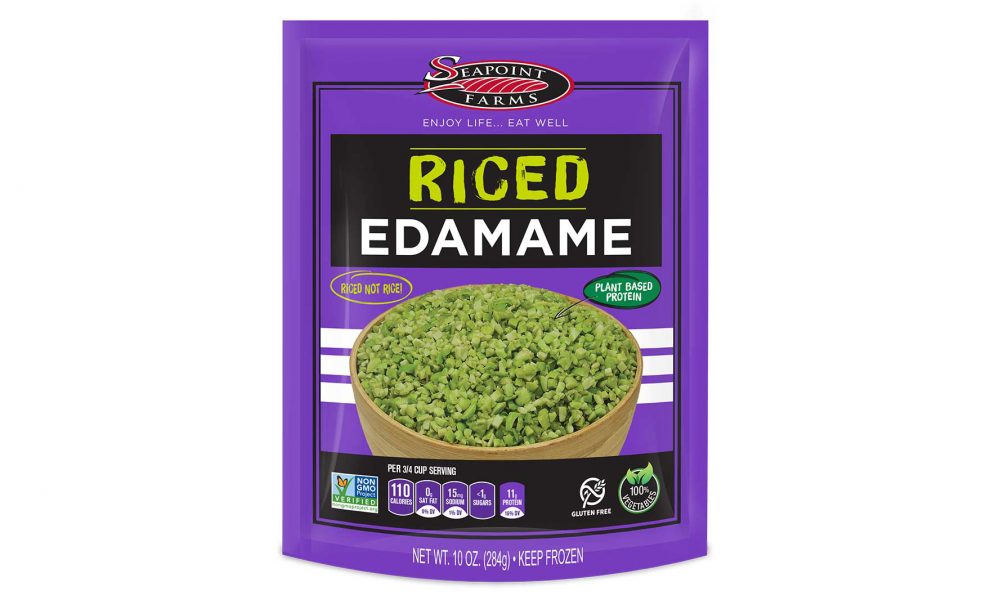 Southern California-based Seapoint Farms is rolling out what it says is the world’s first-ever edamame-based rice substitute, “Riced.”

Riced products will be available beginning in mid-February at leading supermarkets and health food stores nationwide for an MSRP of $3.39. Riced also will be sold on Amazon.com beginning in March.

With more and more consumers gravitating toward grain-free, plant-based protein and low-carb diets that require foregoing white rice and even its healthier brown rice counterpart,  demand for a viable alternative is high.

Veggie-based Riced products are low in sodium and calories; high in protein; verified non-GMO; vegan; and free of gluten, grains, trans fat, saturated fat and cholesterol. In addition, both new Riced varieties are rich in vitamins, with Riced Edamame containing 70mg of calcium and 440 mg of potassium per 85g serving; and Riced Medley containing 20 mg of calcium, 200 mg of potassium and 530 mcg of Vitamin A per 85g serving.

“After exhaustive development both internally as well as with outside chefs and nutritionists, we believe Riced is a perfect alternative for any rice lover who’s looking to cut back on carbs and benefit from a more plant-based diet without sacrificing the flavor, versatility, affordability and convenience that’s made rice such a universal favorite for generations,” said Laura Cross, Seapoint Farms’ president.