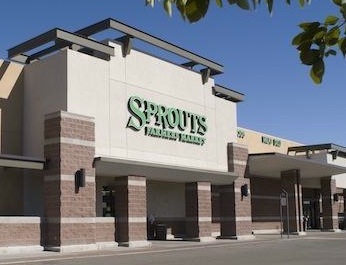 Net income in the quarter was down to $35 million vs. $42 million from the same period in 2018. Diluted earnings per share was $0.30 vs. $0.32 from the same period in 2018. According to Sprouts, the decrease was driven by the impact of the adoption of the new lease accounting standard in 2019 and a challenging sales environment. This was partially offset by fewer shares outstanding due to the repurchase program.

Net sales in the second quarter were $1.4 billion, a 7 percent increase compared to the same period in 2018. Sprouts says its net sales growth was driven by strong performance in new stores opened plus the small uptick in comparable store sales.

Gross profit for the quarter increased 6 percent to $465 million, resulting in a gross profit margin of 32.8 percent, a decrease of 35 basis points compared to the same period in 2018. This primarily was driven by product cost inflation not fully reflected in retail pricing and slightly higher distribution and transportation costs.

“We are grateful to have Jack Sinclair join the Sprouts team as our new CEO and are confident his insightful grocery experience makes him well positioned to strategically advance Sprouts’ unique model and improve its performance as the brand expands its footprint,” said Chip Molloy, interim CFO and board member.

During the second quarter, Sprouts opened six new stores, including one each in the new states of Louisiana and New Jersey. As planned, one lease expired during the second quarter and was not renewed. Five additional stores have been opened in the third quarter to date, resulting in a total of 331 stores in 21 states as of Aug. 1.

Results for the half

Sprouts generated cash from operations of $249 million year-to-date through June 30 and invested $84 million in capital expenditures net of landlord reimbursement, primarily for new stores. In addition, the company repurchased 2.4 million shares of common stock for a total year-to-date investment of $163 million. Sprouts ended the quarter with a $515 million balance on our revolving credit facility, $27 million of letters of credit outstanding under the facility, $59 million in cash and cash equivalents and $55 million available under our current share repurchase authorization.

Sprouts adjusted the 2019 guidance, reflecting year-to-date performance and expectation for the remainder of the year. It expects net sales growth of 7-8 percent; about 28 stores to open; flat comparable sales growth; and capital expenditures of $170-$175 million.