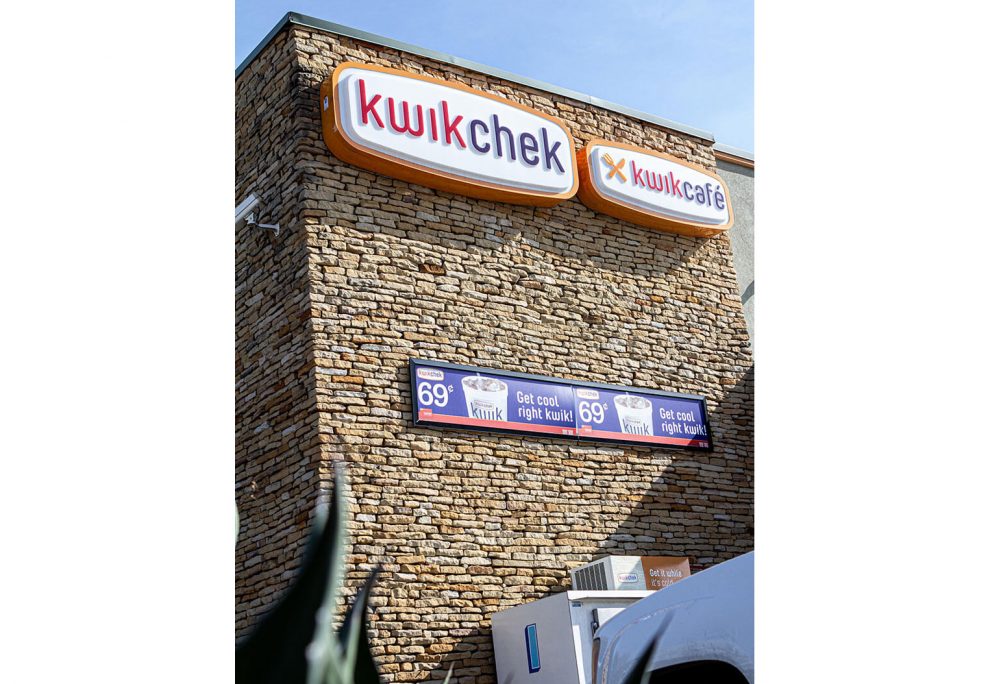 Kwik Chek is a 47-location convenience store chain with stores scattered all over Texas and a few in southern Oklahoma. As is the case with food retailers nationwide, the chain’s dominant current challenge is how to deal with the Covid-19 pandemic. Texas is not yet in a lockdown mode, but store traffic has been curtailed in general. With the economic downturn hitting the oil sector hard, stores that serve those areas in Texas are feeling pressure.

CEO Kevin Smartt said Kwik Chek is adjusting to the pandemic on multiple fronts, including implementing a daily task protocol for employees.

“Our employee and customer safety is our first priority,” Smartt said. “We installed sneeze-guards at all of our POS checkout stations to provide some protection between employee and customer. We’ve given them the option of wearing gloves. We keep sanitizer available for staff and customers, although we are having a hard time sourcing that. We put down tape or markers on the floor to show what six feet of social distancing should look like, starting at the checkout station, marking back through the stores, so that people can see and hopefully observe that.”

In stores offering fresh, prepared food, employees disinfect all of the high-touch points every 15 to 30 minutes. For traditional-format stores, it’s every 90 minutes to two hours.

“We have created a matrix for our stores, so that they can follow the strict protocol and also that they can identify the signs if someone is not feeling well.” Smartt said. “If we do have a positive case of the Covid-19, we will close the store. We have contracted with outside sanitation firms to come in and completely disinfect the entire store, if that happens. It’s a list that goes on and on, but it has a lot of important things to keep our employees and customers safe.”

So far, Kwik Chek has not adjusted store hours, but Smartt said it’s something he and his staff look at daily. For now, the stores are maintaining their regular hours to serve nearby customers. Regular hours also provide a sense of normalcy for the company’s 550 employees.

“They (employees) are all panicked about keeping a job and maintaining their hours,” he said. “We may have gone a bit counter to what many in retail are doing right now, but we have been able to maintain so far.”

The chain also has dealt with supply-chain issues the past few weeks, mainly related to a few core essential items that consumers have made runs on such as toilet paper, paper towels, sanitizers, eggs, milk and bread. He says those items were hit hard initially, and it’s been difficult to catch up. The items that do come are snapped up quickly. Distributors are being stretched to keep up with demand.

“We’ve had some hiccups with deliveries here and there, but overall, the suppliers are working extremely hard and doing the best they can to catch up.” Smartt said. “Given another week or two, we’ll probably be back in a better position.”

Convenience stores have long played an important role during natural disasters and bad weather, according to Smartt. Now, they are doing the same during the pandemic.

“Ninety percent of Americans live within 10 minutes of a convenience store,” Smartt said. “When we can carry essential items, not just fuel, but at times like this, milk and eggs and bread, things that people need, we are filling a critical need for communities. It’s becoming evident that we are part of the class of business considered essential.”

Smartt said when the pandemic began to hit the U.S., he called several Texas legislators to make sure they understood that for many rural markets, convenience stores are the only grocery store for many people.

“On a weekend, people may have time to drive 30 or 40 miles to a grocery store, but during the week, we are the fill-in for whatever needs arise,” he said. “I wanted to make sure that everyone on the state legislative level understood that, and they did. One thing I’ve found with this pandemic is that no matter who you are or what level you are, a politician or a grocer, everyone is working together to take care of consumers and employees. I find that uplifting, that people have rallied to take care of others.”

Smartt said the chain has been in expansion mode the past few years.

“We are constantly evaluating our assets and the chain and where and how we operate,” he said. “We have in the past sold off some of our underperforming stores. Our goal is to continue to grow. We are building three new stores in the Austin market. We already have the property purchased; we are in the permitting process currently.”

Smartt said he also is looking for other acquisitions to fill in gaps in the chain’s operating areas in Texas.

“We think there is still a lot of room to grow in Texas, so that’s what we are concentrating on,” he said.

Kwik Chek’s current locations are spread throughout Texas and into southern Oklahoma. They stretch 1,250 miles north to south with stores in Laredo, the San Antonio area and the Texas Hill Country. They stretch as far west as Midland and Big Springs.