Sparkling Ice, made by Talking Rain Beverage Co., has announced the selection of three finalists for its first-ever Cheers to Heroes campaign and contest to celebrate America’s hometown heroes, in conjunction with its fifth annual partnership with the Honor Flight Network. Each individual is being honored for their support and dedication to their communities and are now in the running to be named the winner of the Cheers to Heroes Contest and receive a cash prize of $10,000. 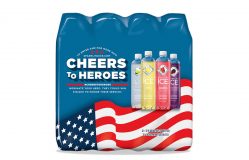 The Cheers to Heroes campaign officially launched in April, when Sparkling Ice hosted a call-to-action for consumers to nominate a hero in their life. The company also pledged to give back $400,000 to unsung heroes through various initiatives including a donation to the Honor Flight Network and by creating “surprise and delight” moments for everyday consumers.

Between April and June, more than 3,000 nominations were submitted from over 1,700 cities across the country, highlighting everyday heroes ranging from first line responders, community activists, teachers, office managers, doctors, nurses, friends, neighbors and more, for the notable and heroic work they’ve done in their communities. Now, Sparkling Ice is asking America to join in celebrating these everyday heroes by voting for their hero.

After careful consideration, the finalists include:

Consumers across the country can vote until the end of July at sparklingice.com/cheerstoheroes. The winner will be announced on Aug. 7, and the nominator of the winning hero will receive a $500 prize. Voters also will be entered into a drawing for a chance to win a $50 gift card.

The Honor Flight Network is a non-profit organization that honors America’s veterans. Over the course of Sparkling Ice’s partnership with Honor Flight, the brand has raised more than $352,000, sponsoring more than 350 veteran trips to Washington, D.C., through past initiatives and donations from vendors, partners and individuals.

Sparkling Ice beverages are made with zero sugar and combine sparkling water, real fruit flavor, colors from natural sources, and vitamins and antioxidants.

For more information on the campaign, see story here. 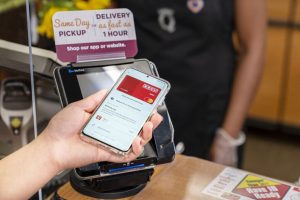