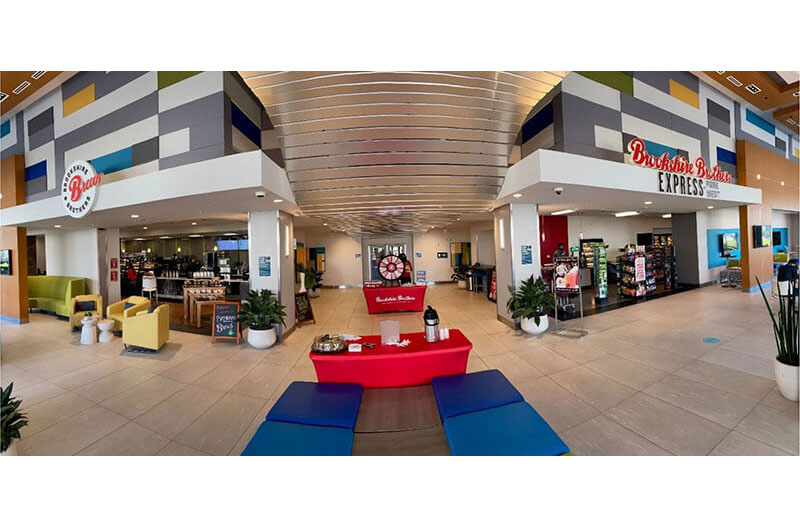 “We are grateful to the Texas A&M System for helping to coordinate introductions, and we are thrilled to welcome Brookshire Brothers to join us at the Park West community. This is going to be a great partnership,” said David Braden, Servitas VP of asset management.

This partnership came together in record time to deliver a July opening just in time for student move-ins.

“Our team was given a tight deadline to pull this off and they delivered without hesitation. Park West will allow us to put down roots and learn about the College Station market prior to the completion of our grocery store located on George Bush Drive,” said Sally Alvis, Brookshire Brothers senior director of marketing and public relations.

Servitas has leased out the space to Brookshire Brothers located in the Towers at Park West and appreciates the wide variety of selections it offers students.

“We’re a company of good people, selling good food and doing good deeds,” said Alston. “We look forward to serving the Park West community for many years to come.”

Brookshire Brothers is nearly a century old, 100 percent employee-owned, community-centered grocer based in Lufkin, Texas. Founded in 1921, this regional grocery chain operates more than 117 retail locations that stretch west to the Texas Hill Country and east to Lake Charles, Louisiana.