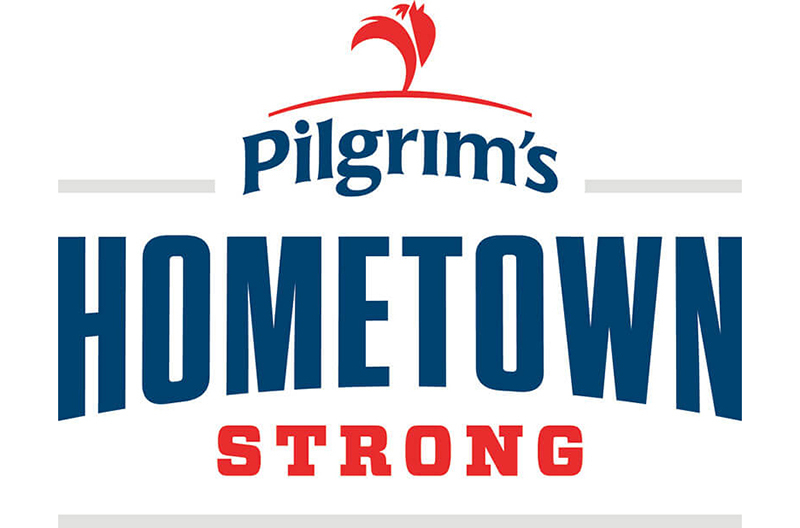 Building on its ongoing sustainability and social responsibility efforts, Pilgrim’s has plans to invest almost $1.5 million around the Atlanta region as part of its Hometown Strong Initiative to support the community’s future and help respond to needs resulting from the coronavirus pandemic. The communities around Atlanta where these funds will be focused include Canton, Carrollton and Gainesville.

Pilgrim’s is working with local leaders to identify where the funds can best help meet immediate and longer-term community needs in three key areas: food insecurity, community infrastructure and well-being, and COVID-19 emergency response and relief efforts. All projects will be determined by the end of the year.

“On behalf of the whole Pilgrim’s Canton team, I’m very proud to be able to partner with our hometown in this important way,” said Brian Wright, Canton Complex manager. “The Hometown Strong initiative provides us with an opportunity to invest in our community during a critical time while looking toward the future.”

“Cherokee County values our partnership with Pilgrim’s,” said Bryan Reynolds, Community Services Agency director for Cherokee County. “Their contributions to Cherokee County and our citizens remain strong even during unique and challenging times. Their generosity is proof of their commitment to our community.”

Carrollton will receive $325,000 in community support.

“We are so grateful to leverage the Hometown Strong initiative to move Carrollton forward in a positive way,” said Ricky Walker, Carrollton Complex manager. “Working together with leaders in our community, we want to benefit our team members and neighbors in a meaningful way.”

“It is always exciting to see our local industries giving so much to our community by providing a safe, motivating, rewarding environment for our citizens to be employed,” said Carrollton Mayor Betty Cason. “Thank you for the provisions that Pilgrim’s has implemented to protect our citizens from the coronavirus while continuing to work.”

“Supporting our community is part of who we are and something that is very important to us,” said Stephen Shepard, Gainesville Complex manager. “At a time when many people, businesses and cities are struggling, we want to identify ways to make lasting and significant impacts in our hometown.”

“The city of Gainesville is very fortunate to have Pilgrim’s as a corporate citizen providing jobs and economic opportunities for our city,” said Gainesville Mayor Danny Dunagan. “We are so thankful for the investments that Pilgrim’s will be making in our community through the Hometown Strong initiative.”

Pilgrim’s anchors dozens of rural communities – operating more than 30 meat poultry and prepared foods plants and employing 31,000-plus people in the United States. Nationally, the Hometown Strong initiative is a $20 million investment from Pilgrim’s, which is part of a $50 million nationwide contribution from JBS USA.