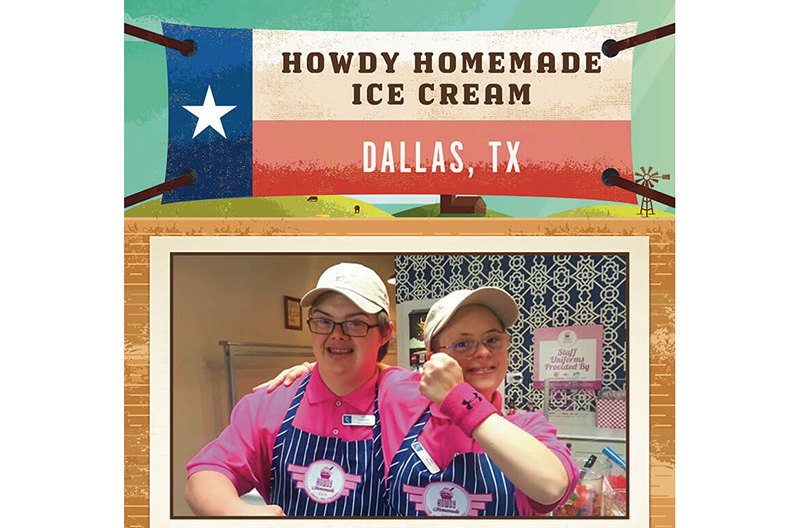 San Antonio-based Central Market has always been a huge proponent of supporting Texans and local economies. This year, it has worked extra hard to make sure these local businesses get the exposure they need during these unprecedented times. These Texans and their products will be showcased in all Central Market stores now through Oct. 6 at the Texas Farmers Market event.

There are unique products and stories in every department of the store. In addition, each store is focusing on “hyper local” products to put money directly back into local communities and economies. A handful of Texas vendors are highlighted below.

Here are a few vendor highlights from this year’s Texas Farmers Market event: 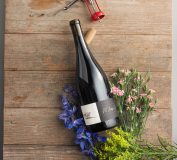 Southold Farm + Cellar wines: Winemaker Regan Meador and Assistant Winemaker Adrienne Ballou, Gillespie County, Texas. “We are and always will be a winery whose sole mission is to make wines that speak of place and time, that thrill and delight our friends, family and ourselves. In order to do so, our winemaking decisions are dictated by what has happened during the season, not stylistic emulation of other regions or forced consistency. We believe in farming first and non-interventionist cellar methods. All of this means you should expect our wines to vary year to year, like individual children with their personalities…,” said Meador.

Central Market has secured smalls lots from Southold especially for the Texas event. “Basics of Life” is a Mataro/Dolcetto Blend (unique red blend of Mourvèdre -– also known as Mataro). It’s a softer style, Beaujolais-like, with nuances of flavor, cherry, spice and berry fruits. Also, “Don’t Forget to Soar” is a Roussanne/Albariño blend that is a fuller-bodied white with rich fruit and tropical notes. “Drinking beautifully right now and is a true showstopper,” according to Central Market’s wine buyer.

In addition, stores will feature a newly released 100 percent Albariño in time for the event. For stores with cafes, Central Market will feature their sparkling Piquette – a lower alcohol, seltzer-like wine.

Reddy Vineyards and Winery, High Plains, Texas: A pioneer in the Texas wine industry, Reddy Vineyards has been recognized as a leading source of premium grapes by wine producers throughout the state for more than 20 years. With 38 of the world’s most coveted varietals planted at Reddy Vineyards, its ability to create new and exciting wines has received national acclaim.

Reddy Vineyards was founded in 1997 by acclaimed viticulturist Dr. Vijay Reddy. His vast expertise in both soil chemistry and farming led to a gold medal-winning Cabernet Sauvignon with his first planting. His passion for the vineyard has determined a lifetime pursuit of perfecting and cultivating wine grapes.

Central Market stores will feature the new 2017 Reddy Vineyards TNT Red Blend. It has won top accolades around the country, including winning a double gold medal at the 2020 San Francisco Chronicle Wine Competition. Full-bodied on the palate, this wine is dark and brooding with flavors of dark cherry, blackberry and spice. Silky tannins provide a firm structure. This wine is perfectly paired with barbecue and dishes with robust flavors.

Also featured is the 2017 Reddy Vineyards Field Blend, which was awarded a Gold Medal at the 2020 Texas International Wine Competition. The 2017 Field Blend is a medium-bodied wine which possesses notes of black cherries, blackberry, sweet tobacco and a hint of oak. Soft tannins provide a smooth finish.

Volleman Dairy milk, Gustine, Texas: Glass-bottled milk produced on a family farm in Gustine, Texas. The Volleman family started its dairy operations in 1890 in Holland. In 1993, the family moved to Texas. The milk is packaged in glass bottles and produced on a sustainable family farm where the cows rest in the shade under sprinklers to stay cool. There are no added hormones and all milk is antibiotic free. This product is exclusive to Central Market. 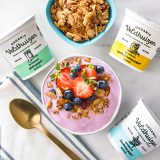 This produces rich, creamy milk which is transformed into yogurt in the on-farm creamery. It is a true double cream yogurt with 6 percent butterfat, which is twice as much as most whole milk yogurts. They use a traditional process where milk is low-temp pasteurized then cultured and set in individual cups, preserving the live active cultures and enhancing the natural flavor.

Howdy Homemade was founded on a steel conviction that the restaurant industry is about people first, then food. It’s a belief that has stood the test of time – almost two decades – and helped open 13 restaurants. In an industry marred by tremendous turnover, Tom Landis, founder and owner, still works with his first hire, Manuel Ramirez.

The two have worked with numerous special needs organizations to hire, train and employ people with Down syndrome and autism. Every aspect of Howdy Homemade encompasses the special needs of the huge under-employed segment of the population with one goal: to change the way businesses hire people with special needs. Today in North Texas alone, there are more than 240,000 special needs adults looking for work.

The Texas Farmers Market celebration is being held at the following Central Market locations: