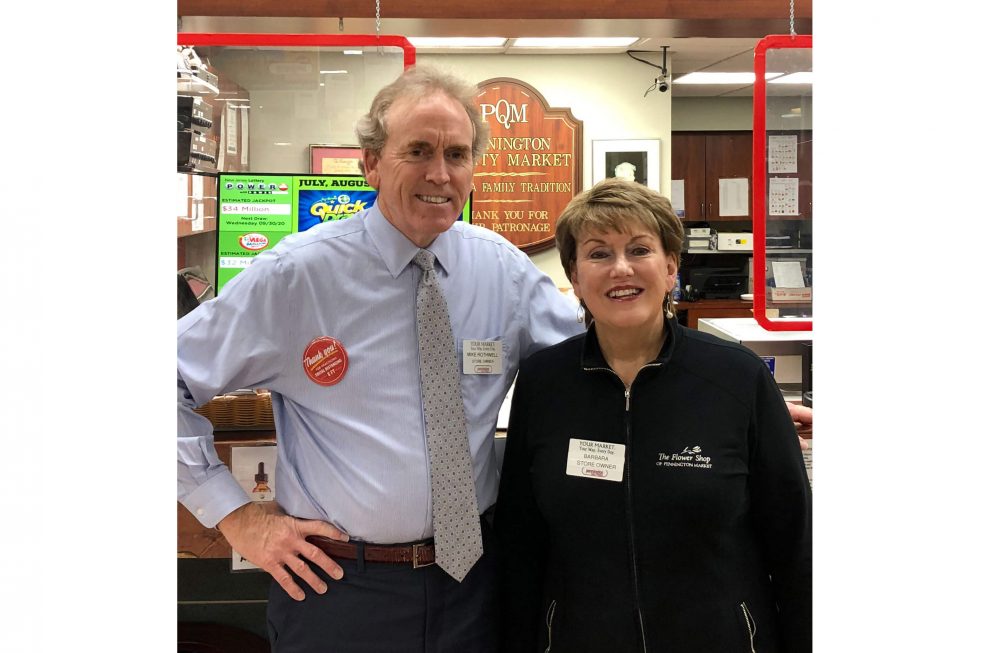 Rothwell brings his experience to join his father’s dream

Growing up, Mike Rothwell knew exactly what he wanted to do – work in the food industry. As a kid, he worked alongside his dad, Larry, who was an executive for The Fleming Company, before spreading his wings to pursue the industry through college and then beginning his career. Later, he returned to his dad’s side at Pennington Quality Market in Pennington, New Jersey.

“My career and my interest in the food industry was heavily influenced by my father, who I had the most wonderful relationship with and my best friend in the world,” Rothwell said. “My dad was in the food industry for many years on the wholesale distribution side of the business with The Fleming Company.

“As a young boy, I was working in the supermarkets meeting my dad’s customers when I was 13 years old – stocking shelves and cleaning things – wherever my dad needed to put me. It was part of my summer jobs.

“I was getting an indoctrination into the food industry without even realizing it, just by being in a number of these different stores.”

Rothwell made the “easy decision” to go to St. Joseph’s University in Philadelphia for its renowned program in food marketing. After graduating in 1978, he began his career with Procter & Gamble in the Philadelphia and New York markets.

During this same time, Rothwell’s dad bought the Pennington Quality Market. He asked him to come into the business with him, but he was living in New York, pursuing the opportunities in front of him. So, his dad did the same.

“My dad went on to pursue that dream. He and my mom at the time bought Pennington Market,” he said. “And it was a wonderful decision, and it made a tremendous impact on our family and so many other families that worked for us.” 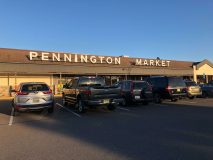 As time went on, Rothwell spent the next nine years getting a top-notch education of the food industry across the country. But the lingering opportunity to join his dad in the family business came to the forefront in 1990.

“My dad was now in his mid 60s, so if there was going to be a succession plan, it was critically important that I make a decision,” he said. “Essentially, for 28 of the last 30 years, I had the wonderful opportunity to work alongside my dad, which was wonderful. We enjoyed every day together.”

After his dad’s passing in May of 2018 at 92 years old, Rothwell and his sisters, Barbara and Terry, have continued the family tradition that their father built.

The oldest, Barbara, her husband and kids relocated from the Midwest back home to join the family business. Their younger sister, Terry, is an inactive partner in the business and lives in Long Island with her family.

“Today, the store’s owned by my two sisters and me, and I am president and general manager of the business and have been for a number of years now. Barbara and I work closely side by side,” Rothwell said.

“We have a great staff of over 150 employees…a very, very loyal group of employees that have been working, for so many cases, for many years that includes brothers and sisters, and husbands and wives and children of parents that work for us.

“We’re very family-oriented and have been an integral part of our community for over 60 years, and most importantly, the last 39 years that my family has owned the store.

“When my dad bought the store…he was brand new to everybody in the community because he wasn’t from around here, but he got very much involved in the community right from the beginning. He knew that was going to be one of the keys to his success.

“He got actively involved in some of the local community business associations and charities so that he could begin to network through the community. And when I came into the business, it was something that he strongly encouraged me to do as well. And I have.”

Rothwell currently is on the board of trustees for the Trenton Area Soup Kitchen, serving on the executive committee and as the treasurer. Pennington Quality Market was one of the first stores to support the kitchen back when his dad took over.

He also is on the New Jersey Food Council board, serving on the executive committee and as the treasurer of the organization, too.

In addition, Pennington Quality Market has a long history of participating in fundraisers, whether it’s for local YMCA efforts, the American Cancer Society or Capitol Health’s Comprehensive Breast Cancer Center, to name a few. In fact, the supermarket has raised more than $300,000 during its events to fight cancer.

“The YMCA, a few years before my dad died, established an award they give out each year in my dad’s name, the Larry Rothwell Social Responsibility Award. The Y is a great organization that serves the greater good of the community,” Rothwell said. “My dad knew how important it was to get involved and be an integral part of the community when he bought the store…The YMCA presenting this in his honor each year is quite special. And I think it’s a testimony to recognize the support for the community he provided.”

And when COVID-19 hit the Pennington community, Rothwell said it was “a tremendous challenge for everybody,” but the relationship that Pennington Quality Market has developed over the years with local residents proved essential. 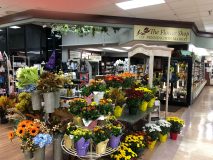 “Our mission statement is we work every day to earn the trust of our customers and the community we serve…And so when you have critical moments like COVID, I think it’s important that you have earned that trust,” he said.

Since the pandemic hit, many customers have expressed their appreciation to the market, whether it’s verbally in the store, writing letters, emails or reaching out by phone. And while Rothwell was amazed by the extraordinary efforts by the staff, he was proud to hear that the customers recognize that as well.

“I live here in the community, too…many of our customers are also friends and neighbors and in my local parish also, and so there’s a tremendous amount of responsibility you have in an environment like that,” he said. “You can’t do it alone without a wonderful, dedicated team.

“It made me feel proud that we’ve earned that trust of our customers in the community. We can be there for them and provide them the safe shopping environment they need at the most critical time.”

Part of their success, too, involves the New Jersey Food Council, Rothwell said. Not only did it provide them with protocols to institute when the virus hit, but it’s given the family business the space to play alongside large companies.

“For a single store independent, our involvement and membership with the New Jersey Food Council is an integral part of our success, too, in terms of my ability to run the business…This is an extremely challenging business that we’re in,” he said. “Being able to build these personal relationships that we have and network is tremendous because, serving on this board, I have a voice.”

As for what the future holds, Rothwell holds his vision with humility, counting his blessings during an unsettling time of many businesses, especially independents, shuttering.

To learn more about the New Jersey Food Council from the president and CEO, click here.