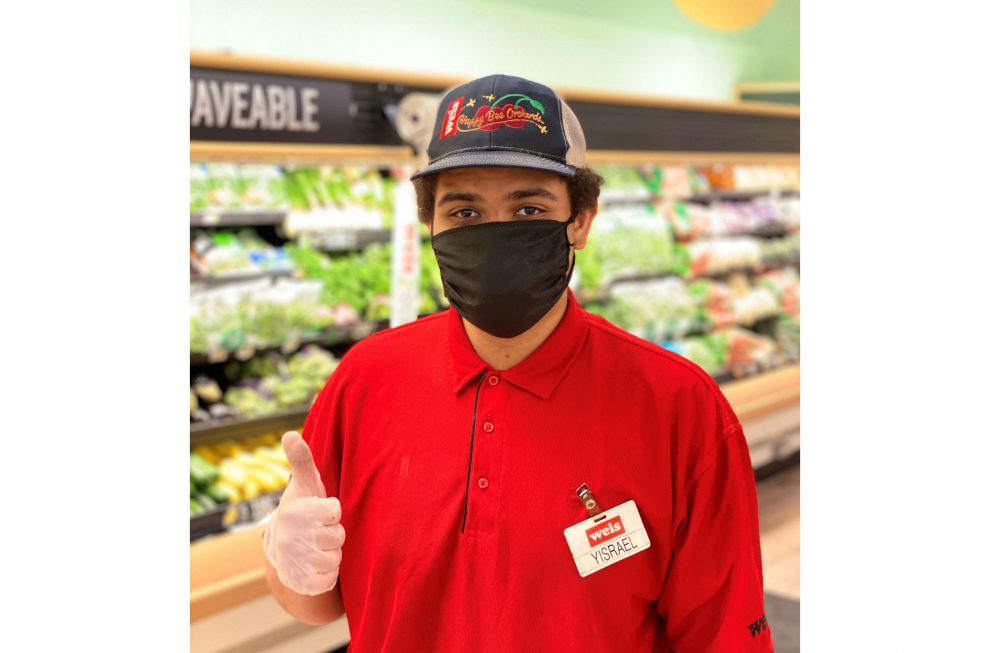 CEO proud of safety, swift response and that stores ‘still all about serving the public’

Asked to reflect on the ongoing COVID-19 pandemic and its effects on the U.S. grocery industry, Weis Markets COO Kurt Schertle deferred to the company’s CEO and president, Jonathan Weis.

“Candidly, I think my boss Jonathan was one of the first [to recognize the impact],” he said.

For his part, Weis said there was a sense of foreboding in the air.

“A bunch of us, myself included strongly, realized something was up and it was going to be bad,” Weis said. “We were determined to minimize the pandemic’s effect on our associates’ health. In February, we worked to get people to adopt the COVID protocols. In March, as things worsened, we closed our 400-person Store Support Center, essentially our headquarters, and had most of our associates working remotely.”

Schertle recalled a pivotal gathering during that time.

“We had a state-of-the-company meeting in February where we put up signs that said, ‘elbow bumps are the new handshake.’ And at first, it was kind of awkward, because this is back in February,” he said. “We had store managers coming up, and Jonathan and I are sitting there, sticking our elbows out at them. They’re looking at us like, what are you doing?

“We really started early with social distancing, with cleaning, with sanitizing, with getting shields up at our registers for our cashiers, in our customer service and our pharmacies.”

Prior to the pandemic, the company had installed a record number of self-scans in stores. 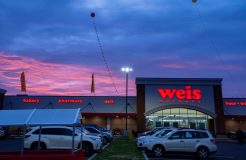 Budget is a guide, not gospel

Ron Bonacci, VP of advertising and marketing and public relations, sang the praises of Weis’ reaction to the pandemic.

“When COVID really hit us around March 9, our CEO Jonathan Weis was so intuitive and said, this is going to be bad,” Bonacci said. “He made sure that all of our associates were safe. Within 48 hours – our corporate office has about 400 people in it – everyone was remote, except for about 10 people. That’s how much he felt that safety and security of our families was paramount.

“Then again, he turned to the stores, and said we’re going to have the best sanitation, cleaning, safety supplies, PPE, masks. We take temperatures of every one of our associates every time they come in our store to make sure.”

The company also double-checks with the families of employees to make sure they’re safe.

“We go through all the protocols of the CDC guidelines, in making sure all of the shopping experience is a good safe one, keeping social distancing,” he said. “Again, keeping everyone safe…that was paramount to our company. And Jonathan Weis led charge the charge. He really understood what this pandemic could be.”

Schertle noted that all of the swift efforts by Weis Markets were unbudgeted. Unplanned for, yet “the right thing to do” during these unprecedented times.

“One thing we like to say here is, ‘A budget is a guide. It’s a guide; it’s not a gospel.’ We did more unbudgeted things this year with the COVID situation than we have ever done because they had paybacks – they worked,” he explained. “We made the decision, and we said, ‘Let’s do it.’”

These decisions extended to taking care of the company’s people with more than just PPE.

Randy Householder, store manager, echoed the sentiment that Weis has “gone beyond during this pandemic” to take care of employees.

“This company has done more for the associates during this time of uncertainty…I mean everything that we’ve done for our associates, I feel like we’re passing that on to protect our customers…I get a lot of people writing in that they were very pleased about what Weis Markets did for them to protect them when they were shopping here,” Householder said.

“We’re located in an area of the country that traditionally has had plenty of snow blizzards and weather events. This has been like a snow blizzard weather event for 10 months or so – just incredible demands on us and on our teams,” Weis said.

“Our teams have responded, generally speaking, by showing up, by working really hard, by being positive, by following the rules. There haven’t been any disputes about wearing masks or disinfecting or remaining distanced socially amongst our associates.”

The company’s approach – and the response to it – has been straightforward.

“We asked them to do it, explained why we do it, and they did it,” Weis said. “We’re all about serving the public.

“With that said, in some of our management ranks, I think we’re very proud that folks have worked hard to come up with solutions to problems…just really, really proud of how people have handled it in our position.”

At the store level, District Manager Jerry Hatch said team members were able to quickly adapt to what needed to be done.

“I think communication probably was also a big factor. Just letting everyone know what was happening – here were the changes, and this is what we’re doing. That was constant and non-stop. It helped keep everybody settled and understanding this is why we’re doing and how we’re getting through this.”

Part of that communication was aligning everyone to focus on what Weis Markets could control – not get hung up on things that were out of their hands.

“Everybody was dealing with supply chain issues…the team all did a phenomenal job of staying focused on, ‘OK, we can’t control what we’re not getting, but just make sure we’re taking care of what we do get,” Hatch said. “Giving our customers our best, from a service and safety standpoint.

“And just appreciation from the company’s been fantastic – just letting the associates know how much they appreciate all they’re doing…we just want to continue to thank them for everything they’ve done, because the pandemic clearly is not over.”

Weis Markets not only has maintained service at its current stores but also has supported growth. Amy Zimmerman, store manager, recently opened a brand-new location. She said it was possible only with the company’s teamwork.

“Without everybody’s support, this whole operation here, opening this store, would definitely not have been possible,” Zimmerman said.

“It was a huge undertaking with lots of unforeseen circumstances. But over the past three months, we hired and on-boarded approximately 130 associates, most of whom reside right here in the community in which we’ve relocated.

“I have to personally thank human resources, merchandising, advertising, the supply chain and all the associates that have come and helped prepare for opening…it’s just an awesome feeling to be part of that team and know that the support is there when you need it.”

“I’m 56 years old. I’ve been doing this my entire career. I’ve never been more challenged in my career than we have been in the last six months on something as simple as just getting product to the stores,” said Richard Gunn, SVP of merchandising and marketing.

Weis Markets has done a lot of negotiating to get products to its distribution center and then deliver them to its various stores. As Gunn noted, “It’s been very challenging for us to get our fair share.”

Schertle added, “Relative to the product, it’s been a Herculean effort. We scoured whatever we could scour to get product. And it’s really been an interesting look in the human condition to see what you run out of at different stages. It started out, and hand sanitizer was gone, and Lysol wipes were gone, and toilet tissue was gone.

“And we moved in into the canned meat. People were stocking up on meat. And then people began to bake because they were home longer, and they couldn’t stand it. We’re running out of baking items and spices and yeast. And then people weren’t cleaning with rags anymore, so paper towels.”

But Schertle said the volume of product that Weis’ distribution center delivered was astounding. The workload jumped by 30 to 40 percent overnight.

“Those teams out there are amazing,” he said. “We had weeks where we were working just a crazy number of hours, and the teams really pitched in.

“We capped people at hours because we didn’t want to burn people out. And we did the best we could to take care of them financially.”

According to VP of Distribution Joe Kleman, the associates rallied.

“They came around and said, ‘Hey, we’ll work extra days. We’ll work extra shifts. We’ll do whatever it takes to keep this going. We understand we’ve got to get milk and eggs and toilet paper and whatever else is out there out. And we’re here for you,’” he said.

Weis Markets even extended a hand to foodservice employees, such as those with Sysco, offering to hire them after restaurants had to close. The grocery business needed them.

The other piece of the grocery industry that was overwhelmed by unprecedented behavior is marketing. Gunn pointed to Weis’ seven-state market posing challenges to disseminating quick and accurate information, with the details differing at the local level and changing rapidly.

“Being able to immediately, in the marketing world, get new signs printed – maybe being updated two or three times in one single day – which has happened during the pandemic when state and local governments change their regulations,” Gunn said.

“The biggest thing is we’ve just been chasing information. And also changing information, from a.m. to p.m. But we’ve worked through it, and the team’s done an outstanding job on keeping up.”

And as trends have shown, the pandemic has turned digital platforms upside down, swiftly accelerating growth.

“We have about 90 percent of our stores up on e-commerce today,” Bonacci said. “I’m very excited that we were in the forefront of getting that done as the pandemic took place, which gave us the ability to make sure we could market to customers, whether they wanted curbside pickup or their groceries delivered.

“We keep adding technology very rapidly, to make sure that we are there for tomorrow’s needs.” 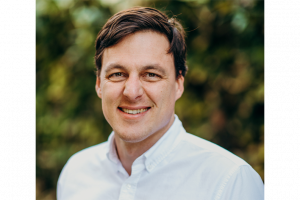 At Weis Markets, ‘We’re Really In The People Business’
Weis Markets – A ‘Deliberate Company That Is Very Nimble’