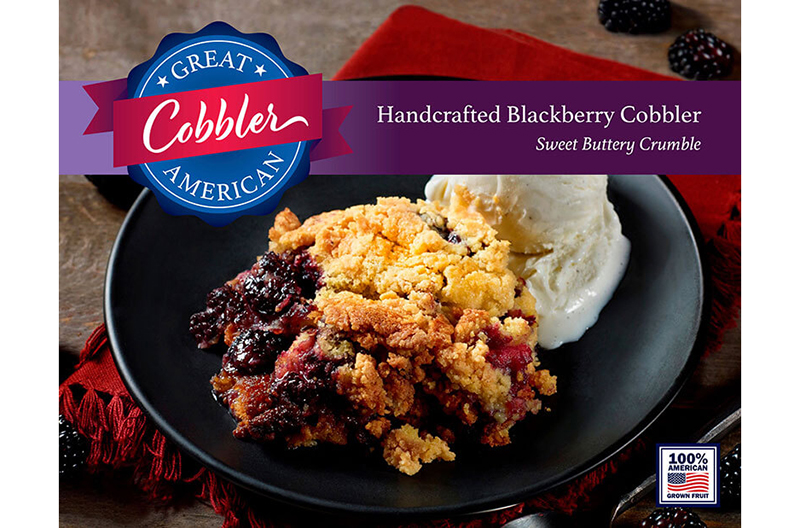 The Great American Cobbler Co. – a majority woman-owned, family-owned, American-owned cobbler and pot pie business – is new to Homerville, Georgia. But it’s not new to the state – actually, far from it.

“The Great American Cobbler Co. all happened very organically,” Goodman recalled. “One day, I’m getting my truck serviced, and I sit down and talk with Chris Huff [fellow member/manager]. He’s got a ton of history and experience in food manufacturing. At any rate, we sit down and talk…and we brought him in.

“That’s how it all started – with an oil change and tire rotation at the Ford dealership.”

As Chris’ wife and COO Laura Huff put it, “It’s like the farmer meets the manufacturer.”

“And my history is, I have 25 years with The Kroger Co., in stores and at the Atlanta North Lake Office, in different aspects of the store,” Huff said. “We just kind of married all of our expertise, all of our families and created this company right here in South Georgia where we all live.” 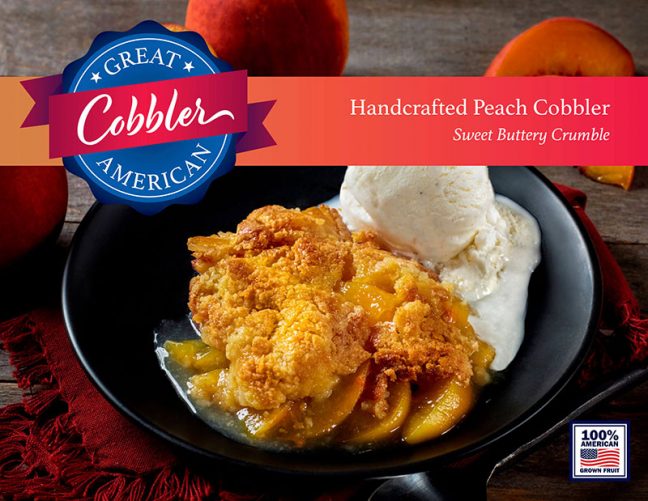 Asked what he’s most excited about, Goodman said “investing in rural America.” And supporting Georgia farmers through a cobbler company couldn’t come at a better time after the trials of the COVID-19 pandemic.

“The price of cotton got down to 50 cents… these farmers, they were taking production loans, and they were going to plant, and they knew at the current prices that there was absolutely no way on God’s green earth that they would be able to pay out,” Goodman said. “Farmers would call me and say, ‘What do you think we ought to do?’ Because we’re talking about people losing hundreds of thousands of dollars at the prices they were at. I just told them, ‘We’ve got to do what we’ve always done. We’ve got to plan on faith…and we’ve got to feed the American people.

“Those farmers had the faith and the courage in unprecedented times…and they went out there, and they planted a crop. And that made me proud to be one.

“I’ve been a pretty outspoken advocate for the American farmer. And we’ve been facing a lot of things lately…I’ve always preached, and I’ve always believed that the American public would support the American family farm given the chance. And we’re putting our money where our mouth is on that.”

The lineup also includes a few different spins on chicken pot pie for the deli/prepared foods section of stores. Sold as a take-and-bake or an in-store bake item, they include: traditional chicken pot pie; Creole chicken pot pie, with Andouille sausage, chicken and a Creole sauce; and cheeseburger pot pie, with ground beef, onion and pickles to create an all-American, White Castle-style burger taste.

And if 100-percent of the ingredients aren’t Georgia-grown, they’re sourced from the U.S.

Why 2020? Huff said people need The Great American Cobbler Co. at this time.

“I think people need this story,” Huff said. “This is a story and a product that people long for…this year has been a year of coming together, but it’s also been a great year of loneliness and loss of faith and family.

“There’s an emotional connection to this story that I really believe that 100 percent of Americans, in one way or another, can identify with…people are looking for this type of integrity that the American farmer still has and always has had – the ones that grow in America and sell to America.

“I believe first, it’s the emotional connection, and when they taste the product, there’s no going back because it is delicious.”