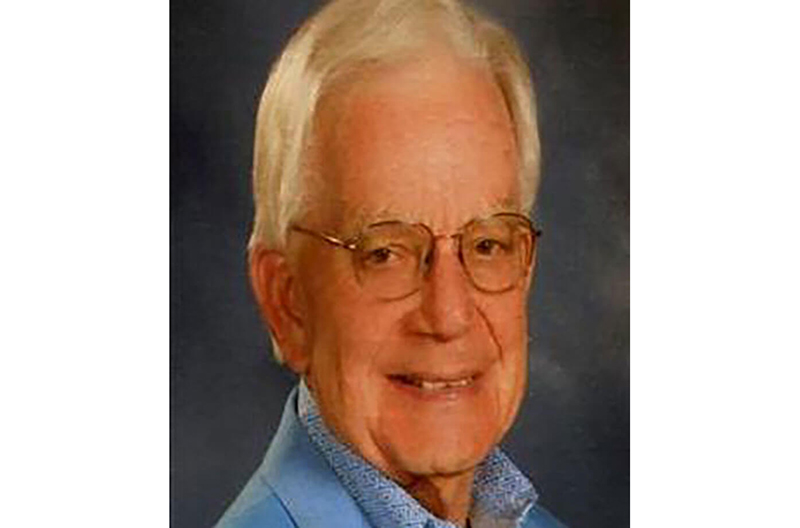 Consumers IGA owner Charles “Charlie” Leonard Fowler, 80, of Stillwater, Oklahoma, died Wednesday, Dec. 30, 2020. After more than a month of struggling with the complications of COVID-19, he died peacefully at his home with his children by his side.

Born on April 7, 1940, in St. Paul, Kansas, he spent his early years in Parsons, Kansas, where he graduated from Saint Patrick Catholic High School in 1958. It was two years later that he started a 50-year love story with his sweetheart, Joann (Shields) Fowler. Charlie and Joann were married on July 2, 1960, and they had three children.

He was a loving father to three children, a playful and energetic “Pops” to his 11 grandchildren and 15 great-grandchildren, and a friend and pillar of the community known by so many simply as “Charlie.”

Whether you were part of his family or meeting him at his home for one of the numerous family get-togethers or at an OSU or Stillwater sporting event, or visiting Consumers IGA for your grocery needs, your experience was one of a welcomed embrace and him earnestly asking how you were doing, all while giving you a firm handshake and great big smile. Every now and then, the responses he received during these greetings would bring out a chuckle when he was surprised by a witty or funny reply.

From his upbringing in Parsons and his time in the army, Charlie learned quickly that hard work was a necessary part of building anything of value that will last. This was true of his 50-year marriage to his sweetheart Joann, starting a family, earning a living as a grocer, and eventually becoming a small business owner. These all took work, work that Charlie was not afraid to pursue; on the contrary, he quite enjoyed the journey that was required to see the fruits of his labor and love.

Most people knew Charlie from his time at Consumers IGA, first as a manager for 22 years (1971-1993) and then as the owner and chief greeter for another 22 years (1993-2015). As you entered the store at 909 W. Sixth, you saw Charlie – silver hair, white shirt, pressed slacks, tie and ear-to-ear smile front and center, ready for a handshake and warm greeting. The experience that many had as customers, one of feeling like you were welcomed, feeling like you were at home or even just being acknowledged by a friendly embrace were earmarks of the kind of community impact that Charlie leaves behind. He loved Stillwater and the people that call Stillwater home.

Decades of Charlie’s service were recognized by being inducted into the Stillwater Hall of Fame and are marked by him intentionally meeting the needs of the community as a business owner, serving his family, supporting the local schools and institutions, and serving God as a parishioner of the St. Francis Xavier Catholic Church.

Charlie’s love of his community extended in his avid support and love for OSU and Pioneer athletic teams. When he wasn’t wearing a pressed shirt and slacks, Charlie could be found sporting blue and gold or orange and black. He also had red in his attire, but don’t worry, this red was specific to his beloved St. Louis Cardinals; all other red attire was strictly avoided!

Charlie made it a point to sow seeds in the lives of his family, in the lives of those he was fortunate to lead as a boss and in the lives of so many in the community. Although he prided himself on the work that he did as Charlie, the friendly, hometown grocer, it was the generational impact that he had as “Dad” and “Pops” that brought him significant joy.

In the latter years of his life, he said, “as you grow a little older, you realize without family, you ain’t got nothing.” The foundation upon which you knew, loved, supported and interacted with Charlie were in the roots of his greatest legacy, his family.

The outpouring of love and support from the community, from Charlie’s community, have warmed and touched the hearts of his family as these are symbolic of a life well lived for others, a life intentionally invested over almost five decades in Stillwater, Oklahoma.

The family wishes to thank all of his friends for loving Charlie and his family so well in this season and in the 50 years that Stillwater has been home.

In lieu of flowers, memorial contributions may be made to Stillwater Group Homes or SPEF (Stillwater Public Education Foundation).

“To my family and friends, Rest assured that we will meet again.” – Charlie Fowler

Strode Funeral Home was in charge of arrangements.