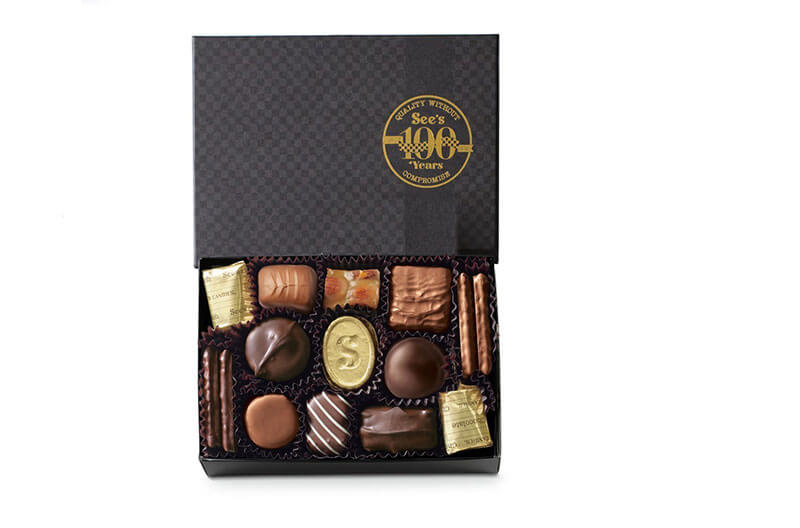 See’s Candies, an American-made chocolate and candy company, is kicking off its centennial anniversary. For the first time, See’s is asking its customers what its next candy piece should be with the launch of “What’s Your Sweet Idea?”

Fans are encouraged to submit their ultimate candy creation on sees.com/sweetidea now through Jan. 20. See’s dedicated team of R&D experts will sort through submissions and pick the top candies for final voting, which will be held Feb. 15 through March 1.

“We couldn’t think of a better way to kick off our centennial year than by involving See’s great customers. They are the reason we are in business 100 years later, and we are excited to hear their ideas. We will create the chosen candy by fans as our November piece, which is also the same month that we opened for business in 1921,” said Pat Egan, president and CEO.

That’s not the only sweet news the heritage candy brand has to announce – every month throughout the year, it will be launching a new Sweet-of-the-Month. 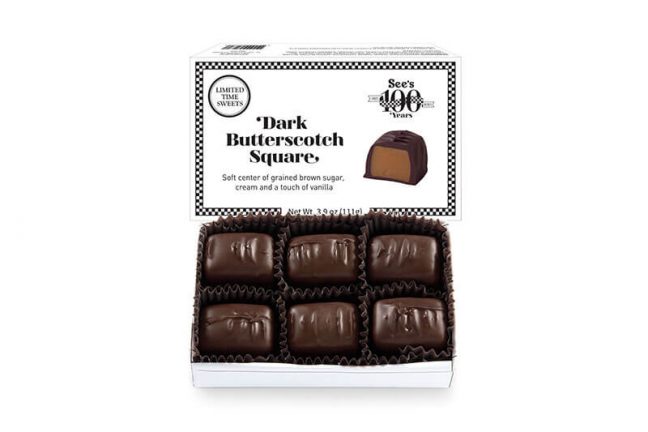 To kick off the year-long celebration, a customer favorite now will be available in dark chocolate. The Dark Butterscotch Square is made with firm brown sugar, vanilla and heavy cream coated in rich dark chocolate goodness. This Limited Time Sweet is available in a box of six for $8.25 while supplies last in shops and online.

“See’s has a sweet history, and we look forward to bringing some new pieces and memories to our customers. For our 100th anniversary, we’ve combined our backstory with fresh, innovative thinking to inspire new, and delicious, ways to celebrate. We all need some joy these days, and we promise there is a lot more to come in 2021,” said Egan.

In addition to the Dark Butterscotch Square Limited Time Sweet, See’s is also launching a Centennial Assortment. The anniversary box is a celebration of carefully curated, timeless favorites and new discoveries that even includes candies from Mary See’s original recipes. The Centennial Assortment will be coming soon to shops and online for $15.50.

San Francisco, California-based See’s Candies started in 1921 with Mary See and her son Charles, a chocolate salesman, opening a small shop in Los Angeles to sell handmade confections from her recipes.

See’s continued to innovate and deliver quality without compromise, even in tougher times. Through the Great Depression and World War II, shops made less candy instead of skimping on quality, and people lined up in droves to get a taste. See’s was also the first to have liquid chocolate delivered by tanker trucks – a method they still use to this day. Their expansion continued across the West Coast, online and even internationally.

See’s Candies is based in San Francisco, California.