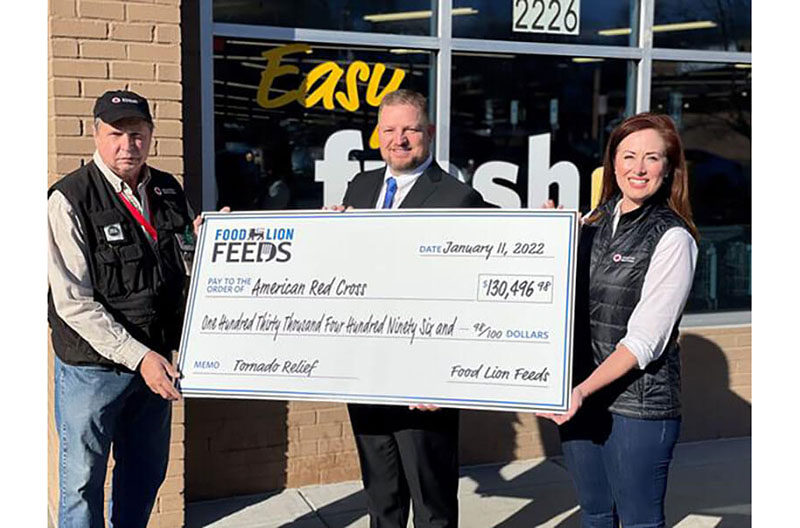 Salisbury, North Carolina-based Food Lion Feeds presented the American Red Cross with a check for $130,496.38, earmarked for tornado disaster relief to support communities in the South and Midwest impacted by last month’s tornadoes.

“The American Red Cross is grateful to Food Lion for providing shoppers with an opportunity to give back to those impacted by Midwest and Southern tornadoes in the midst of the holidays,” said Allison Taylor, regional executive of the Greater Carolinas Region of the Red Cross.

“Food Lion’s support will aid the Red Cross in supporting storm victims in their recovery in the weeks ahead. We are sincerely appreciative for this contribution,” she said.

“Food Lion cares about the communities we serve, and our neighbors who live in them,” said Kevin Durkee, manager of Food Lion Feeds.

In addition to partnering with customers on this donation to the American Red Cross, the retailer has donated 39,000 bottles of water, $26,000 in food to Feeding America Kentucky’s Heartland and $10,000 to an emergency relief fund established by Pilgrim’s Pride, one of Food Lion’s suppliers with operations in the area.

Food Lion has more than 1,100 stores in 10 Southeastern and Mid-Atlantic states and employs more than 82,000 associates. Through Food Lion Feeds, the company has donated more than 900 million meals to individuals and families since 2014 and has committed to donate 1.5 billion meals by 2025. 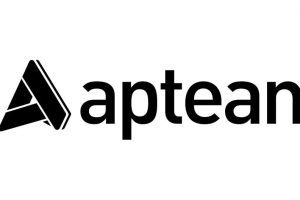