Tifton, Georgia-based PB2 Foods, a leader in powdered nut butters since 2007, has released its newest innovation among the plant-based community and beyond with its newest creation: PB2 Cashew Powder.

With no added salt, sugar or preservatives, these cashew powders are made up of non-GMO cashews and are 100 percent kosher, vegan and gluten-free. PB2 Foods’ proprietary process involves pressing nuts to remove most of their oils, which significantly reduces fat and calories compared to traditional nut butters.

“Besides the better-for-you attributes of PB2 Cashew Powder, its real magic lies in how many uses it can serve for busy consumers and grocery shoppers,” said Craig Entwistle, CEO of PB2 Foods. “Fitness enthusiasts already know and love our powdered nut butters and Performance Proteins in smoothies and other beverages, but you can also use PB2 Cashew Powder as the base for ‘creamy’ vegan soups, cheeses, sauces, dips and salad dressings. The possibilities are truly endless.”

These powders are the first of its kind on the market. Sales have been increasing since the innovative product’s recent release as it has frequently ranked No. 1 on Amazon in cashew butters and is a top seller on PB2 Foods’ website.

The company has made PB2 Cashew Powder available for expanded distribution in 16-oz. jars for e-commerce and 6.5-oz. jars for retail. Each two-tablespoon serving contains 4g of natural plant-based protein, 2g of dietary fiber and 2.5 g of fat and 60 calories.

The organization is continually working with its family of farmers to grow pure and simple products that will help people live better and happier. When preparing its plant-based products, the makers of PB2 take time to create quality, because it believes food can be both healthy and delicious at the same time. PB2 Foods is marketed from St. Simons Island, Georgia. 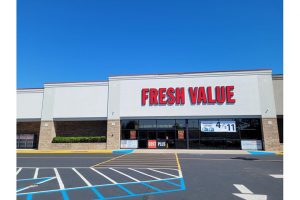