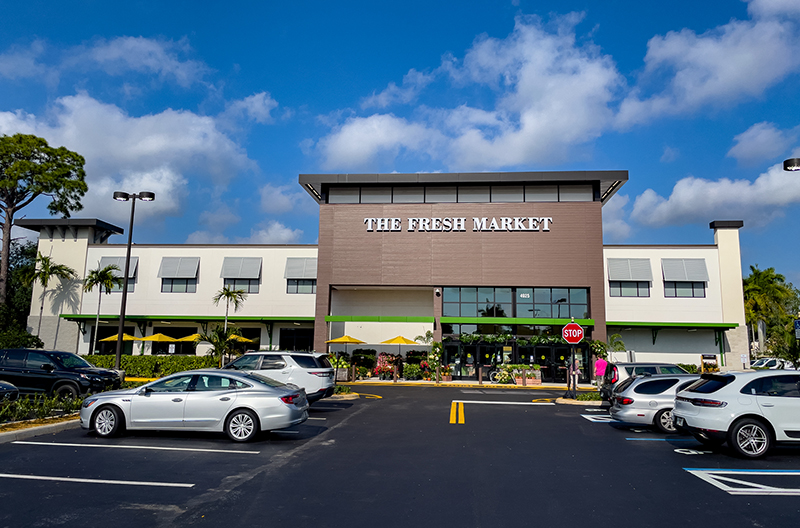 Brian Johnson, SVP of store operations and support, has made it his mission to continue improving customer service since his arrival in July 2020. He came to The Fresh Market from another company known for customer service, Brookshire Grocery Co. in Tyler, Texas.

“That’s the only way I know how to do things,” he said.

When he joined The Fresh Market, Johnson said he told the team that the key to guest service is “to be very, very consistent – clear and consistent.”

The foundation of The Fresh Market’s impeccable guest service is simple, Johnson said. “We smile, speak to guests…it is work toward the flow of traffic so that we make sure we’re engaging guests and we don’t have our backs to the guest. It is, if a guest asks where something is, we escort them to the item. We don’t tell them where it is or point at where it is – we take them to the item.”

Team members also are encouraged to use their names. Johnson said they have found that as soon as team members do so, guests will stop and make eye contact.

“As soon as you say your name, it makes it a personal conversation…we try to make that a personal experience by doing that,” he said.

And the last thing a team member does is say, “it’s my pleasure.”

“‘It’s my pleasure’ are the words we talk about and use…it’s all simple, but it’s very difficult to get really good follow through on it,” Johnson said. “The way to do that is just talk about it, talk about it and talk about it.”

Johnson begins every meeting by talking about guest service and recognizing a team member. He gets a copy of each comment that comes in to the guest care department.

“When a team member receives recognition from a guest, I will call the store or email the team member. I recognize them on our weekly company-wide town hall meetings,  too,” he said.

“It’s about being consistent. They have to know that it’s important, that we’re not just talking about it but we mean it. And that’s who we’re going to be.” 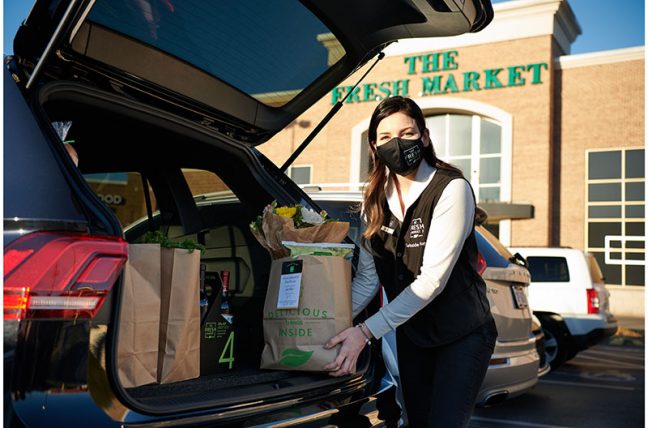 Johnson said The Fresh Market is known for its daily and weekly promotions. “That is core to who we are, it’s core to the brand. If we don’t deliver on that at the store and all that goes for naught, we just end up making people mad.”

Communication with the team is key, and Johnson said The Fresh Market has a great team.

“We celebrate a lot of victories,” he said. “When you celebrate the good times and the good things that we’re doing, it makes it much easier to address the opportunities and people will dig into it.”

The goal is to engrain customer service in the fabric of the company.

“That’s the only way you can make a difference with guest service. You can’t just occasionally talk about it, and you can’t ever say, ‘We finally got there.’ Because you’re never there. There’s turnover in our business…it’s a constant retraining of the team. That’s how we do that.”

Johnson’s involvement with the new concept involved “back of the house, operational things” such as helping make the design as efficient as possible and having as much front-facing space as possible.

His team also helped develop a staffing plan, which requires additional jobs such as a back of the house manager, kitchen manager and additional assistant managers so one is on duty at all times in The Square.

“The guests really love the concept. They love the food,” Johnson said. “We’ve gotten a lot of great comments about our barbecue, about the pizza. The coffee has been a home run.” 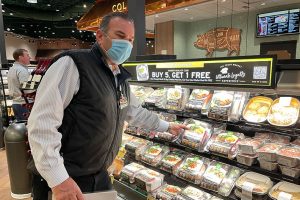 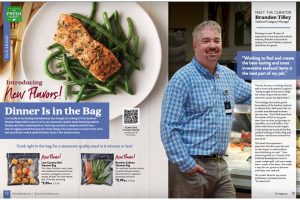 Sharing Stories Of The Fresh Market And Its Team Members 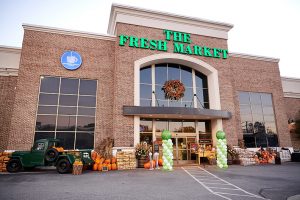 The Fresh Market Builds On History Of Innovation

The Fresh Market’s Marketing Innovations Guide To ‘Top of Mountain’