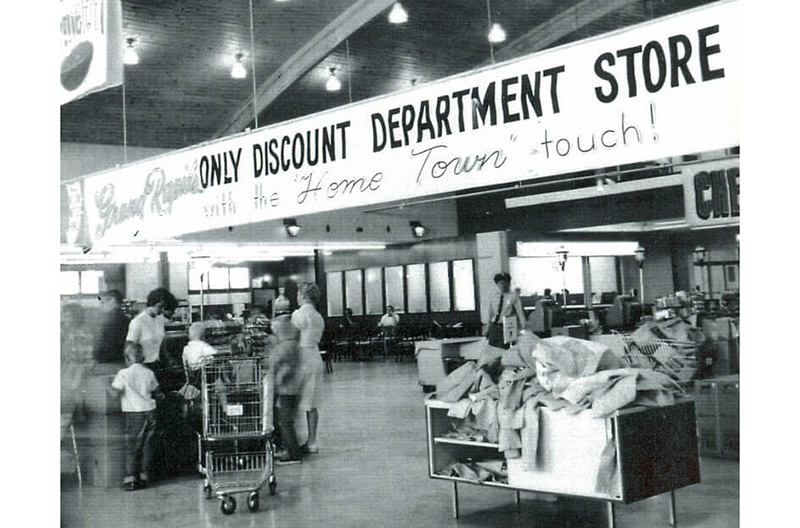 Sixty years ago, Hendrik and Fred Meijer pioneered the American supercenter when they opened a store in Grand Rapids, Michigan, called “Thrifty Acres.”

While that innovative concept has grown into a retail phenomenon, Meijer remains a strong family company that is always committed to its customers and the communities it serves, continuously improving the shopping experience and supporting community organizations in ways that embody the retailer’s values.

“The opening of ‘Thrifty Acres’ in June 1962, was history in the making, although I’m not sure our dad and grandfather realized it at the time,” said Meijer Executive Chairman Hank Meijer. “They saw an opportunity to serve their customers better by offering a great variety of merchandise all under one roof. Dad would love to be here today to see how their fundamental philosophy has continued to guide our team members and serve our customers.”

The father-and-son team began to imagine the concept in the 1950s. In 1955, one of the small company’s supermarkets added a department to sell general merchandise. Dubbed the “Home Center,” it offered clothing, shoes and accessories, hardware items and housewares, in addition to the supermarket offerings Meijer had always provided. By the end of the decade all but the smallest Meijer Supermarkets had Home Centers.

In June 1962, Meijer took the Home Center offering to a new level with the introduction of the concept it called “Thrifty Acres.” This new retail environment combined a complete supermarket with a full range of general merchandise, a café, a pharmacy and other services, selling all its merchandise through a single set of checkouts. The family was betting the company, taking an enormous gamble to offer shoppers unprecedented variety and convenience. The retail landscape would be permanently changed. The stores would come to be known as supercenters.

The first Meijer supercenter, identified internally as Store 011, was created when an 80,000-square-foot addition was made to a supermarket at the corner of 28th Street and Kalamazoo Avenue in Grand Rapids. The new building housed 25 departments, including men’s, women’s and children’s clothing, shoes, appliances, accessories, fine jewelry, housewares, hardware, toys, sporting goods, home fixtures, furniture and a pharmacy. This was in addition to the full supermarket already in operation.

Meijer owned the building and operated the supermarket and health and beauty care departments, with most of the remaining departments leased to vendors.

The original store had a mid-century modern arched-roof designed by the Grand Rapids firm of Owen-Ames-Kimball. The structure was one of the first of its kind in the Midwest.

Since the opening of the original Meijer supercenter in 1962, the retailer has grown, expanding across six Midwestern states with 266 supercenters and grocery stores.

The original supercenter was expanded again and again, but was otherwise relatively unchanged until 2010, when the company unveiled an all-new supercenter on the same site. This multi-year construction project took place while the original building was still serving customers. Some of the wooden arches that supported the roof of the original store now welcome customers at the main parking lot entrance.

Today, the original supercenter location boasts all the technological innovation Meijer stores provide across the Midwest, including Shop & Scan shopping technology, as well as online ordering for curbside pickup and home delivery.

This store also maintains its commitment to supporting its community, a cornerstone of the Meijer business philosophy. All Meijer stores are committed to enriching lives in the communities they serve, with the company donating more than 6 percent of its net profits each year to philanthropic and community organizations.

In 2021, Meijer team members played a vital role in a new program, donating nearly $3 million to an estimated 500 local organizations across the Midwest. The program, called Meijer Team Gives, was the retailer’s first donation that engaged its store and distribution facility team members to identify and select the nonprofits based on their local ties.

Each location was given $10,000 to donate to one nonprofit or divide equally among two in its community. The original supercenter location donated $5,000 each to a pair of local charities, A Mother’s Touch and the Cleft Lip and Palate Foundation of Smiles.

Meijer also focuses on hunger relief, for which its Meijer Simply Give program has generated more than $69 million since 2008 to help Midwest food pantries restock their shelves. The 28th Street Meijer is currently partnering with the Plymouth Heights CRC Food Pantry for the spring campaign, which is going on through July 3.

“Fred Meijer always said he wanted to leave the world in a little better place than when he entered it,” said Meijer President & CEO Rick Keyes. “He certainly achieved that dream, which has been the foundation for our company ever since. As we look at all our achievements over the decades, including the creation of the supercenter, I’m amazed at how far we’ve come and look forward to seeing what the future will bring.”