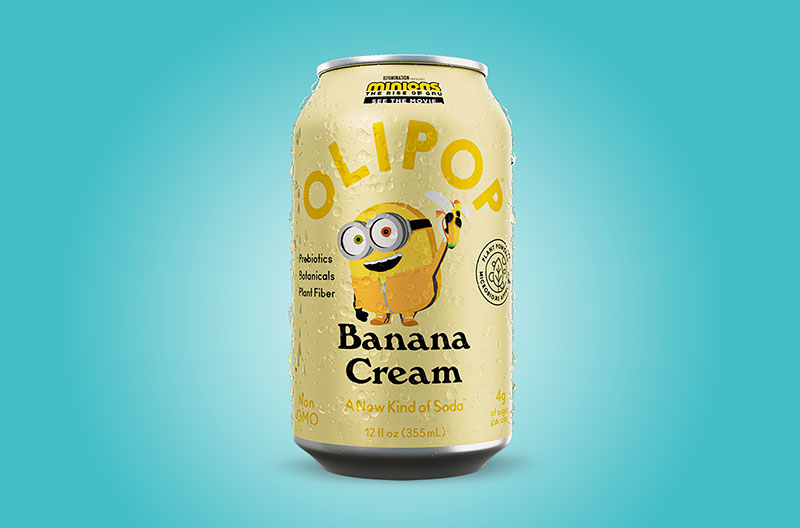 Oakland, California-based OLIPOP has announced a partnership with Illumination and Universal Pictures to create a limited-edition Banana Cream flavor, timed with the global theatrical release of “Minions: The Rise of Gru” on July 1.

Gopuff, a CPG delivery company, will also be selling single cans in select markets beginning in mid-June. The flavor will be available for purchase until July 15.

This advertising campaign marks a milestone for OLIPOP’s better-for-you brand, as it joins forces with the global animated film franchise.

The brand was started by beverage entrepreneurs Ben Goodwin and David Lester who set out to create a functional soda – one with the added benefits of microbiome and digestive health support.

While traditional soda is loaded with sugar and additives, each can of OLIPOP has 35-45 calories, contains two to five grams of natural sugars and provides nine grams of prebiotic plant fiber, which is one-third of the daily recommended amount.

The new flavor is available online at drinkolipop.com.