Home » Bees Are Back At The Giant Co. Headquarters 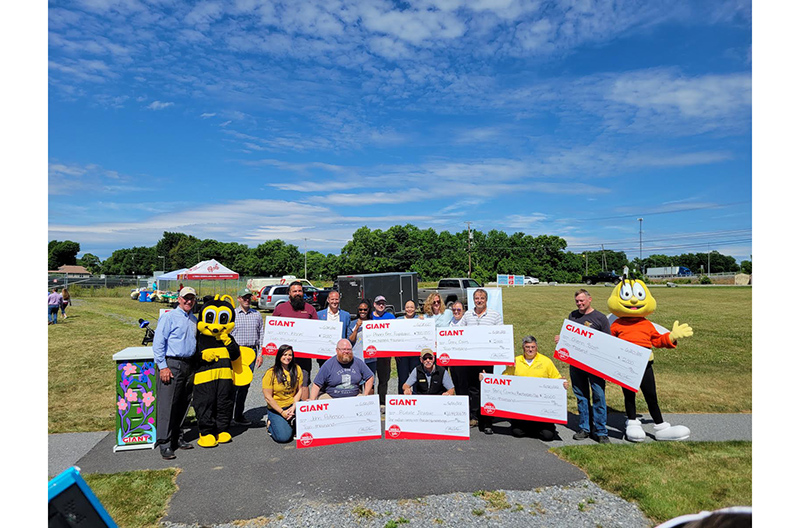 Following the theft of its honeybees earlier in the year, The Giant Company announced that two new beehives, housing 30,000 bees, are at home near the company’s seven-acre pollinator-friendly solar field at its corporate headquarters in Carlisle, Pennsylvania. 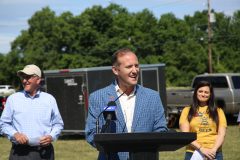 The company will continue to add to the colony over the next several months and will house 450,000 honeybees in nine beehives by next year.

The new beehives and honeybees were unveiled June 20 during a press conference held at the company’s headquarters in celebration of National Pollinator Week. The event was attended by Nicholas Bertram, president of The Giant Company, and Russell Redding, secretary for the Pennsylvania Department of Agriculture, as well as representatives of Planet Bee Foundation and the Capital Area Beekeepers Association.

“The theft of our bees and beehives in January brought to light the issue many beekeepers around the country are facing – not only have bee populations been declining for decades, now they are also being stolen,” said Nicholas Bertram, president, The Giant Company.

“Bees and other pollinators are crucial to growing fruits and vegetables; without them, our produce departments and mealtimes around the table would look much different, with many of our favorite items missing from plates. Recognizing the impact bee colony loss has on our local food supply chain, we knew we would bring honeybees back to our corporate headquarters, but not everyone is as fortunate as us. That’s why we also wanted to support other local beekeepers impacted by this issue too.” 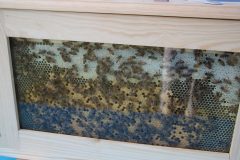 In partnership with Planet Bee Foundation, The Giant Company also awarded grants to five central Pennsylvania beekeepers, totaling $10,000. The beekeepers will use the funds to replace bee colonies, rebuild beehives and continue research.

“This grant will allow me to enhance bee breeding efforts, which ultimately enable better survival rates and provide strong queens to other local beekeepers in the Midstate,” said John Patterson, local beekeeper. “The grant money will also help fund some of the equipment needed to maintain the existing beehives and splits as the colony continues to grow. Lastly, the funding will help with late season feeding of sugar syrups to build up the storage for the honeybees to feed on over the winter.”

National Pollinator Week is celebrated the third week in June every year to address the decline in pollinator populations. The nationally recognized celebration has expanded into an international initiative, acknowledging the critical ecosystem support provided by honeybees, birds, butterflies, bats, beetles, moths, wasps and flies.