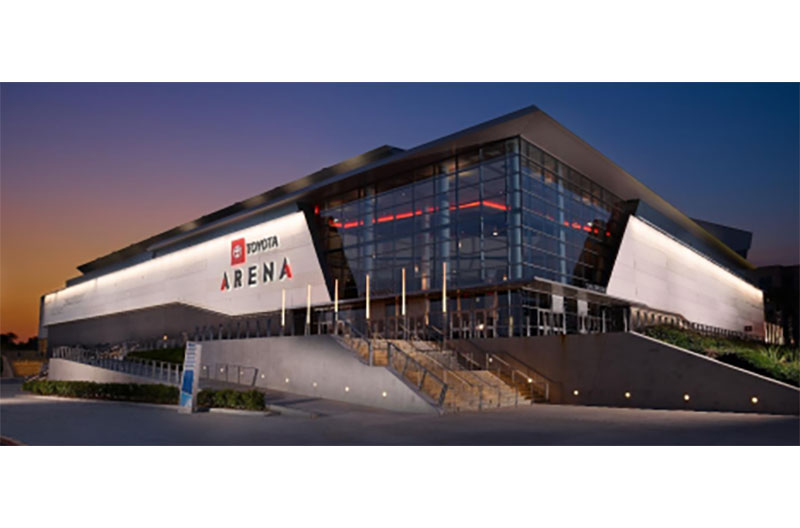 Ontario, California-based Toyota Arena has announced a partnership with Stater Bros. Markets. Guests of the arena will soon be able to experience the new branding of the North Patio, which will include live concerts featuring local bands and up-and-coming professional talent.

“We are thrilled to welcome Stater Bros. Markets as a partner to Toyota Arena,” said Michael K. Krouse, president and CEO. “It’s a natural fit – this is our community’s grocery store of choice and the amazing Stater Bros. Charities provides non-profit organizations in our local region with support. We are on board to help as well.”

The marketing amenities this partnership will provide Stater Bros. will include a presence on several assets, including the arena’s Interstate 10 marquee, overhead LED scoreboard and television monitors throughout the facility and website. The relationship created through this agreement will also provide benefits for Toyota Arena guests, including new Stater Bros.-inspired food and beverage options.

Stater Bros. and Toyota Arena recognize the important role they play in the overall development of the City of Ontario. The city’s commercial and residential growth and its status as a destination location will result in economic growth, jobs and a thriving community. The partnership will also open up new opportunities to support the giving efforts of the grocer’s non-profit charitable arm, Stater Bros. Charities.

“This really is an exciting day for the entire Stater Bros. team. As a company, we work hard to establish great  business relationships, and with Toyota Arena, we’ve found an excellent partner,” said Pete Van Helden, Stater Bros. CEO. “I look forward to the new opportunities our partnership will bring and its benefits for the City of  Ontario and the Inland Empire as a whole.”

Toyota Arena can accommodate capacities up to 11,000 for concerts, family shows and sporting competitions. The arena features 36 suites located on two levels and a continuous concourse hosting a variety of refreshment stands, merchandise kiosks, a VIP club and other fan amenities. The arena is home to Ontario Reign – AHL Hockey Team, the Ontario Fury –  MASL Soccer Team and the Ontario Clippers – G league basketball team.