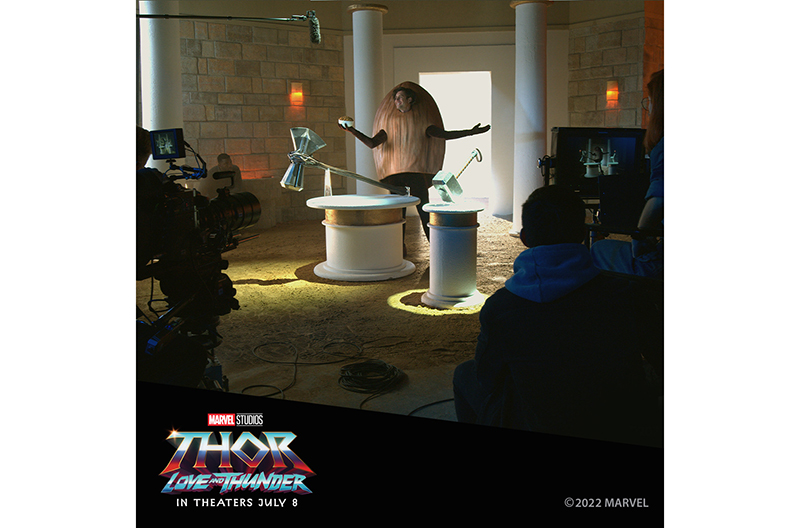 California Almonds has teamed up with Marvel Studios’ “Thor: Love and Thunder,” which premiered in theaters July 8, to celebrate the release of the film.

A source of essential vitamins and nutrients, including antioxidant vitamin E, magnesium, six grams of plant-based protein, 13 grams of unsaturated fat and one gram of saturated fat, plus four grams of fiber per one ounce serving, almonds can be a “super-powered friend in wellness.”

“Earlier this year in the U.S., the Almond Board of California launched a new campaign to demonstrate how almonds can be a reliable ‘Friend in Wellness,'” said Emily Fleischmann, VP, global market development.

“With Marvel Studios’ Thor: Love and Thunder highlighting Thor’s own journey that would guide him in this epic adventure, we couldn’t have imagined a more organic synergy to inspire more people around the world to live well. The lead up to the film release was a sensational moment in time to share the many ways that almonds can be a weapon in wellness in your everyday hero journey.”

The advertising campaign will run in five markets including the U.S., Mexico, Italy, United Kingdom and India.

Established in 1950 and based in Modesto, California, the Almond Board of California is a non-profit organization that administers a grower-enacted Federal Marketing Order under the supervision of the United States Department of Agriculture.

For more information on the Almond Board of California, visit almonds.com.