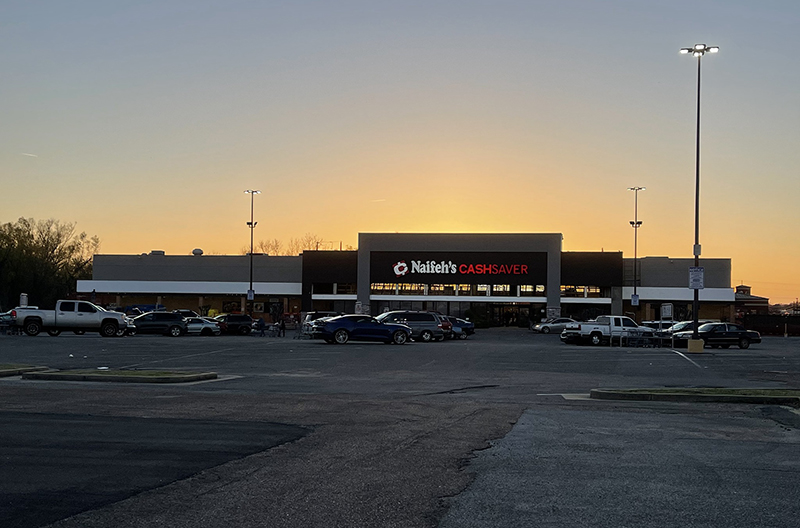 In the small western Tennessee town of Covington sits a landmark that has been part of the community for 112 years – the independent grocery store, Naifeh’s Cash Saver.

Owner Judson William Oney Naifeh, is a fourth-generation grocer. His great-grandfather immigrated from Beirut, Lebanon, before starting a trading business under a different name. His grandfather was just 21 years old when he took over the business following his father’s death. He would go on to own a store, Oney J. Naifeh’s, on Covington’s downtown square. 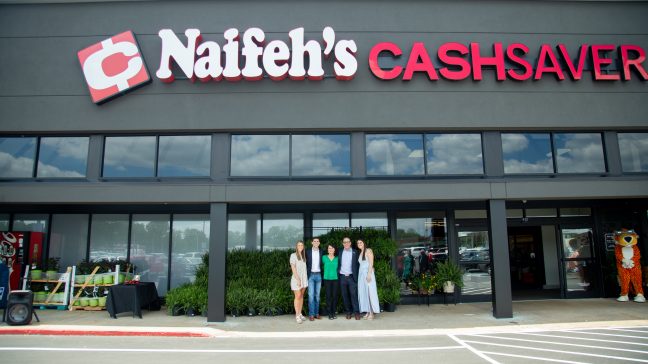 “[My grandfather] did not speak English when he got here…he was actually the first store in town to sell refrigerated milk and have a refrigerated market. You know back in the 1900s, you had a milkman. You didn’t have milk in a grocery store,” Naifeh said.

The Naifeh family business has gone through many iterations since opening in 1910. Currently, Judson and his wife, Dana, own Naifeh’s Food Market in Munford and Naifeh’s Cash Saver in Covington.

After graduating from college in 1997, the high school sweethearts purchased the Munford location themselves. The stores sit about 50 miles apart and Naifeh said his wife is the only reason they have been able to keep both “on track.”

“She is the strongest part of the business by far,” he said. “She whips me with a belt to keep me motivated…she’s the brains behind the marketing. She’s the brains that keeps the train on the tracks. She takes care of all the accounting, of HR. All the stuff that a guy doesn’t want to do.”

The Munford location found itself on the national stage in January 2014 when a $1.6 billion Powerball ticket was sold there. “That was a big deal. I mean we had every news station in our grocery store,” Naifeh said.

Covington sits about an hour north of Memphis on Highway 51. Decades ago, Naifeh’s father, Henry Joseph “Mr. Joe” Naifeh, decided to move the business from the city square to a 12,000-square-foot store along the highway. Then in 1988, Kroger opened a 45,000-square-foot location a half mile away.

“Over the years, we were here before Walmart, we were here before Kroger,” Naifeh said. “There were three other independent supermarkets throughout the 1960s and ’70s and ‘80s…throughout that process, my father expanded our store and added a deli bakery and doubled the size of the store. Over seven years, he expanded the store twice. And all the other grocery stores went out of business.”

Fast forward to March 2020 and Kroger and Naifey’s were the only grocers left standing in Covington. That’s when Kroger accepted an offer from the Naifeh family to buy its location. 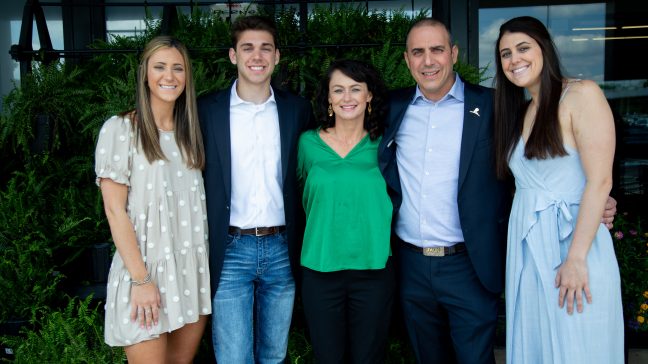 “We bought the real estate and everything. We bought everything and sent them out of town,” said Naifeh with a chuckle.

While also navigating the COVID-19 pandemic, the family made some major renovations to the former Kroger site before relocating there.

“We got the keys to the building and closed on the property Nov. 15, 2020,” Naifeh said. “Started construction Dec. 1 and finished in the middle of April 2021…thank goodness we got done when we did because the construction really was challenging at the time. Equipment and shelving and all that stuff became a real nightmare toward the end of our project. You can’t even buy an air conditioner now.”

Naifeh and his team “stripped [the building] to its core.” Taking an inside-out approach, they repainted walls, redid floors and installed new equipment. The glass entrance was removed, the deli and back rooms remodeled and the parking lot repaved.

They also installed a walk-in beer cave that features a 44-foot-by-16-foot refrigerator with 16 glass doors.

“My claim to fame – and I haven’t been proven differently, or at least no one has corrected me – I have to my knowledge the largest beer cave in the state of Tennessee,” Naifeh said.

Through the project, Naifeh’s essentially doubled in size and profits. In fact, the former Kroger building was so large, they walled off a section of it.

That space is now home to Whiskey Business, which is owned and operated by Naifeh’s daughters, Alexandra and Abigail Naifeh. They were among the first in the state to receive a liquor license following a 2018 three-year moratorium.

Naifeh’s takes pride in the store being an essential part of the community.

“We are the only independent grocer left in this town,” Naifeh said. “We sponsor almost everything that we can…we like to joke and say just about everybody’s first job in Covington is at Naifeh’s.”

And the Naifeh legacy looks to be secured. Judson William Oney “Oney” Naifeh Jr. is a rising junior at the University of Tennessee, studying business. According to his father, he has expressed interest in taking over the family business following graduation. And expansion could be in the future.

“We got letters from our surrounding county chambers [of commerce] or city mayor or county reps asking us to consider their town for our next location,” Naifeh said. “When we opened the store, it got a lot of attention because it was really special.

“We’ve got so many different calls and paths. Yes, we would love to expand and, of course, this is still so fresh on us. I’m 50. My wife will soon be 50. We’re tired, I’m not going to lie. This has been a rough couple of years.

“But when my son gets out of college, if he wants to expand to another town, I definitely think we can help him.”