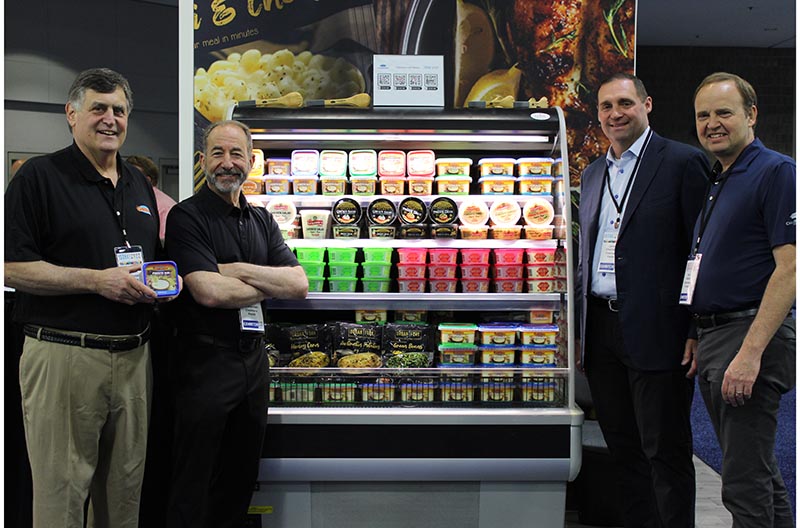 Chairmans Foods, based out of Nashville, Tennessee, has many brands under its umbrella, including the No. 1-selling queso brand in the U.S., Gordo’s Cheese Dip.

Dan Setlak, general manager of retail brands at Chairmans, said the queso category has been growing as consumers are looking for refrigerated queso with higher quality ingredients. Its newest flavor, hot, was formulated during the COVID-19 pandemic following customer requests for spicier queso.

“The queso category is an exciting place to be right now. It’s been growing for about three years now, double digits,” Setlak explained. “Consumers are kind of moving from the center store glass cheese dips shelf stable to the higher quality ingredient refrigerated cases of cheese dips.”

Chairmans recently welcomed more brands to its umbrella, including another line of queso products, Queso Mama. Chairmans has worked with it for many years as a co-packer before taking over operations.

“Lee Vickery, who’s the founder of Queso Mama, has joined the whole Chairmans family. So she’s working with us on a consultancy basis and is very involved on the branding of the product and its development,” Setlak said. “But Chairmans now owns the brand and so we’re investing in the capacity and resourcing to really expand it to its full potential.”

Along with Queso Mama and Gordo’s, Chairmans featured its Mrs. Grissom’s pimento cheese and deli salad brand. Additionally, the wholesaler has begun to tout the launch of a frozen food brand, Urban Fork.

Urban Fork began in the Southeast as a semi-regional brand called Fixin’s, according to Frank Sadari, national sales director with Chairmans. The Fixin’s brand migrated over to Southwest markets and had “good acceptance but it needed to evolve.”

“The concept was really for consumable grab-and-go and hot,” he said. “So the retailer would take the product, take it out of the pouch, heat it and put it back in a pouch and serve it. We saw [that] as too clunky.

Company officials felt the product could be improved and appeal to more consumers.

“We said, ‘Hey we can take this to another level.’ Not have the connotation of just Southern, but we could give it a more universal, a more national appeal,” Sadari said.

“It’s great for the consumer now because it’s grab-and-go. It is merchandised over in the deli as a cold application. They can heat and have it or serve it in multiple ways, however they want. It’s a very versatile product,” Sadari said.

Urban Fork will be available to consumers starting in October.