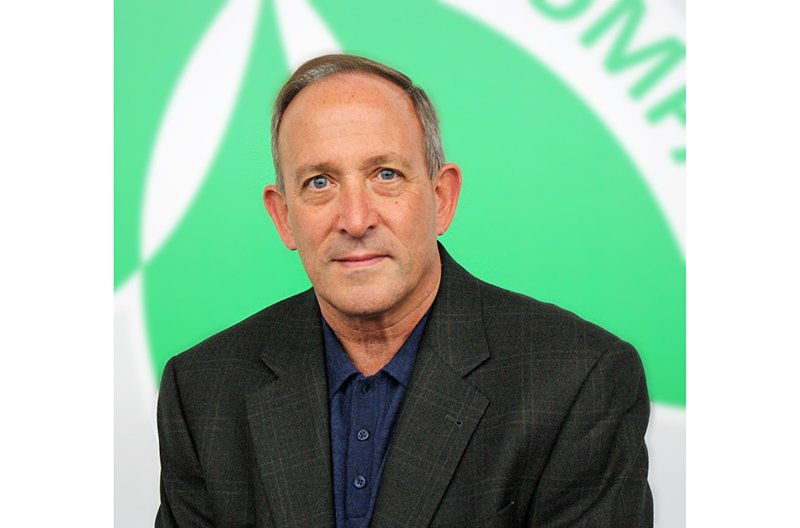 Laurel Grocery Co. is laser-focused on customer service. That is one of the reasons Kip Faulhaber, president of Laurel Retail and SVP of marketing and merchandising at Laurel Grocery, has enjoyed his almost 10 years with the company.

“The pride comes from the simplicity of the way the company is run,” he said. “There’s nothing more important than the customers we service and our employees. Take all the noise out of it and that’s what you’ve got.”

The Laurel team is constantly working to make customers more profitable and to grow their sales, “not to figure out how much money we can make at their expense,” said Faulhaber, adding that’s the way the wholesaler has always treated its customers.

Faulhaber went on to say he has “never been exposed to finer people” than those who work at Laurel. The employees are the reason the company has an outstanding 100-year reputation with its customers.

That reputation also helped Laurel garner The Shelby Report’s Wholesaler of the Year honors for its Midwest and Southeast regions.

When talking with a prospective customer, Faulhaber said employees often will have them speak with a current customer who has switched to Laurel within the past couple of years.

“By and large, we get very, very high marks in how we go about our business, how we follow through and how, after making the transition, we keep following through,” he said.

Faulhaber would put Laurel’s customer service team up against any in the industry, noting it isn’t there just to take calls but to solve problems.

“The relationship that they have built with our retailers is phenomenal,” he said.

Faulhaber also emphasized that communication between Laurel employees is important. He believes in talking in person rather than over the phone or via email. If he needs to talk to someone, he will go to their office.

He said he is proud of the fact that employees on his team know that if they have a problem, they can come to him to run through their thought process in finding a solution. He wants them to solve the problem.

“That’s how I’m positioning everybody in my organization for the long-term future,” he said.

Laurel wants to promote from within and having employees solve problems and make decisions helps them on their career paths in the company.

“I need people who will develop, who will learn, and that’s what the difference at Laurel is. I have just fallen in love with the company,” he said.

“Winston is a true, great, genuine person…Winston is there to support us with what we want to do,” he said, adding that Griffin’s connections are an asset for the company. “He’s just a really, really classy guy and loves the people. He’ll walk into anybody’s office and just talk.”

Faulhaber said Pearson has brought a lot of changes to the company due to his management style, calling him “probably one of the best communicators that I’ve ever seen.”

He and Pearson arrive at the office about 6 a.m. and talk about the things they need to do.

“He doesn’t tell me how to do my job,” Faulhaber said. “He doesn’t really tell anybody how to do their job. He just tells them what he wants done.

“With me, it’s real simple – hit the numbers, get the sales, get the gross, get the service level, get all that and he doesn’t tell me how to do it.

“He’s just a wonderful guy to work with.”

Faulhaber’s focus at Laurel is the development of current employees for their long-term future in the company. Succession planning is important to the continued success of Laurel. He added that several departments, such as perishables and advertising, have been revamped and are set to continue with little or no changes over the next several years.

According to Faulhaber, the company is positioning Jake Jennings, senior director of marketing and advertising, to become its spokesman. He said he will be working with Jennings to teach him the numbers. He also wants to increase Jennings’ exposure.

Jennings has been with Laurel 14 years, coming in as head graphic designer. He also worked in the IT department for a few years before moving back to advertising as manager. That was about the time Faulhaber was hired.

“Kip had a wealth of industry experience in marketing and analytics and merchandising,” said Jennings, adding that they “paired up well.”

From that point forward, Faulhaber has been his mentor, showing him the ropes of the industry as he moved up through the company, Jennings said.

He noted that the company offers “tremendous opportunities to those who are here and committed and care and serve. It’s just a great company.”

Watching the company grow has been exciting for Jennings, along with launching programs to benefit Laurel’s retailers, especially during the COVID-19 pandemic.

He said independent retailers have always prided themselves on cutting meat in-store. However, when the pandemic hit, it brought about major changes for independents in the form of labor issues. Some stores just no longer had the personnel to cut meat. That’s when Laurel stepped in.

A case-ready meat program was developed for stores that needed help and is now available to all Laurel retailers.

Jennings said Laurel’s programs and services differentiates it from competitors. This includes offerings such as the meat program, developed to address a need, in addition to its advertising and accounting efforts.

“Those are the types of things we have to look at as time goes on, especially as we serve independents, to help them succeed,” said Jennings, adding that many of Laurel’s programs have been born out of retailers’ needs.

That philosophy ties into the belief that if Laurel’s retailers succeed, it will succeed. Moving forward, Jennings said it will be important to identify what their retailers need – new products or services – and providing those solutions.

He recalled a food show several years ago that was themed “Building Brands Together.” Several retailers shared ideas that were creating excitement with customers.

“It’s almost contagious – this retailer has an idea, shares it with us and then another retailer shares that idea,” he said. “The wires just light up between retailer and wholesaler.”

One of the ways Laurel helps its retailers to succeed is by listening – to what’s going on in society and in the industry, Jennings said. “They need to be students of the industry and students of their retailers,” adding that retailer needs never fall on deaf ears at Laurel Grocery.