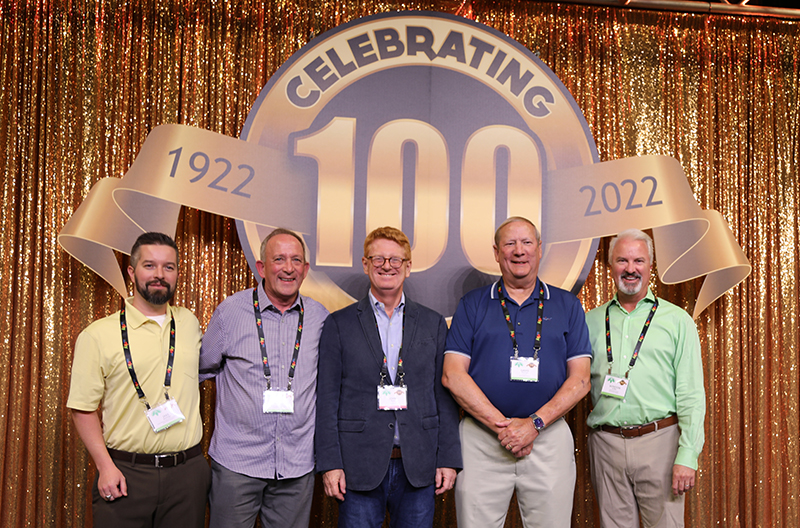 Laurel Grocery Co., The Shelby Report’s Wholesaler of the Year for its Midwest and Southeast regions, and the Independent Grocers Allliance have a decades-long history of partnership. The Kentucky-based wholesaler has been one of IGA’s nine licensed distributors since 1999.

“What I love about Laurel is they are truly a family business that supports family businesses, from the way they’re organized to the leadership team,” said IGA CEO John Ross. “Family businesses often have associates who have been in the company for 20 and 30 years, and that’s what you see at Laurel.

“You go there and there’s some of the same people working for the company from when [Chairman and CEO] Winston [Griffin] was a boy. That’s really a testament to the company culture, that you can attract and retain people who become a part of your virtual family in a way that allows you to keep your values alive and well. And their values are very strong.”

Ross said everything Laurel does is to ensure its retailers are successful. He noted that Laurel’s IGA customers say its employees care and are ready to solve a problem without evaluating “whether there’s an ROI on it. They’re just going to try to solve the problem as best they can.”

Ross said wholesalers across the world have been forced – like every modern company – to figure out a way to take cost out and be more efficient, adding that it’s easy to rationalize retailer support in those decisions. He said Laurel has never “scrimped” on customer service.

“When you prioritize that, usually a very successful business follows,” Ross said.

He pointed out the signs posted around Laurel that say “Think Retail.”

“Everywhere you go in the company it says ‘Think Retail.’ They prioritize retail thinking over wholesaler thinking and, to me, that’s genius.”

Doug Stone has been an area director for IGA 18 months and works with Laurel as one of IGA’s licensed distribution centers. In his role, Stone said he interacts with the wholesaler to “assist them in making sure that they’re taking full advantage of the IGA programs.” Laurel has a “great bunch of people to work with, so it’s an easy job.”

Stone said Laurel is unique in that is has been owned by the same two families for 100 years – the company’s anniversary is this year – with each family having 50 percent interest in it.

“Laurel has been extremely easy to deal with because they do have that family ownership and they’re involved in the community, they’re involved with their retailers,” he said. “One of the things that makes Laurel so great is that family relationship, it isn’t just business reporting to a quarterly P&L program for Wall Street.”

He added that, as a wholesaler, Laurel “does a tremendous job” of being able to relate to its retailers, noting the company has a few corporately owned stores.

“That gives them the ability to understand what’s happening at retail, and then they can translate that into what they do for the independent,” he said. “That’s worked really well for them.”

The relationship between IGA and Laurel is “really pretty seamless,” according to Stone. In many cases, Laurel customers are taking advantage of IGA programs delivered by the wholesaler that they may not realize are from IGA because of the close interaction between the two.

Stone cited an old promotional program – IGA Days. “That was an IGA program, but Laurel has taken that on wholeheartedly and is now delivering that program seamlessly to the retailer.”

He said Laurel understands that delivering that program to the retailer, having that IGA product on the shelf and then having the consumer bring it home is “a seamless delivery of IGA programming and IGA opportunities for the retailer that will deliver superior results.”

Stone said Laurel really cares about its retailers and acknowledges that it wouldn’t be anywhere without them. The company also recognizes that “the retailers are always going to have to come first if Laurel is going to prosper. But then at the same time, if Laurel can prosper, the retailers also will prosper. It’s really integrated into how they work with the retailers. They’re very close.”

Stone also said Laurel has a “tremendous sales team of store counselors” who work with retailers to address any issues they may have.

“It’s a good team,” he said. “I have to really call out Jake Jennings, who is the IGA contact, our first point of contact within Laurel for IGA…Jake’s a great resource for the IGA retailers within Laurel, and we wouldn’t be half of where we are without having Jake and all his team there that are supporting IGA.”

Jennings, senior director of marketing and advertising for Laurel, termed Laurel’s association with IGA as one of its most beneficial partnerships.

“A high percentage of Laurel’s sales volume is from IGA retailers, and Laurel carries one of the very highest SKU counts amongst all wholesalers nationwide,” Jennings said. “We have worked hand-in-hand with John Ross and the IGA team to develop a program for our retailers that taps into all of the great tools that IGA has to offer – the National Digital Ad, the Coca-Cola Institute and much more.

“Laurel has combined IGA’s offerings with our own exclusive Laurel programs to provide a unique experience for our IGA customers that is second to none.”

“We have worked very closely with Ashley Page and Heidi Huff, who have been tremendously supportive of Laurel from a marketing standpoint,” he said.

Jennings also noted the growth of private brands among shoppers over the past three years.

“IGA and other private brand products are a huge part of Laurel’s value proposition and will continue to be in the future.”