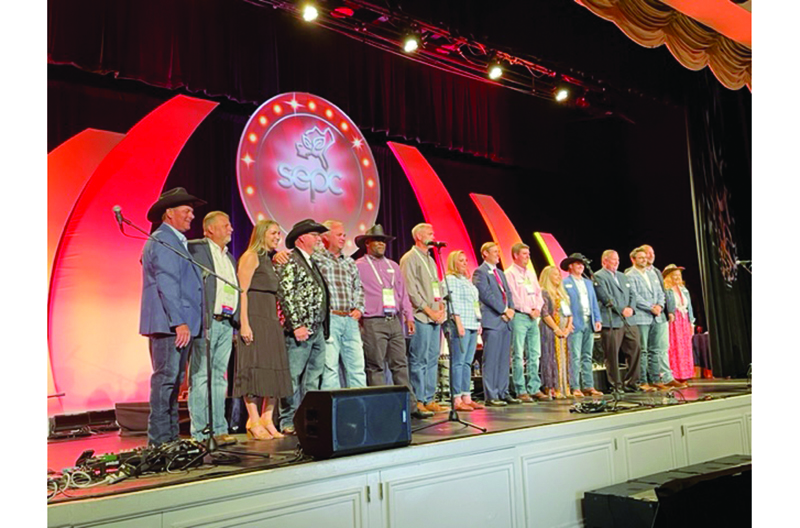 David Sherrod, president and CEO of Southeast Produce Council, spoke with The Shelby Report of The Southwest during the recent Southern Innovations conference in Nashville, Tennessee.

A member-driven, nonprofit association of more than 3,000 leaders from the produce industry, the SEPC formed more than 20 years ago to promote the value of fresh fruits and vegetables in 10 Southern states through networking, innovation, community and education.

Sherrod described attendance at Southern Innovations as “phenomenal.” While more than 1,100 had initially registered, later reports placed turnout at about 1,200.

Anne Marie Roerink with Texas-based 210 Analytics was the speaker at the “What’s New from the Consumer View” educational session. She has worked on FMI’s The Power of Produce Report, and Sherrod said SEPC asked her to develop a report for the show.

According to Sherrod, the council officials told Roerink what they were looking for – innovations that had anything to do at the farm, in store, on menus, for the planet – and she delivered.

“She went out to research that, and I really think the report itself as a whole was a good snapshot of what’s going on in our industry,” he said.

“When we look at us as a produce family, we’re trying to really take in all those stakeholders that have anything to do with us on the SEPC and then try to give them something they can take home with them.”

Sherrod had nothing but praise for Roerink, with whom he has worked for a long time. “It seems like every time she does something, she’s got a new spin on every bit of that data. Data sometimes can get overwhelming, but she can bring it down to everybody’s level,” he said.

Touching on today’s economic climate, Sherrod said SEPC is always “prone to look at if the farmers are getting paid.” With a recession, the organization is worried that farmers will be put in the position where they are not going to grow as much.

The theme of next year’s Southern Exposure show will be “all about sustainability.”

“This coming year, it’s going to be really, how are we going to feed this world by the year 2050?” Sherrod said.

The 2023 Southern Exposure show, to be held March 2-4 in Orlando, Florida, will have a Star Trek theme: Produce – The Final Frontier. The overarching message will be about sustainability, Sherrod said, with speakers talking addressing what needs to be done to prepare for 2050.

For more information about the event, visit seproducecouncil.com.