Giant Food administered its first COVID-19 vaccine on Dec. 26, 2020. Leading up to and following that date, so many questions were up in the air for Paul Zvaleny, director of pharmacy operations, and his team.

With about 1,600 staff members throughout the company, Zvaleny had to write the playbook after the COVID-19 pandemic hit.

With so many unknowns, the pharmacy operations team sought multiple sources of information. Each state or district within Giant’s operational scope – Delaware, Maryland, Virginia and the District of Columbia – had its own mandates and policies. None gave a clear indication of how vaccine guidelines were supposed to be administered or coordinated. And that was just the beginning of the challenges.

“You had to figure out how to do everything, how to make everything work. So being a pharmacy – a community pharmacy, retail pharmacy – we had to play by certain rules, but there were no guidelines on how to play by the rules,” Zvaleny said.

In his nearly 25-year career, Zvaleny had no point of reference on organizing emergency use of vaccines for 152 pharmacies. As Giant Food was the first pharmacy to offer the vaccine to consumers, even external help from other retailers was limited. Beyond ever-changing federal policies, vaccine priorities, storage methods, there was the issue of pharmacies simply receiving the vaccine when promised.

“The demand was just skyrocketing, as you can imagine…it’s a brand-new vaccine that has never been done before. So that is a lot of training,” Zvaleny explained. “We had to develop all the training. We had certain storage requirements. We had to have certain temperature-monitoring devices, certain transport containers, a scheduler. All these things you have to build that aren’t built yet. They didn’t exist…we didn’t know when we were going to receive it. The date kept changing.” 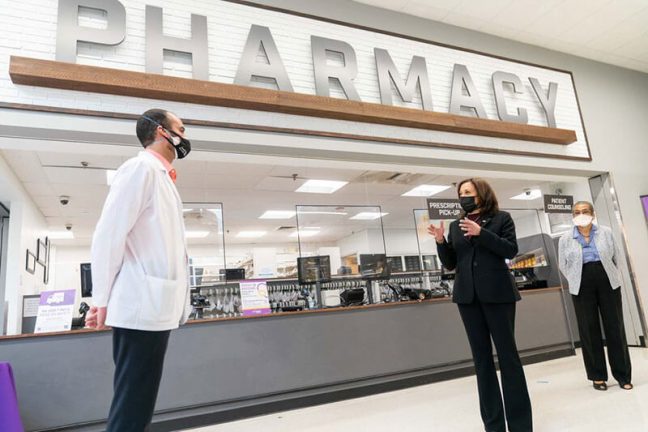 Despite the uncertainties, Zvaleny said the reason for Giant Food’s success was the inability to say “no.”

“When you look back at the trajectory we took and the reason we’re so successful is I never said no to anything,” he said. “Actually, I asked for more. If they don’t want it or whoever doesn’t want it, I’ll take the supply.”

Giant Food’s vaccine campaign began in D.C., which was a bit smoother than some of the other markets the company serves. D.C. had its own vaccine scheduler. Through that federal third party, it was easier to coordinate the correct people who were getting the vaccine at a time when supplies were limited and were available only to essential personnel like healthcare workers.

After D.C., the company’s home state of Maryland was next. Gov. Larry Hogan wanted Giant Food to help pilot the vaccine distribution. Beginning with 22 stores, it was one of the first pharmacies to vaccinate in the state. The problem, as first realized in D.C., was there were only so many doses available.

“We had 4,500 doses of vaccines in 22 stores and there were several million people who wanted it,” Zvaleny said.

As vaccines became available for more people, Zvaleny and his team worked with the Federal Retail Pharmacy Partnership and the respective states to bring in more vaccines for not only the store’s pharmacies but also external clinics the company held.

“We were working on high throughout clinics with [Maryland], working directly with the governor’s office, working different entities…we built immunization teams. We had 50 pharmacists and techs all the days and nights give [vaccines]. We built central separate teams to do all the billing and the paperwork.”

Throughout 2021, Giant held more than 1,500 external clinics in Maryland. They were held in schools, nursing homes, skilled nursing facilities, juvenile centers, detention centers and homeless shelters. The teams even went to individuals with developmental disabilities.

“We went everywhere…we went outside of our footprint – significantly outside of the footprint – to keep driving that and get those vaccinations there,” Zvaleny said.

Giant Food’s efforts through the pandemic were recognized by Vice President Kamala Harris, who visited a store in the D.C. area to see the operation in motion and address the importance of getting immunized. Delaware and Virginia were the last of Giant’s market states to ask for the company’s help to coordinate vaccines. To date, Giant Food has distributed more than 1.1 million vaccines – and it all started with the word “no.”

To view the complete Retailer of the Year section, presented by The Shelby Report, click here. 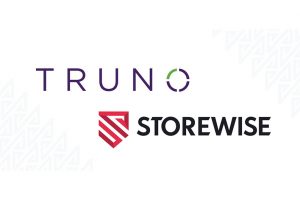 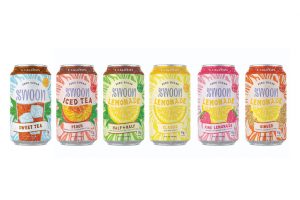