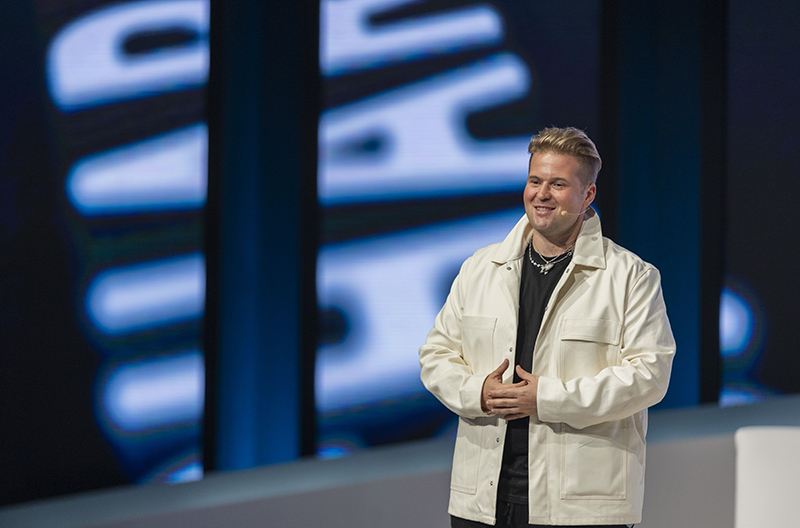 The Texas International Produce Association has announced that the 2023 Viva Fresh Expo keynote speaker will be Charlie Jabaley. The expo will be held March 30-April 1 at Gaylord Texan Resort & Convention Center in Grapevine, Texas.

“We want inspiring stories that raise the bar on healthy living and motivate us all to do better,” said Dante Galeazzi, CEO and president of TIPA.

“Some may not see the natural connection between a rap music executive turned philanthropist and Viva Fresh, but I can assure you the gateway to the success Charlie is living today began by translating his love of life into leading a healthier lifestyle that included fruits and vegetables.”

Initially billed as CEO Charlie, Jabaley is the founder of Street Execs, a music label representing talents like 2 Chainz and Travis Porter, and has sold more than $2 million of dabbing Santa sweaters. It was a brain tumor diagnosis that forced him to re-evaluate his life choices.

Jabaley still lives with a benign brain tumor, but CEO Charlie has transformed into Charlie Rocket: a health advocate, inspirational leader, athlete and philanthropist. He has completed an Iron Man race, worked with Nike as a featured athlete in its “Dream Crazy” campaign and has raised more than $5 million through his Dream Machine Foundation as he travels delivering knowledge, inspiration and dreams straight to people’s doorsteps.

“Everything Charlie touches has irresistible energy and I can’t think of a better person to hype the importance of healthy eating and get our audience excited than Charlie Rocket, who knows how to entertain and shows us how to achieve big dreams when passion and purpose collide,” Galeazzi said.

The Viva Fresh Produce Expo was established in 2015 by the Texas International Produce Association in order to create networking and educational opportunities for its members while shining a light on the Rio Grande Valley as a trade corridor and production zone for healthy and nutritious fruits and vegetables available all year long.