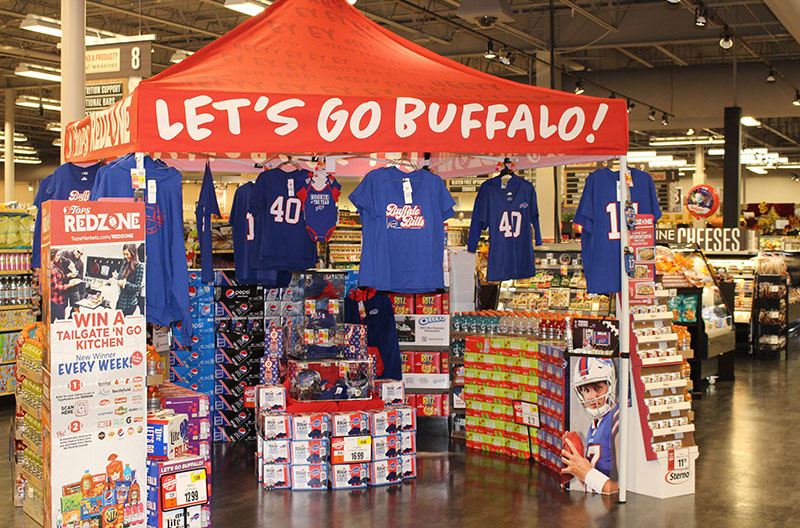 When it comes to point-of-sale merchandising, Tops is best in class. From sports-themed pallet displays on the store perimeter to impulse cross merchandising in center store aisles, the team continues to find creative new ways to grab shoppers’ attention.

“Merchandising is one of the things we think we do better than anybody,” said Mike Patti, RVP. While 80 percent of core merchandising is standard from location to location, store managers are given the autonomy to customize and enhance that baseline program to their community.

“Our store managers have the ability to put their own thumbprint on a display, whether it’s driven by their store audience or just their creativity,” Patti said.

Mike Nugent, VP of merchandising, said the chain works with its vendors to build direct store delivery displays, then allows store associates to “put their own touch on merchandising, so they can be excited about it.”

“They want to make their displays come alive a little bit more,” said Jeff Culhane, SVP, merchandising. “They’re always thinking about top line and bottom line, how to maximize the impact to get a few more dollars from a sale, to get customers to add those extra impulse items to the cart.”

Culhane credited store-level teams with many of the chain’s most creative and effective merchandising ideas.

“Store associates are our eyes and ears, and they know what is working. Great ideas frequently come from the stores,” he said.

That store-level tweaking is serious business at Tops.

“Our team is super competitive. If they see somebody doing something great, they want to do something even better. Those competitive juices start to flow,” Patti said.

Tops management encourages that friendly competition with staff contests and routinely recognizes and rewards employees for their ideas.

Cross merchandising is also first rate at the chain.

“So many manufacturers tell us we are best in class in cross merchandising,” Culhane said. “We continue to be a great partner with King’s Hawaiian as we build displays in multiple areas of the store – not only in deli, but also in the meat department near the sliders.”

For high-impact perimeter displays, the team showcases seasonal products with a theme and distinct color palette. They might start with a Frito Lay DSD display for a Buffalo Bills promotion, then layer in red and blue in-store bakery cakes and cupcakes, deli cheese shop items and Bills spirit wear.

“When you walk into a store and you see a football display with a TV playing Buffalo Bills highlights and tons of themed merchandise, and listen to the ‘Shout’ song over the music system, it gets people pumped,” Nugent said.

Smaller in-aisle cross merchandising is just as important – shelf-stable milk on a rack or display in the cereal aisle or black pepper on a clip strip near fresh eggs are key basket boosters.

“We add our brand sliced cheese, sandwich topper burger packs with onions, lettuce, sliced tomatoes and ready-to-go corn on the cob merchandised in the meat case next to the hamburgers,” said Jeff Cady, VP of produce and floral

“One benefit is visual because it’s a color break. But it’s also an incremental sale. It’s those little things that create excitement.”

“We frequently cross merchandise produce with bakery, such as our store-made buttermilk biscuits or angel food cake with strawberries. We’ve even done pineapple with chocolate,” said Karri Zwirlein, director of bakery, deli and prepared foods.

She added that the chain is always looking for new ways to bring products together across the store.

“We have to think creatively all the time, because the world around us is constantly changing,” she said.

To read the full anniversary section on the grocer presented by The Shelby Report, click here. 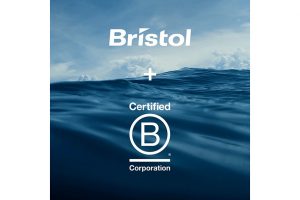