With the United Nations declaring 2012 the “International Year of Cooperatives,” the National Cooperative Grocers Association (NCGA) will officially kick off its year of celebrations with a “virtual” premiere of an online video series hosted by Kevin Gillespie, co-owner and executive chef at the Woodfire Grill Restaurant in Atlanta and sixth season finalist of the Bravo TV series, “Top Chef.” In the series, Gillespie journeys through farm fields and grocery aisles showing the unique role food co-ops have in building local food systems and their impact in their communities.

The series will premiere at 8 p.m. Saturday, Jan. 21, 2012, at www.strongertogether.coop/premiere with the three first episodes in the 13-part series.

Following the premiere, new videos in the series will be released every two weeks beginning Feb. 6 at www.strongertogether.coop, with all videos remaining on the site through the end of the year.

Titled “Cooperatives in Social Development,” the U.N.’s “International Year of Cooperatives” designation recognizes the diversity of the cooperative movement around the world, and the economic and social contributions cooperatives make.

“’International Year of Cooperatives’ provides an ideal platform for co-ops of all kinds to tell their stories,” said Robynn Shrader, CEO of NCGA. “With our video series, we also wanted to show the many ways food co-ops help to build a better world. We invite everyone to grab some organic popcorn and join us at our virtual premiere Jan. 21 to discover that food co-ops are about fresh, delicious food and so much more.” 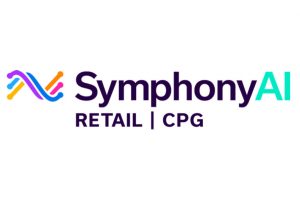