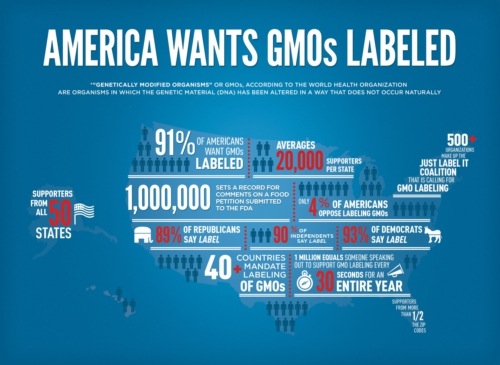 The Just Label It (JLI) Campaign has announced that a record-breaking one million Americans of all political persuasions have called on the U.S. Food and Drug Administration to label genetically engineered (GE) foods, also referred to as genetically modified, or GMOs. The campaign also announced a new national survey revealing that Americans across the political spectrum stand united in support of labeling food that has been genetically engineered. This is a striking contrast to the partisan divisions plaguing our political system.

“Pink slime, deadly melons, tainted turkeys, and BPA in our soup have put us all on notice that what we eat and feed our families is critically important,” said Ken Cook, president of the Environmental Working Group, a JLI partner. “Americans overwhelmingly demand safety, transparency and labeling of genetically engineered foods. It’s time for the FDA to come clean and restore public confidence in our food system.”

Since October, JLI, the national campaign to require GE food labeling, and its more than 500 partner organizations have spearheaded a historic number of public comments for a GE foods labeling petition (Docket No. FDA 2011-P-0723-001/CP). Today, March 27, is when the FDA is required to respond to the petition. It took less than 180 days to accumulate the record number of comments.

“In recent years, Americans have shown a real interest in knowing more about our food and now there is a clear mandate for the labeling of genetically engineered foods. This petition asks the FDA to stand up for the rights of average Americans, and not just a handful of powerful chemical companies. It’s time for the FDA to give Americans the same rights held by citizens in 40 nations, including all of our major trade partners, to know whether our foods have been genetically modified. The FDA needs to restore confidence in our food and our right to know about the food we eat and feed our families,” said Gary Hirshberg, chairman of Stonyfield, a JLI partner.

Consumer support for GE foods labeling in the U.S. is nearly unanimous, according to the political opinion survey on GE food labeling conducted by The Mellman Group on behalf of JLI. Explained pollster Mark Mellman, “Few topics other than motherhood and apple pie can muster over 90 percent support, but labeling GE foods is one of those few views held almost unanimously.”

Colorado mother and author Robyn O’Brien, who founded the AllergyKids Foundation, a JLI partner, after one of her children had an allergic reaction to breakfast, said: “Americans are responding to the call for GE foods labeling because they want more information for their families. Like allergen labeling, GE food labels would provide essential and possibly life-saving information for anyone with a food allergy. Being responsible for the health and safety of my children, I believe it’s my right to know about the food I feed my family…from allergens, to ‘pink slime’ to GE foods.”

“Genetically engineered foods,” “genetically modified organisms,” or GMOs, are organisms that have been created through application of transgenic, gene-splicing techniques that are part of biotechnology. This relatively new science allows DNA (genetic material) from one species to be transferred into another species, creating transgenic organisms with combinations of genes from plants, animals, bacteria, and even viral gene pools. The mixing of genes from different species that have never shared genes in the past is what makes GMOs and GE crops so unique. It is impossible to create such transgenic organisms through traditional crossbreeding methods, according to a JLI news release. 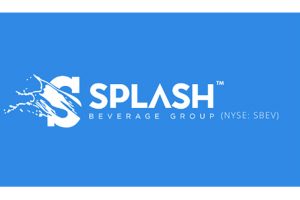