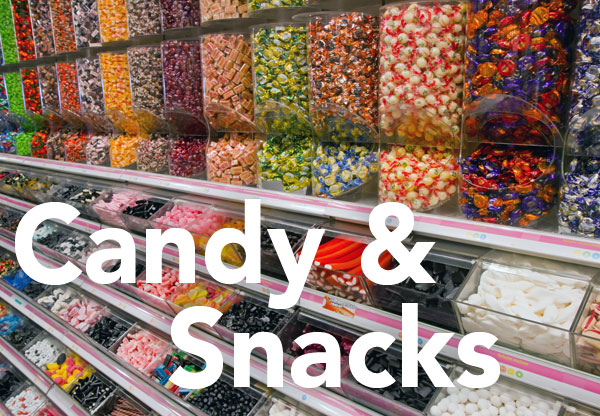 The 2012 Farm Bill now being debated in Congress is not the answer to solve the ­problems in the sugar industry, some industry leaders say.

Despite the problems, the industry is holding fairly steady through the national economic turmoil. To date, confections and chocolates haven’t been hit very hard through the Great Recession, according to National Confectioners Association spokesperson Jenn Ellek, who says the industry is “recession resistant.”

“You hear a term that some economists will use called ‘recession resistant’…because of the nature of our product, which is small and affordable and tastes good,” said Ellek, director of trade marketing and communications at NCA. “That’s why we have been able to kind of ride this economy for the last couple years and not have a huge impact to retail sales. Our retail sales for the whole category increase between 3 and 4 percent on average, and that’s where they have been for the past couple years.”

Ellek says there hasn’t been more growth than that because of the surging prices of commodities.

“We’ve had pressure in other areas—the commodities,” she said. “It goes back to the Farm Bill with sugar. It’s the cost of doing business, and what has happened is even though you will see that our sales are up as a whole, category units are down slightly and that’s due to the cost of making the product.”

The Coalition for Sugar Reform submitted testimony for the record urging Congress to abolish or revamp the U.S. sugar program in the 2012 Farm Bill.

Citing the program’s many flaws, including artificially raising the price of sugar in the United States which affects consumers and businesses along with destroying American jobs, the coalition detailed the case for the reform in a press release.

Jenn Ellek, director of trade marketing and communications for the National Confectioners Association, says that this year’s expo is going to bigger and better than any expo in the NCA’s history.

“We were sold out last year, it was our biggest show ever in our 15-year history,” she said. “We are officially sold out as of (April 3), which means we have topped the size of

our show from last year, which means this year is our biggest show ever.”

Ellek said the show will cover more than 143,000 s.f. of exhibitor space and over 550 companies will exhibit along with overall attendance about 14,000. The show will be from May 8-10 at McCormick Place in Chicago.

[/gn_box][/gn_pullquote]“The sugar program creates a jobs issue because input prices affect competitiveness. This is why over the past few years, the media has regularly reported on food manufacturers ­relocating to countries that do not artificially restrict access to ­internationally traded sugar supplies. The U.S. Commerce Department found that for every job saved by the sugar program, three good manu­facturing jobs were lost. Nearly 600,000 American are employed in segments of the food and beverage industries that use sugar,” the coalition’s testimony said.

The coalition also cited a recent Iowa State University, study which found that reforming U.S. sugar policy could benefit American consumers by as much as $3.5 billion a year and increase annual U.S. employment by up to 20,000 jobs per year.

“So, although it looks like our sales are up, if they are shipping less it means that there has been a price increase,” Ellek said. “We are more concerned with making sure that our manufacturers have access to supplies that are priced on the global level and not inflated by some government regulation. That is something that we really are very conscious about and that we are working hard to compete on a global level.”

Overall candy and gum sales increased 3.9 percent during the past year compared with totals from 2010, according to research firm SymphonyIRI Group Inc.

Chocolate led the way in growth, with a 5.6 percent jump in sales, while non-chocolate candy increased 3.4 percent compared with the year prior, the researcher says. Gum sales grew 1.7 percent during 2011.

But even with the rise in commodity pricing, Ellek says the industry is doing well with ­thousands of product launches each year, many influenced by global flavor trends.

“We have close to 3,000 new products released every year; we are one of the categories with the most product releases,” she said. “For us it is always so difficult to pinpoint the trends because they are all over the place and there is something for everyone.”

Some trends that Ellek pointed to for candy is dark chocolate and exotic flavors like lemongrass.

“If you are talking flavor combinations and flavor trends, of course dark chocolate is still popular. (Milk chocolate) is more popular than dark, but dark is gaining,” she said. “Then again, you are going to see items with the exotic flavorings where it will lean more toward Asia than America—chilies and sea salt to lemongrass and tea are really big flavors that are used in candies.”

Americans are finally catching on to worldwide flavors after the saturation of food ­tele­vision and international travel. Healthy living also is a trend that manufacturers are having to adapt to quickly.

To elevate confectionery industry awareness and strengthen its current and future workforce, the NCA and its members have developed The Confectionery Foundation, which will focus on education, philanthropy and research.

The NCA says the foundation will initially conduct educational outreach programs to Chicago area high schools and vocational programs during the Sweets & Snacks Expo, offering guided tours of the trade show, giving students an overview of the industry and the types of careers available in the candy business.

Further, it will promote confectionery factory tours and work to develop school curricula based on candy manu­facturing and operations, according to the foundation.

The Confectionery Foundation board will be chaired by Sara Clair of Brown & Haley, and Bill Kelly of Jelly Belly Candy Co. will serve as vice chairman.

“Definitely, portion-control sizes are very popular and you are going to see that more and more,” she said. “Also, there are a couple of attributes that consumers are going to be ­looking for in their snacks, the first and foremost is taste.”

Even with the health and wellness issue being forefront for consumers right now, “taste is still very important to consumers, and even though folks are trying to make everything healthy and low fat and low sugar and no sugar and all that, at the end of the day, the consumer has still got to like the taste,” Ellek added.

Indulgence and convenience also are on the manufacturer’s radar as a way to accommodate consumers.

“Candy is still one of those easy-to-afford treats that make you feel special,” Ellek said. “Having that permission to have that piece of chocolate at the checkout counter is a big theme, and people are going to be doing more and more at the front-end.

“Consumers are looking for convenience and you see this a lot with standup resealable pouches, the larger containers of gum that fit in your car. You are going to see that more in the packaging realm than anything.”