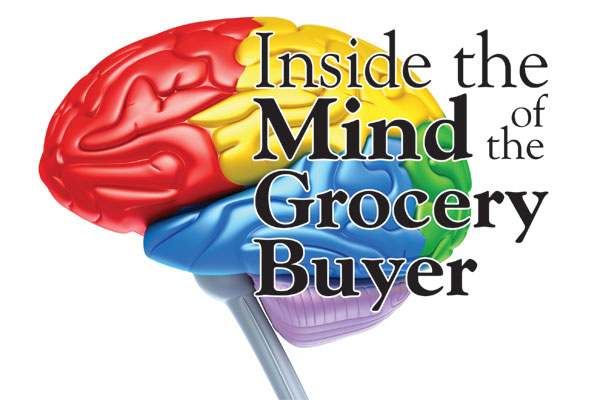 Buying local produce and meats and shopping at independent stores is one of the hottest trends in the grocery industry, recent studies say and executives agree.

Grocery buyers are taking the national trend very seriously and adapting their buying habits to suit the wants and needs of the grocery shopper.

Piggly Wiggly, a 100-store grocery chain in the South, launched its “Local Since Forever” campaign, the company’s first brand campaign in six years, to highlight the local buying habits of the stores.

The Charleston, S.C.-based chain is using a two-minute spot to kick off the new positioning, spokesperson Christopher Ibsen told Marketing Daily. It plays off the special beauty of South Carolina, as well as the chain’s 65-year history of local ownership.

“It taps into this deep sense of pride and commitment to what we’re trying to accomplish,” he said. “Besides plenty of imagery of the Carolinas and coastal Georgia, there are familiar images of our stores, and the commitment to local communities, whether that’s sponsoring church picnics, Little League games or parade floats.”

The positioning stemmed, in part, from the chain’s long commitment to local gastronomy, which it began touting more prominently this year. Pig Swig, for example, its private label beer—which includes Pig Tail Ale and Pig Pen Pilsner—was launched nine months ago and has significantly exceeded all forecasts, Ibsen said.

In a recent report from Mintel, the market research company says that the buy local trend is edging out the importance of organics to consumers.

An anonymous grocery buyer from an anonymous chain in the West told The Shelby Report that most of the produce at their stores is sourced locally and the store managers have a big hand in approving those farms and farmers.

“As we’re a chain, we kind of do all the sourcing for the chain locally and being that it’s mostly local anyway—I’m willing to bet 80 percent of our produce is local—we do a lot of local buying with neighborhood farmers on a one or two or five store basis, that the store managers do work on and we have a whole approval process they go through to make sure that the product is fundamentally safe for consumers and everything else.

“From a local perspective, we’re seeing a lot of traction on the buy local, support local whether it’s packaged goods and especially produce; it makes a huge difference if you are able to highlight Bob’s Orange Farm on your oranges.”

The United States Department of Agriculture released data in November from a study by the Economic Research Service called “Direct and Intermediated Marketing of Local Foods in the United States.”

The research showed that the market for local food—food that is produced, processed, distributed and sold within a specific region, say a radius of several hundred miles—is growing. Large, small and midsized farms are all tapping into it.

Findings in the report said that the market for local foods goes well beyond direct-to-consumer sales. “For the first time, the new ERS report also looks at what are called ‘intermediated marketing channels’ or sales from a farmer to a regional distributor, grocer, or restaurant, and then on to a consumer. Combined, intermediated and direct local food sales totaled nearly $5 billion in 2008. Intermediated sales were three times larger than direct-to-consumer sales — so in other words, farm sales to regional distributors, grocers and restaurants are a big piece of the local food picture.”

Also, the report said that it’s not just small farms getting in on the buy local movement.

“Large farms are more likely to sell to restaurants, distributors and retailers than are small farms and direct-to-consumer sales are evenly split between small, midsized and large farms.

J&J Foods, based in Gainesville, Ga., routinely buys fruit and vegetables from Jaemor Farms about 15 miles away from the J &J corporate office.

“We do quite a bit with Jaemor Farms as far as buy local and we have another farm that we are talking to,” said Kelly Thomas, director of purchasing & marketing for J & J Foods. “We do try to support buy local, by buying Fieldale chicken out of Baldwin (Ga.), honey from Berry Wright Honey, Sorghum Syrup from Hughes Sorghum Syrup company and milk from Mountain Fresh Creameries in Cleveland (Ga).”

Thomas added that there are some considerations when buying local compared to a national brand.

“Usually it (the local product) is definitely fresher, we just have to work to get consistent quality and sizes,” he said. “Like with green bell pepper, for example, we sell by the each, so we have to have uniform sizes.”