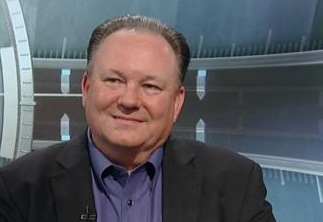 What was a 35-year supermarket veteran doing wearing make-up in the produce department of a Pathmark food and drug store? Sam Martin, CEO of The Great Atlantic & Pacific Tea Co., has held many jobs in his long career, but being a TV spokesperson was never one of them—until now.

Martin’s journey to the spotlight over the last couple of years had been intense. He arrived at Gap headquarters just as the company was entering Chapter 11 and spent more than a year reinventing what had once been the leading retailer in America. There were certainly plenty of ways to communicate the news that the company had been working to develop over the last year and a quarter. For the first time ever, the company chose to talk about all its banners in a singular television commercial. There were new products, new departments, new savings programs, and it was only appropriate that the man leading all the change should finally get to bring the message home to customers.

Martin discussed his role as the campaign’s spokesperson on Fox Business earlier this month, saying, “I have the passion for the company; I have the passion for the business. In my point of view, I’m speaking for 30,000 employees of our stores; I’m not just speaking on behalf of me. It’s about what is our company doing, what are we about, and how do we portray that best.”

Hal Brice, co-CEO of HEILBrice, commented on the decision to design the campaign around Martin, saying, “The great marketing super highway is littered with examples of CEO spokespeople gone awry. Remember the ‘I loved the shaver so much I bought the company’ guy? That wasn’t the outcome we were looking for. But as we looked around we knew Sam was the only person truly qualified to deliver this message; he crafted the turn-around plan, he drove the improvements over the last year and a half, and he is a believable, passionate guy. But even that doesn’t make a great spokesperson. It was critical that we capture for customers this real genuine person who cares about them. That’s why we interviewed him instead of having him talk directly to the camera. There was no script, just a list of questions designed to let Sam talk about what was so important to him.

“Sam’s messages out there speak to customers and they speak to the team members in the stores, who have frankly been through a lot over these last months. We’re hearing nothing but very positive feedback from the associates, who feel that it truly is the dawn of a new day at their company.”

The agency assisted the company in redesigning and repositioning the most important departments in the store, from the new Live Better Pharmacy and Wellness Factor nutritional labeling program to The Two Forks Bakery, The HR Deli, and Woodson & James Brand Angus Beef. Every department included point-of-sale signing, packaging and a dedicated website. Besides television, digital pre-rolls, display, and social media were employed. The Agency also developed a YouTube page (http://bit.ly/K2PgHu) that showcases all of the newly produced TV spots.

The retailer’s goal as it completes its reorganization is to be the best food and drug store in every neighborhood it serves by offering high-quality, localized products, enhanced services, and greater value.