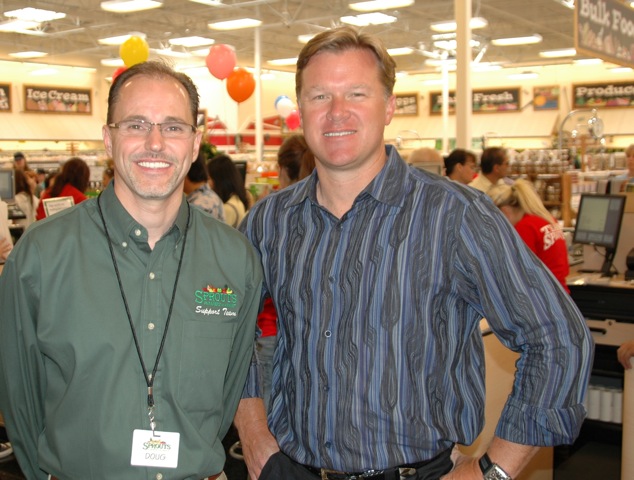 Phoenix, Ariz.-based Sprouts Farmers Markets has announced that Shon Boney, who has served as CEO since the company’s founding in 2002, will assume the role of chairman of the board of Sprouts. Long-time Sprouts President Doug Sanders will become president and CEO, whereby he will continue to be responsible for all day-to-day aspects of running the business.

Doug Sanders, a 27-year grocery industry veteran, joined Sprouts in 2002 when the company had only one store. Sanders became president of Sprouts in 2005 after serving in various roles of increasing responsibility within the company, including chief information officer and COO. As president, he has been responsible for overseeing the company’s day-to-day operations as it has grown to 147 store locations.

In his new role as chairman, Boney will continue to be engaged in developing the overall strategic vision for Sprouts, and will continue to support the company’s ongoing growth. Commenting on Sanders’ transition to CEO, Boney said, “There comes a time in the growth of every successful company when the founders recognize the need to pass the baton to new leadership. The other board members and I have been preparing the company for this transition for some time. With the successful integration of the Henry’s and Sunflower acquisitions, Sprouts is shifting its focus back to accelerated organic new-store growth, and we felt the time was right to transition Doug into the CEO position. Given Doug’s long-standing and successful tenure at Sprouts, my expectation is that this will be a seamless transition in the business. I look forward to continuing to provide strategic guidance as an active board chairman going forward.”

Sanders said, “I have nothing but respect and admiration for Shon, this great company he has built, and the steps he has taken to position Sprouts for the future. Our years of successful store openings, combined with last year’s acquisition of the Henry’s Farmers Markets and Sun Harvest banners, and the recent acquisition of Sunflower Farmers Markets, have positioned Sprouts as the market leader in the value-focused, natural and organic retail space. Backed by the support of Apollo Global Management and a fantastically talented group of team members, and propelled by increasing customer demand for fresh, healthy foods, I am extremely confident that we will continue to execute on our proven model of growth well into the future.”

Stan Boney, Sprouts former chairman, added, “Doug Sanders is a veteran Sprouts executive with a deep sense of the Sprouts mission and an eye to the future. His successful history and long experience put him in an ideal position to guide Sprouts into its next generation. He has my full support as a significant stakeholder and as a continuing director.”

Speaking on behalf of the full board, Andy Jhawar, a senior partner of Apollo Global Management, said, “We believe that Doug is the right executive to succeed Shon as CEO and we have been impressed with Doug’s ability to drive sales and EBITDA growth in Sprouts over the last few years. Doug has demonstrated the right mix of leadership, relevant industry experience and outstanding operational skills needed to keep the company moving forward. We very much look forward to working with Doug in driving Sprouts to new heights over the coming years.”

In the featured photo at top is Doug Sanders, left, and Shon Boney. 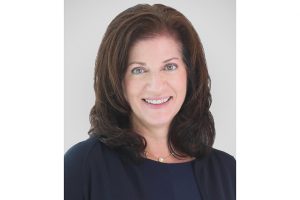 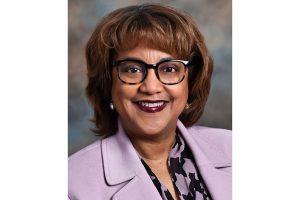