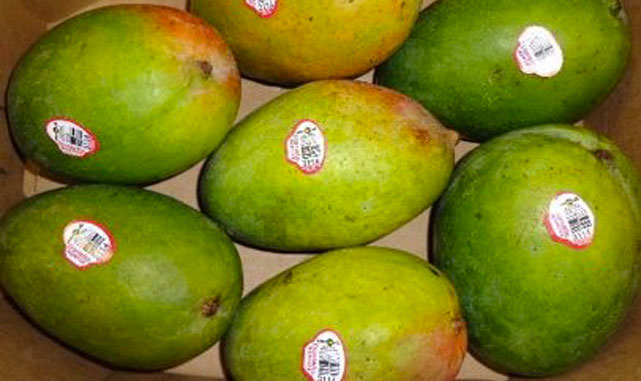 Giant Food of Landover, Md., following a voluntary recall by Splendid Products, has removed from sale Daniella mangos due to possible salmonella contamination.

The following product, purchased between July 12 and Aug. 24 is included in this recall:

Giant Food is aware of illnesses reported in Canada and associated with this recall. Customers who have purchased the product should discard any unused portions and bring their purchase receipt to Giant Food for a full refund.

Consumption of food contaminated with Salmonella can cause salmonellosis, one of the most common bacterial foodborne illnesses. Salmonella infections can be life-threatening, especially to those with weak immune systems, such as infants, the elderly and persons with HIV infection or undergoing chemotherapy. The most common manifestations of salmonellosis are diarrhea, abdominal cramps and fever within eight to 72 hours. Additional symptoms may be chills, headache, nausea and vomiting that can last up to seven days.

In addition, Lubbock, Texas-based United Supermarkets has removed all Mexico-grown mangoes—along with fresh cut fruit products containing mangoes—from its shelves due to the identification of possible salmonella contamination in other parts of the country.

“There is no evidence at this time that any products that have come through our stores were contaminated—we are simply taking every precaution in an effort to protect the welfare of our guests,” said Tommy Wilkins, director of produce procurement for United Supermarkets.

Federal health officials in Canada initially announced a recall of Mexico-grown mangoes sold in Western Canada under the Daniella brand and bearing the PLU number 4959. Other supermarket chains in the U.S. have since announced similar precautionary recalls.

In addition to the whole mangoes, United also has pulled five fresh cut fruit products, which contain mangoes and bear the Market Street label. They are:

Store guests who purchased any of the above products between Aug. 12 and Aug 28 can return the unused product to any United Supermarkets, Market Street or Amigos location for a full refund.

“We anticipate having California-grown mangoes in all our stores later this week,” Wilkins said.