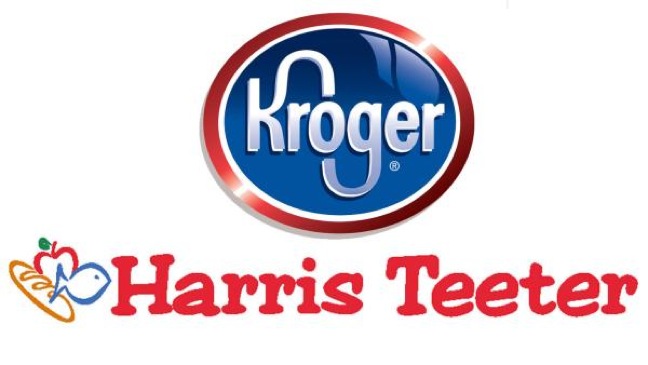 The Kroger Co. and Harris Teeter Supermarkets Inc. completed their merger on Tuesday. Under the terms of the merger agreement, Harris Teeter shareholders will receive $49.38 per share of Harris Teeter common stock. The deal is valued at approximately $2.5 billion.

“We are pleased that our merger is complete and look forward to bringing together the best of Kroger and Harris Teeter to benefit our customers, associates and shareholders,” said Kroger CEO W. Rodney McMullen. “This merger brings the exceptional Harris Teeter brand and a complementary base of stores in attractive markets to the Kroger family. We have long respected Harris Teeter’s customer orientation, friendly and professional associates, strong management team and company values—which are consistent with ours. Together, through our Customer 1st Strategy, we are going to be an outstanding combination.”

Thomas W. Dickson, the outgoing chairman and CEO of Harris Teeter Supermarkets Inc., added, “We are excited that Kroger, one of the best food retailers in the U.S., has recognized the value in Harris Teeter. This successful transaction is, first and foremost, a tribute to our outstanding management teams and associates. Their tireless commitment to delivering great value and excellent customer service has been instrumental in building Harris Teeter into the unique brand that it is today. The merger with Kroger provides the opportunity to continue to expand the Harris Teeter brand as well as to provide future employment and career advancement opportunities for our associates in an increasingly competitive market. The merger also is the culmination of a long track record of delivering substantial value to our shareholders.”

Kroger says the transaction, which was first announced last year, allows it to expand with the Harris Teeter brand and a base of 227 stores in the fast-growing and attractive southeastern and mid-Atlantic markets and in Washington, D.C. Matthews, N.C.-based Harris Teeter also operates distribution centers for grocery, frozen and perishable foods in Greensboro and Indian Trail, N.C., and a dairy facility in High Point, N.C.

Harris Teeter had revenues of $4.7 billion for fiscal year 2013.

As of Tuesday, shares of Harris Teeter common stock ceased to trade on the New York Stock Exchange.

Together, the company will operate 2,641 supermarkets and employ more than 368,000 associates across 34 states and the District of Columbia.

“Tad has done an outstanding job as the CEO for the past 16 years,” said Kroger’s McMullen. “During his tenure as CEO, the management team of Harris Teeter has more than doubled the sales of the company and increased the operating profit fourfold by building over 100 new stores, expanding into new markets and improving the overall operating performance of the company. We look forward to working closely with the management team to continue to expand the Harris Teeter brand.”

In addition, Harris Teeter EVP John Woodlief, who has served as CFO since 1999, plans to resign. Prior to his role as CFO, he served as managing partner of the PricewaterhouseCoopers Carolinas offices. Independence rules concerning Woodlief’s previous position with PricewaterhouseCoopers, who serve as Kroger’s independent accountants, prohibit him from serving in a financial role with Kroger, according to Kroger, which notes Woodlief will pursue other interests and will be available for consultation to the company.