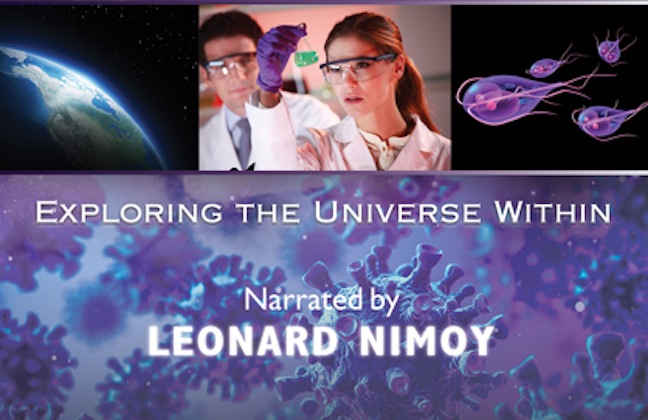 GoodBelly, a line of probiotic drinks, has partnered with Health Point Productions in support of the “Microwarriors” docu-series.

Following the first film in the trilogy, “Microwarriors: The Power of Probiotics,” and before the second film goes into production, a special edition feature has been announced for release this year. Leonard Nimoy, best known for his role as Spock in the original “Star Trek” series, will narrate it. His son, Adam Nimoy, will direct the film and it will be co-produced by his daughter, Julie Nimoy.

As part of its sponsorship, GoodBelly is working with executive producer David Knight of Health Point Productions to help raise awareness for the film and educate consumers about the health benefits of probiotics.

“We’re thrilled about our partnership with ‘Microwarriors’ featuring cutting-edge, expert information on probiotics in an exciting docu-series format,” said Alan Murray, CEO of GoodBelly. “We’re dedicated to helping people understand the importance of probiotics for overall health, and are confident that our partnership will help advance public knowledge about why these good bacteria are so essential. It’s a joy to be working with an icon like Leonard Nimoy. We applaud his efforts in spreading awareness of probiotics and the importance of maintaining good health.”

To promote awareness of the films, GoodBelly plans to mark 1.5 million GoodBelly products with labels announcing the release with information about the film and how consumers can purchase the DVD. The specially tagged items will be available in more than 4,500 natural and grocery retailers nationwide. Additionally, a “Buy 2 Get 1 Free” GoodBelly coupon offer will be included in more than 10,000 of the Special Edition DVDs.

“With all the confusion and myths surrounding probiotics today, I’m very pleased to be directing this landmark film, ‘Microwarriors: Special Edition,’” said Adam Nimoy. “This informative and insightful film will explore the world of probiotics and feature special segments on ‘Probiotics and Children’s Health,’ ‘Probiotics and your Pet’s Health,’ as well as a special segment on the trillions of microorganisms inside the human body, collectively referred to as the Human Microbiome.”

“Microwarriors: Special Edition” takes viewers “inside the world” of beneficial bacteria. Viewers will learn everything about probiotics, including their discovery in the early 20th century, how they are tested and produced and the latest scientific research from some of the knowledgeable probiotic experts. This version of the film also will feature highly developed new graphics.

GoodBelly probiotic drinks are non-GMO, dairy-free, soy-free, vegan and kosher, with gluten-free options like Tropical Orange and Fermented Probiotic Coconut Water. Made with the well-researched probiotic strain Lactobacillus plantarum 299v, GoodBelly supports digestive health when consumed daily. Unlike many other live and active cultures, LP299V survives passage beyond the stomach’s acidic environment in order to support the rest of the digestive system and ultimately overall health.

The trailer for “Microwarriors: Special Edition,” is available online at www.microwarriorsmovie.com.