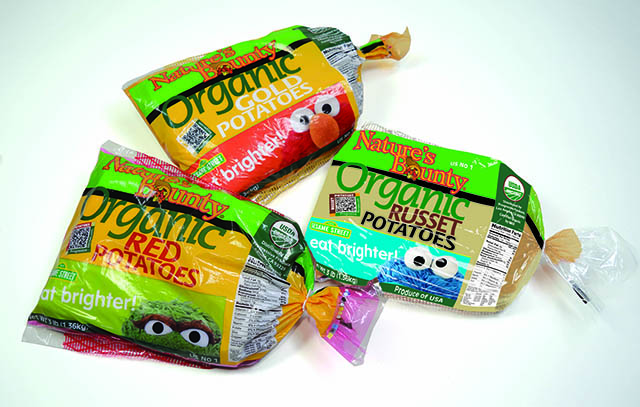 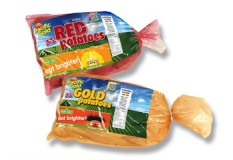 “These bags have shown great success among our customers. They make potatoes more attractive and have created interest from children and moms,” said Jack Gyben, VP of Progressive Produce.

After the successful introduction of the colored potato bags last fall, Progressive Produce has expanded its eat brighter! campaign to now include the company’s organic line.

“We have once again partnered with Sesame Street and PMA and created 3-lb. Nature’s Bounty Organic bags that include Elmo, Oscar the Grouch and Cookie Monster,” Gyben said. “Organic produce is a fast-growing category. Moms and dads want the reassurance that what they are providing their families is healthy. It just made sense to then partner Nature’s Bounty Organics with the wholesomeness and trust of Sesame Street’s wonderful characters.”

The eat brighter! line of Nature’s Bounty Organics is hitting the market this month.