Home » Company Culture Is The Most Important Factor For Success, Says ‘Happiness Expert’ 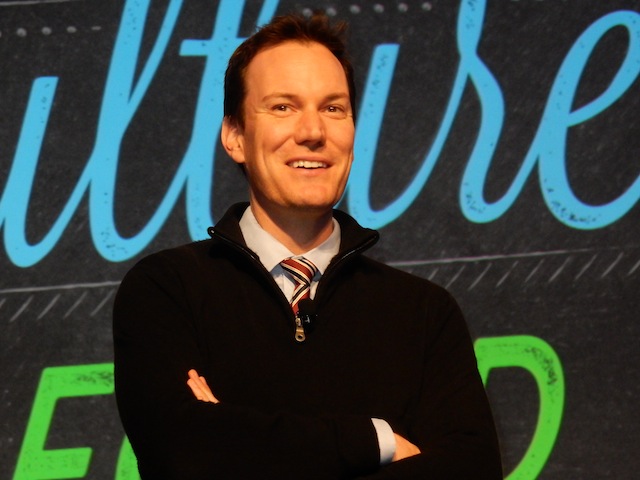 Shawn Achor, founder and CEO of GoodThink Inc. and author of “The Happiness Advantage,” keynoted the California Grocers Association’s recent Strategic Conference to share a simple message: When it comes to a company’s chances for success, “culture eats strategy for lunch.”

Achor spent 12 years with Harvard University as a researcher in the field of positive psychology, and his studies revealed that it is possible to raise people’s levels of optimism and strengthen their belief that their actions matter. This is an important breakthrough for the business world, according to Achor, because tailoring company culture to foster optimism “is actually one of the most crucial things we can do to make it so that we not only enjoy our work, but that we can sustain positive growth in the midst of the challenges we’re experiencing.”

By working with companies to improve their cultures and raise employees’ levels of optimism, Achor said he has been able to increase productivity by 31 percent, increase sales by 37 percent and triple revenues.

He used MetLife Insurance Co. as an example. When the company’s salespeople were measured for optimism, Achor found that the top 10 percent of the optimists were outselling the rest of the salespeople by 89 percent.

“They weren’t even hiring based on optimism,” said Achor. “They were hiring based upon industry standard tests. Are you smart enough to become insurance salesmen?”

In what Achor called a “multi-million-dollar gamble,” MetLife hired a group of employees that scored low on those industry standard tests but high on optimism levels—without telling them that they were part of a test group. In their first year, the test group outperformed typical new employees by 23 percent, said Achor, and by their second year, they were outselling their peers by 57 percent.

“Optimism is the greatest predictor of sales we see inside organizations as we started to put this together.”

Achor credits his success in helping companies become more optimistic, in part, to what he calls the “human revolution” that is unfolding in tandem with the technological revolution.

“We can now peer behind the curtain, inside the human brain, to see what your brain is doing as you’re constructing a picture of meaning in your life,” he said. “As you’re constructing the ideas of what you believe in and your ethics and the way you interact with other people, we can actually watch how you look and process a culture or a brand. What we discovered is your brain is amazing.”

Happiness is a choice

According to Achor, our brains are receiving 11 million pieces of information per second, but we can process only 40 “bits” of information for each of those seconds.

“As you’re thinking about the happiness in your work, it turns out your brain can only process a few snowflakes in the midst of a blizzard,” Achor said.

He pointed to people that tend to see the negative in every situation.

“How many of you know people like that?” he asked. “They can walk into beautiful resort in any beautiful place in the world, and they can immediately find something to complain about. Those people are not bad people. Their brains are experts at scanning the world for the negative first. But because their brains are limited, whatever they attend to first becomes their reality.”

This habit leaves pessimists with very limited mental resources for processing positivity and gratefulness—an ability that Achor believes is essential for both happiness and success. The good news is that his research indicates happiness is a choice, despite what he calls the “tyranny of the cultural myth” that people’s attitudes are a result of their genetics and their life experiences.

But happiness first has to be properly defined. The modern world has mistakenly defined happiness as pleasure, “which is why we keep getting tripped up,” said Achor, who believes that people resist happiness because they are afraid that if they are happy, they will become complacent.

“That’s what pleasure does; joy is the exact opposite,” he said. “The way the ancient Greeks defined happiness, happiness is the joy you feel moving toward your potential. I love this definition because it changes the pursuit of happiness as a trend to create positive cultures…Joy you can experience even when life is not pleasurable. Even in the midst of working long hours on a project, you find it meaningful—providing food for families who are working for you.”

Achor told listeners that the reason Fortune 500 companies are so successful is that they are able to create joy in their workplaces. He pointed to Starbucks specifically. Although employees working in a Starbucks café may not always find pleasure in the experience, he said, they feel joy in their work because of the sense that they are working toward their full potential. That joy comes from earning college scholarships, contributing to the community or from just doing nice things for customers.

While Achor believe we should strive for this sense of happiness, it also is important not to lose sight of reality.

“When you research it, ignorance leads directly away from bliss,” he said. “…If you believe that just by changing your mindset, everything will go well in your reality, that’s irrational optimism. And if you sugarcoat the present, we make poor decisions for the future.”

Achor has found that when leaders sugarcoat reality, people within an organization start to lose faith in their ability to lead. Instead of blind optimism, Achor promotes what he calls “rational optimism,” which should begin with a realistic assessment of the present. When it comes to the grocery industry, that reality includes the changing landscape of trends and legislative shifts. Practitioners of rational optimism see reality for what it is, but they hold on to the belief that their actions are important and can influence reality.

“What happens is, we get leaders who actually see the problems but think they’re going to fix them, instead of people who ignore the problems or who think these problems are permanent, pervasive and we’re never going to get the industry to where we want it to be,” he said.

Although it is important for decision-makers to have a rational eye for the state of the industry, “it’s not necessarily reality that shapes us,” Achor said. “It’s the lens through which you view your work, your friends, the way you process the world.”

And our viewpoints are contagious. During a study of the human brain using FMRI scans, Achor found that small parts of subjects’ brains activate when they smile. When subjects who are not smiling are shown a picture of someone who is smiling, “mirror neurons” activate and tell the subjects that they are smiling, too. Those mirror neurons trigger the release of “feel-good” chemicals, which then cause the subjects to start smiling. Unfortunately, said Achor, this works for negative attitudes as well as positive ones.

“Not only do smiles and yawns spread, but it turns out that negativity, stress, uncertainty and anxiety, we can pick up like secondhand smoke.”

To protect themselves and their employees from “secondhand” negativity, company leaders have to find a way to buffer themselves against the uncertainty and stress inherent in the industry, Achor said.

“Create a single positive behavioral change in your life,” he said. “We can watch that small change actually wirelessly tip the people that are working with you toward the belief that change is possible and happiness is a choice.”

Achor offers a number of strategies companies can use to foster a more optimistic culture, but one that is simple and quick is the practice of gratefulness. He suggests that every day, for at least 21 days, both leaders and their teams should think of three things they can be grateful for that occurred in the last 24 hours, and everyone must be specific about why they are grateful for those things.

According to Achor, this exercise has proven effective for everyone from naturally pessimistic young children to much older, habitual pessimists.

Other exercises that can foster a culture of optimism include meditation, daily acts of kindness and literal exercise. Achor recommends 15 minutes of cardio. More information on these exercises and other resources are available online at goodthinkinc.com.

*Editor’s note: Find more CGA Strategic Conference coverage in the December 2015 print edition of The Shelby Report of the West, as well as in the upcoming January 2016 edition. Photos from the conference can be viewed here. 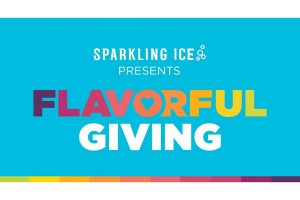