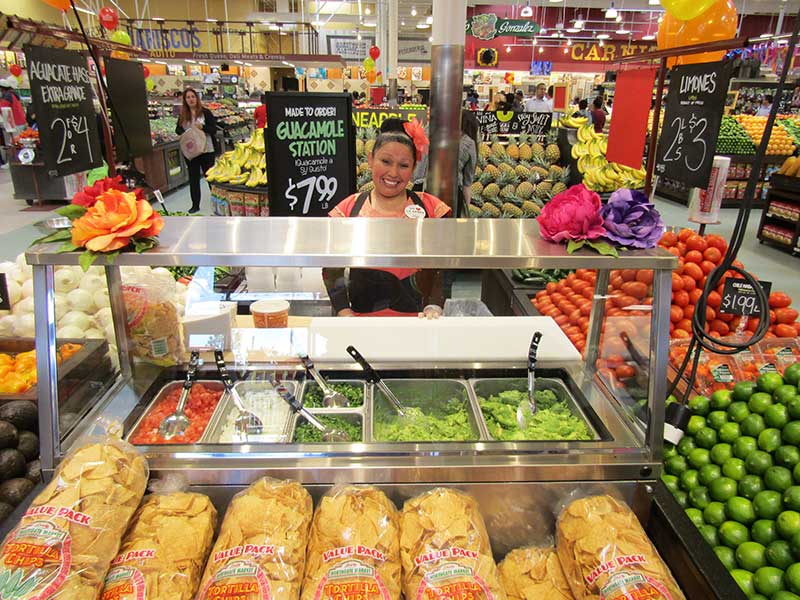 Scott Moses sees a parallel between natural grocers and Latino-focused grocers, anticipating that some of the same growth that has occurred for natural grocers in recent years will increasingly take place for Latino grocers in coming months and years.

Both companies said the new capital will be used for “creating new jobs and offering long and rewarding career paths for our executives and employees,” as well as upgrades and remodels of existing stores, which would set the stage for expansion.

Moses believes deals will keep coming, as population patterns and differentiated merchandising demand continue to amplify. Latino Americans comprise one-sixth of the U.S. population today, and just one generation from now, that is expected to rise to one-third, Moses said.

Growing their companies will give Latino grocers some of the same advantages enjoyed by mainstream chain grocers.

“In order to effectively compete in the long run, Latino-focused grocers need to develop the same kind of scale benefits as their larger peers,” Moses said. “Better buying and category management; more sophisticated customer data management systems and labor management tools; and particularly a larger, more efficient capital structure—meaning their debt is cheaper—enables more capital investment. That has been one of the reasons for increased private equity focus in the sector, and it’s one of the reasons that I think there will continue to be mergers and acquisitions among Latino-focused operators.”

These deals can take on various forms, Moses says:

• Merger activity between the chains.

• Traditional grocery stores either buy or invest in Latino chains “so they can get better and transform a whole bunch of their stores into Latino stores.”

• Independent Latino grocers involved in any of the above scenarios.

Scale is key, Moses reiterated. The costs of merchandise, credit card fees, insurance, etc., are much lower for the large chain. But Moses believes the biggest benefit of all is that the cost of capital is lower.

“That enables you to invest more in new stores or renovations or more training, or better service or better product in the stores,” Moses said. “That is what stacks the deck in favor of larger operators. And that, I think, is where, just like Sprouts, Henry’s and Sunflower, all of which were smaller regional players that benefited significantly from merging, so too, will the Latino operators benefit from becoming part of larger organizations.”

What the best Latino grocers do

The stores have some common elements that put them ahead of others, he added. They’re beautiful stores; they are authentic; and they are fun. Balloons and other colorful touches are common, the music is festive and the aromas are inviting. Most of the stores have tortilla machines that are cranking out fresh tortillas by the dozen; many also have kiosks that sell aguas frescas, the traditional fruit beverage found in Latin countries. There also typically is a large assortment of prepared foods offered, seating for those wanting to dine while in the store—whether at breakfast, lunch or dinner—and sometimes a restaurant.

“It’s a pretty efficient way for the typical shopper to get a meal and go shopping,” Moses pointed out.

What mainstream grocers can do

While many of the country’s largest grocers have dabbled in Latino concepts, including Walmart (Mercado), Kroger (Fry’s Mercado), Publix (Sabor), H-E-B (Mi Tienda) and Nash Finch (Avanza), none has made them a sizable part of their holdings to date.

But Moses believes they are likely, over time, to “make a broader commitment…to better serve their evolving customer base with authentic Latino destination stores.”

The evolving customer base—spurred by Latino population growth—is a reality all over the country, including the Midwest and the North, not just the Southwest and California.

“And there’s no reason to think that isn’t going to continue,” he said of the growth. “The birth rate is higher among Latino families than it is among Caucasian families (so) it ultimately just becomes mathematics coupled with a differentiated merchandising demand.”

So mainstream grocers have to figure out how to offer an authentic Latino “destination,” complete with the merchandise from countries south of the U.S. as well as the American national brands that are sought by second- and third-generation Latino Americans.

“It’s easy to throw some Goya beans on the shelf and call yourself a Latino merchandiser, but there’s a radical difference between that and what Northgate, El Rancho, Cardenas and Mi Pueblo are doing. If you’ve ever been in any of these stores, it is just so radically different.

“The authenticity that these stores provide—a fun destination experience, along with the nuanced merchandising—is special. They are properly characterized as specialty grocers because when you walk into a Northgate in Los Angeles or an El Rancho in Dallas, you are brought to a different place,” he said.