Publix Super Markets will make its highly anticipated Virginia debut on Saturday, July 15, when it opens its new store at 5400 Wyndham Forest Drive in Glen Allen.

This first store is located in the Nuckols Place shopping center; it’s a 54,191 s.f.

The Nuckols Place store quickly will be followed by two more stores in Virginia.

The Publix at The Shoppes at Crossridge in Glen Allen will open July 29. This store, at 51,487 s.f., is located at 10250 Staples Mill Road. This is a former Martin’s banner store Publix remodeled after purchasing it last summer as part of a 10-store group.

Kim Reynolds, media and community relations manager for Publix’s Charlotte Division, told The Shelby Report, “Six other former Martin’s stores that we acquired are set to open before end-of-year.”

One of those openings takes place Saturday, Aug. 5. The White Oak Village Publix, a larger store at 61,069 s.f., is located at 4591 South Laburnum Avenue in Richmond.

At this time, Publix has opened or announced plans for 14 stores in Virginia, a mix of new and acquired stores.

Former Martin’s banner locations being remodeled into Publix stores include:

In addition to the new store that opened July 15 in Glen Allen, three others have been announced: Brandy Creek Commons in Mechanicsville; Lee Highway and Clear Creek Road in Bristol; and Cosner’s Corner in Fredericksburg.

Publix first announced its intentions to enter the Old Dominion State in early 2016. The initial announcement included stores in Glen Allen and Bristol. Then, as noted, its growth plans for the state were accelerated in July 2016 when Publix agreed to purchase 10 Virginia stores from Giant/Martin’s, a division of Ahold USA. The stores were sold to Publix to satisfy federal regulators overseeing the merger of Ahold with Delhaize. The companies sold a total of 86 stores in East Coast markets to help push the deal through.

Publix CEO and President Todd Jones commented on the Martin’s purchase, “Acquiring these 10 locations aligns with Publix’s aggressive growth plan for the commonwealth of Virginia. We are looking forward to providing Virginians with the high-quality service and products our customers have come to expect and have earned us recognition throughout the industry.”

Ed Crenshaw, who was CEO of Publix when the company first announced its plans for Virginia (he has since retired), said of the expansion: “Being company owners, our associates continue to work diligently to exceed our customers’ expectations, which has allowed Publix to experience continued growth. As we enter new markets and continue to open new stores, our associates prepare for new opportunities, which supports our culture of promotion from within. We look forward to providing the great state of Virginia with the high-quality service and products that our customers have come to expect and that have earned us recognition throughout the industry.”

Virginia marks the Lakeland, Florida-based company’s seventh state. In September 2012, it announced its long-awaited entry into North Carolina—opening the first location in February 2014. Publix now has 25 stores there and operates 1,146 stores across its Southeast footprint. 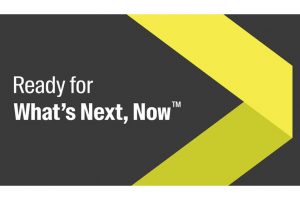