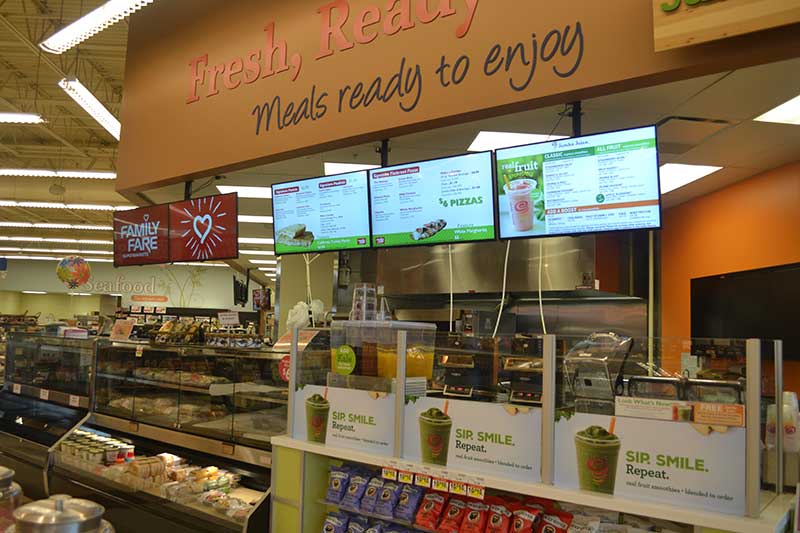 “This bill provides a much-needed solution to a burdensome regulation that was applied on a one-size-fits-all basis to vastly different industries. Unlike the chain restaurants this law was originally intended for, locally-owned supermarkets operate in a variety of formats and often cater unique prepared foods to the communities they serve,” said NGA President & Ceo Peter J. Larkin. “NGA applauds the Committee for moving this bill forward and working toward fixes that provide chain supermarkets with the flexibility to continue serving shoppers with local and unique food choices while ensuring consumers receive clear nutritional information.”

“The committee’s strong bipartisan vote demonstrates both Congress’ and supermarkets’ continued interest in getting the FDA ‘menu-labeling’ standards fixed and implemented in a common sense way that fits the variety of foods and formats of grocery stores,” said Jennifer Hatcher, FMI’s chief public policy officer. “We appreciate Reps. McMorris Rodgers and Cardenas for co-leading this effort.”

According to FMI, the bill includes sensible modifications that the supermarket industry has continually requested, such as preserving the ability to sell locally-made and locally-sourced foods, allowing for the use of a central menu board for a salad bar, and providing the ability for corrective actions and liability protections for good-faith compliance efforts.

“Enacting this legislation would direct and provide FDA with the ability to incorporate these critical changes into the current menu-labeling rule and finally resolve some of the problems that we have been encountering,” FMI said in its statement. “In addition, the bill demonstrates supermarkets’ commitment to a federal menu-labeling standard and ensures that the process moves forward to successful final implementation.”

The FDA finalized menu labeling regulations at the direction of the Affordable Care Act in November 2014. The regulations require that chain restaurants, similar retail food establishments, and vending machines with 20 or more locations list caloric information on their menus and menu boards. The regulation currently is set to go into effect on May 7, 2018.

A companion bill (S. 261) has been introduced in the Senate by U.S. Sens. Roy Blunt (R-Missouri) and Angus King (I-Maine).