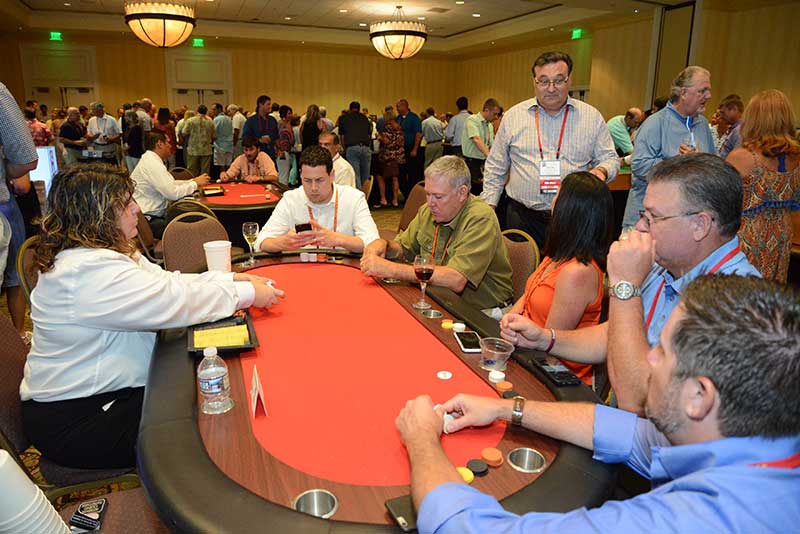 The Alabama Grocers Association recently held its 27th Annual Convention at the Sandestin Beach Resort in Destin, Florida. The association brought members from all facets of the grocery industry together to promote the growth and success of the food industry throughout the state of Alabama.

A silent auction and casino party followed that evening. The auction and raffle, chaired by Johnny Collins of Barber’s Dairy, raised more than $30,000 for the Alabama Grocers Education Foundation. This year foundation awarded 61 scholarships valued at more than $59,500, and to date has awarded more than $1.2 million in scholarships.

The association’s legislative consultant, Patrick McWhorter, presented Sen. Jabo Waggoner with the Spirit of Alabama Award, which recognizes leaders who are involved in the support of pro-business legislation and are advocates for the grocery community in the state of Alabama.

Waggoner presented a Joint Resolution to Chairman Peter V. Gregerson commemorating his Glen P. Woodard Award from the Food Marketing Institute. Keith Lusk of Golden Flake was given a plaque of appreciation for his 12 years serving on the AGA board and was made a honorary lifetime member.

New officers and directors were installed. Gregerson Jr. of Gregerson’s Foods was given the Chairman’s Plaque of Appreciation for his dedicated work during his two-year term as chairman and the gavel was transferred to Frank D’Amico III of BTC Wholesale, who will serve as chairman until 2019. 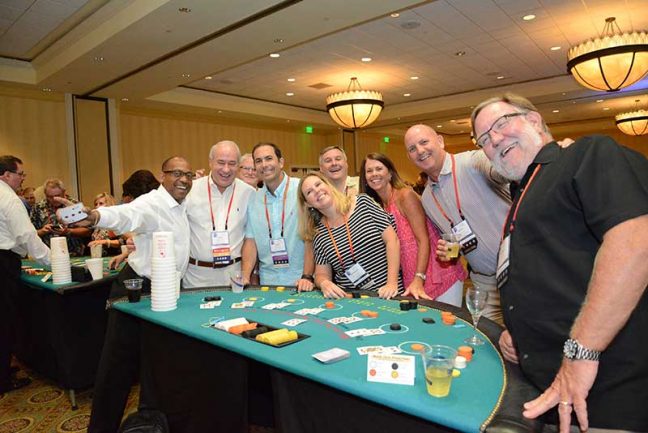 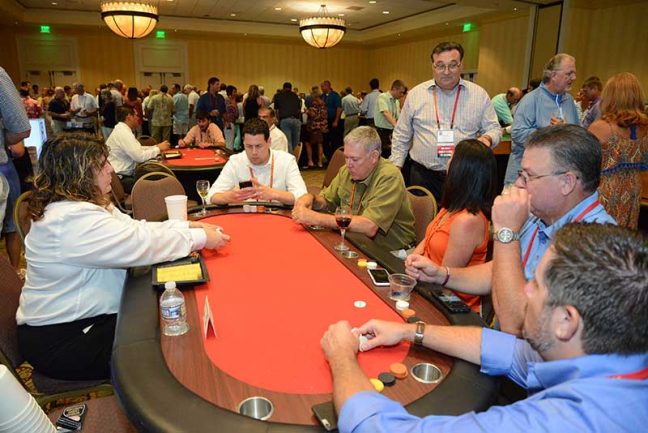 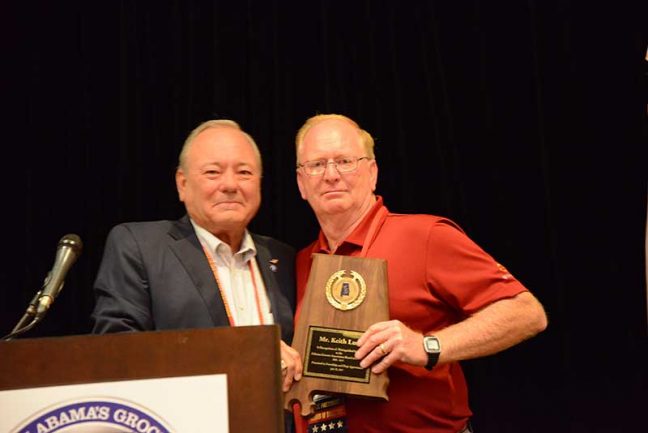 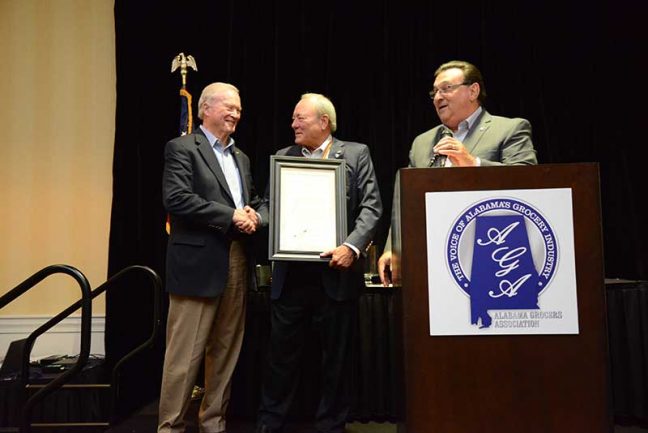 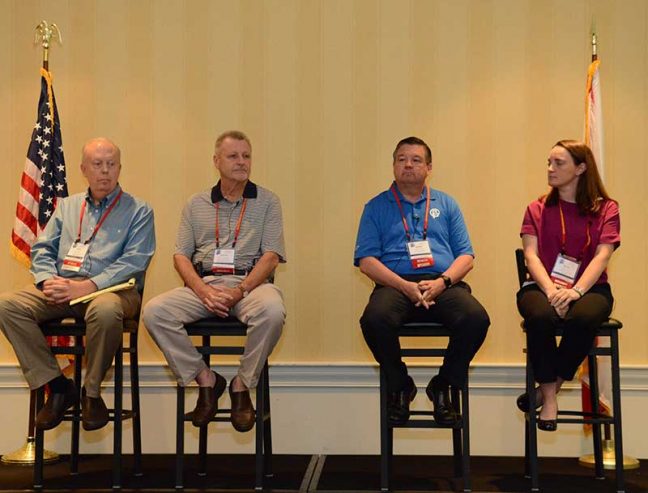 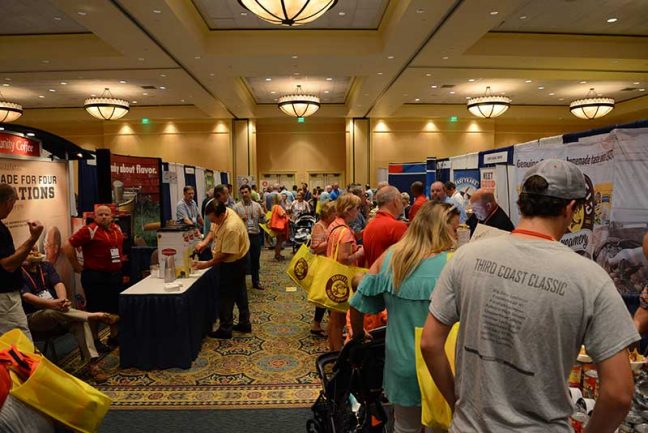 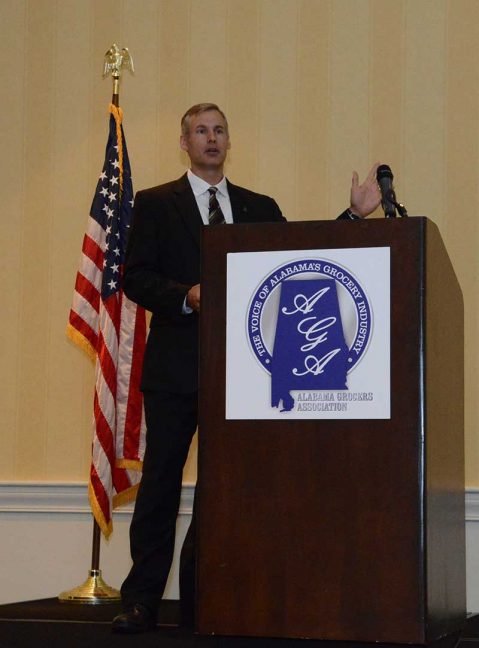 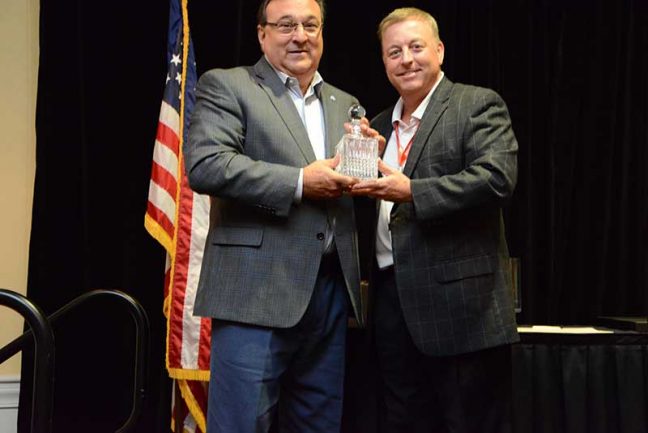 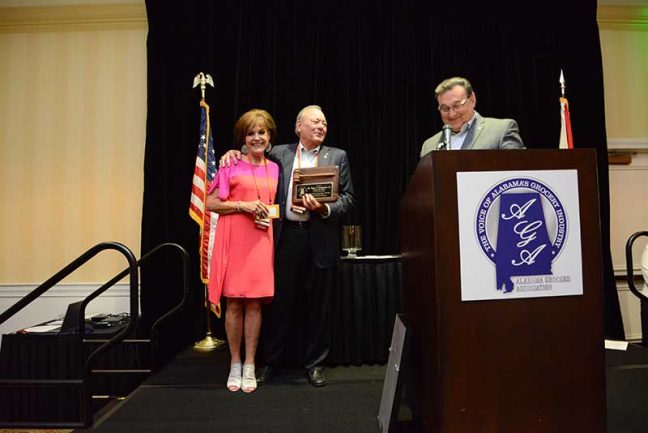 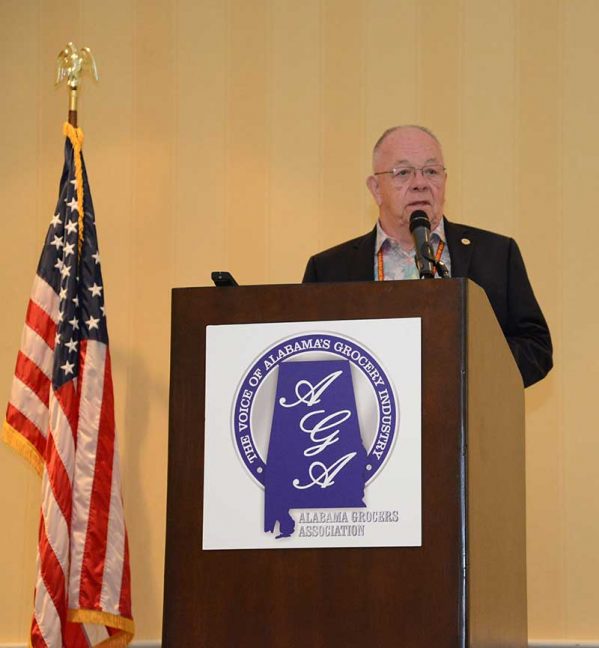 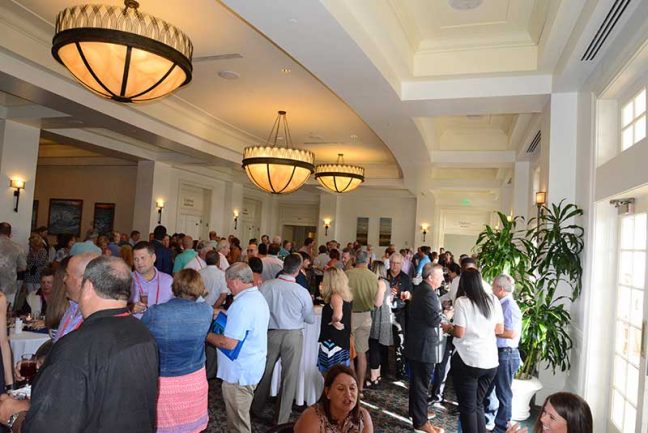 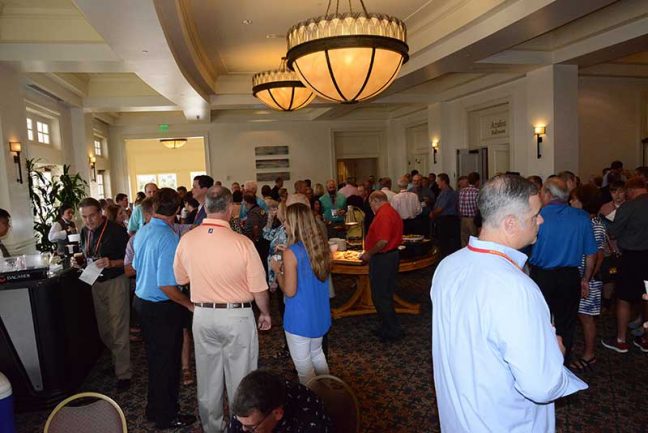 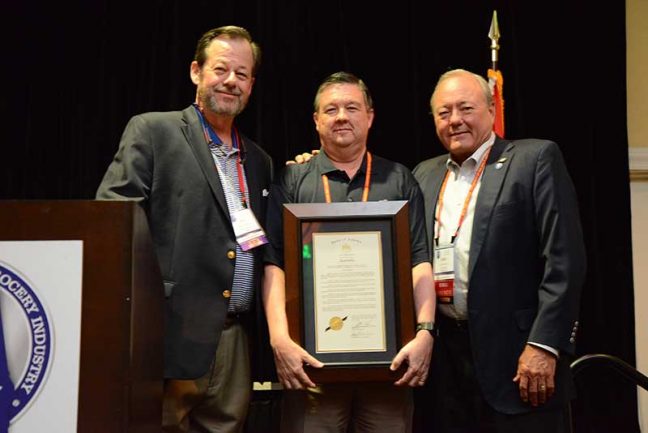 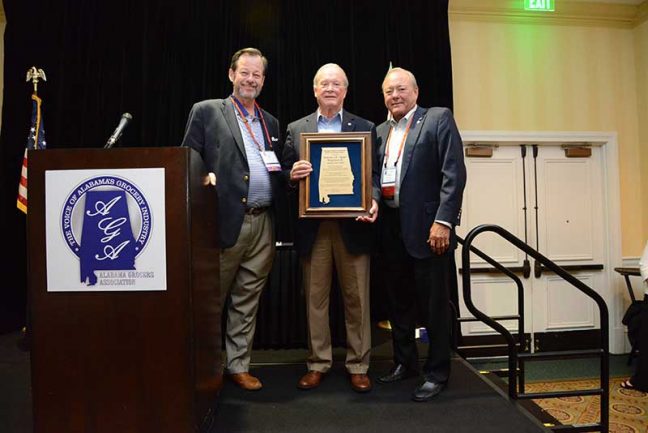 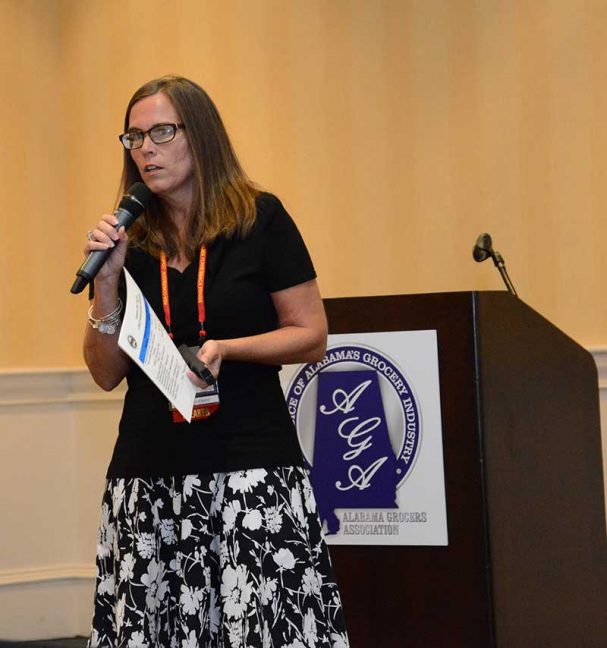 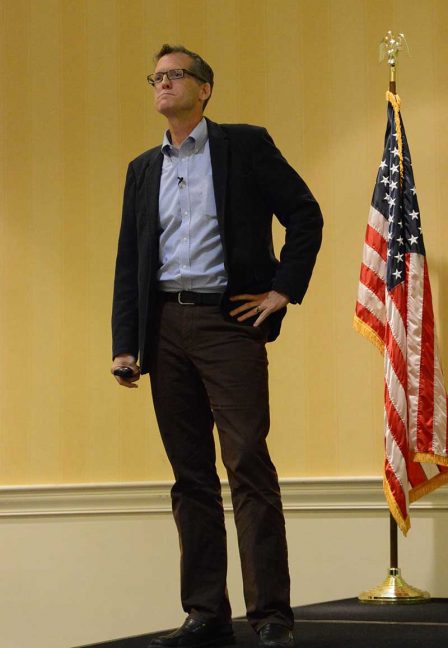