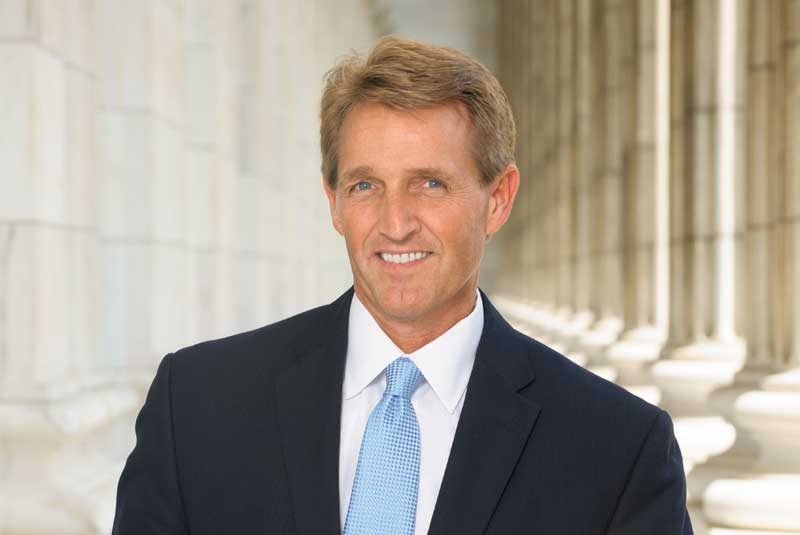 Arizona Senator Jeff Flake will serve as the opening keynote breakfast speaker at the annual United Fresh Washington Conference, Tuesday, Sept. 19. At a time of heightened political uncertainty in Washington, D.C., Senator Flake has become an outspoken voice on the need for compromise, civility and commitment to conservative values in our national government, says United Fresh. He is the author of a new book “Conscious of a Conservative: A Rejection of Destructive Politics and a Return to Principle,” outlining his call to change the current national dynamic.

“At a time when more Americans than ever are wondering what is going on in Washington, Senator Flake is adding a perspective that’s important to take seriously,” said United Fresh President and CEO Tom Stenzel. “With so many of our industry’s policy needs being buffeted by polarized arguments from the left and right, or being ignored altogether, Senator Flake offers a level-headed assessment of what’s needed to cut through today’s hyper-partisanship and divisive politics to achieve bipartisan solutions.”

Senator Flake, a member of the Senate Judiciary Committee, has been a long-time champion of immigration reform, supporting a transition to legal status for current agricultural workers and a new guest worker program to meet the needs of labor-intensive agriculture. He recently published an op-ed in The New York Times portraying the respect that U.S. growers have for their foreign-born workers.

Senator Flake has served in the U.S. Senate since 2013. In addition to the Judiciary Committee, he is a member of the Energy and Natural Resources Committee and the Foreign Relations Committee. Prior to his service in the Senate, he served in the U.S. House of Representatives from 2001 to 2013. He is a fifth-generation Arizonan who was raised on a cattle ranch in Snowflake, AZ

Each year, the United Fresh Washington Conference brings together hundreds of produce leaders from all sectors of the industry for education on critical issues such as immigration, trade, tax reform and nutrition. Attendees also take part in meetings with members of Congress and their staff, as well as top regulatory officials.