The first two sets of 14 planned tolls in Rhode Island will begin collecting from large commercial vehicles on Monday, June 11, opening up a new funding stream for bridge and road repairs. About $450 million per year is expected to be generated once all the toll booths are constructed.

Steve Arthurs, Rhode Island Food Dealers Association (RIFDA) president and CEO, informed RIFDA members this week that the first two sets of toll gantries, located in each direction near Exits 2 and 5 on Interstate 95 in the southern part of the state, have been undergoing testing for several months before going online. The two gantries were installed earlier this year.

Rhode Island Director of Transportation Peter Alviti said there will be a $20 total cap on tolls per day in the state. The first two tolls are expected to collect a combined $7.2 million per year to go towards repairing bridges near the sites. The remaining 12 gantry locations are slated to be constructed over the next 18 months. Of the $450 million expected to be generated, $60 million will be paid to the state contractor.

All of the gantries are electronic, so truck drivers will not need to slow down at the toll sites. Sensors will determine if the vehicle is eligible for a toll, and drivers will be charged through their E-Z Pass transponder or billed based on the license plate.

The Rhode Island Trucking Association has long fought against the tolls since they were proposed as part of Gov. Gina Raimondo’s signature “RhodeWorks” legislation, signed into law in 2016. The truckers have argued it is unfair to single out one type of vehicle and have repeatedly threatened to sue once the first toll is collected. The lawsuit is expected as soon as the tolling begins, and the plaintiffs are expected to seek an injunction to stop collections while the case is adjudicated.

Alviti says multiple studies have shown that large tractor-trailers cause the most damage to roads and bridges.

“We are highly confident that we have all of the defenses necessary to successfully defend against any challenge,” Alviti said during a recent news conference.

The $5 billion RhodeWorks plan, in year two of 10, contains more than 1,000 projects and is funded only partly by the truck tolls. The remaining funding comes from the Federal Highway Trust Fund, local DMV fees and the gas tax.

Alviti said the legislation does not include fines for trucks who divert around the tolls, but said the estimated revenue takes into account a small amount of diversion.

Tolling on passenger cars is explicitly banned in the RhodeWorks law, and Alviti said there are no plans to change that under the current administration.

Zero100 Introduces Platform For Operations Leaders And Their Teams 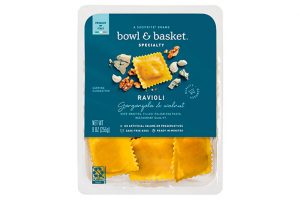